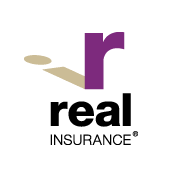 Having problems with Real Insurance?

Real insurance is the worst company to deal with . I became their customer 3 years ago, they were so helpful...

I am writing to warn everyone that with real insurance be aware that you will have to pay the excess fee, even if the accident is not your fault. I was involved in an accident in July 08, the other driver was completely at fault - the police attended the accident and wrote up a police report. In order to get my car back I HAD to pay the $1000 excess, which I was told that they would refund when they received the police report. After may phone calls and all the excuses under the sun, I finally received my excess back in Apr 09, only after I rang the insurance ombudsman.

This company who's adds are presented by Foxtell as well as real life cover is a con company and will...

Real Insurance
75
%
Fast & efficient, this company is head above their competitors when it comes down to taking care of their customers! Keep up the great work!