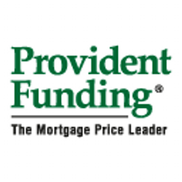 Having problems with Provident Funding Associates?

Provident Funding has turned out to be the most incompetent, deceitful and arrogant mortgage lender that I have ever dealt with.

For the past two years Provident Funding has missed paying my flood insurance premiums on time even though they took the money from my escrow account and notified me that they had paid each time. This year they went a step further. They took the money ($545) from escrow in December, 2008, notified me that they paid the bill but they never sent the check. They finally sent it in February, 2009 and after finally sending it, took out a "forced" flood insurance policy and are charging me an unconscionable $4, 380 for the "forced" policy. I have written to them, faxed them, phoned them and emailed them, but they refuse to acknowledge that it's their problem and I should not be charged. They could care less.

Do yourself a favor and don't get involved with this company. The effort and frustration in dealing with them is not worth it.

I find the customer service, and overall responsiveness of Provident Funding quite abhorrent. I have filed a...

Mailed in payment 1st week of December, didn't get processed until exactly the 15th. Called in on the morning of 15th asking if my payment had been misplaced, they said they had not record of it so i paid by phone ($15 fee). Learned that night that they found the check, and processed it in addition to the phone payment i made. Called back the next morning and asked if they could wave my $15 fee b/c i had been told by the agent they wouldn't charge me if they found my check.

Spoke to the Customer Service Supervisor Chris Porter who was extremely arrogant and unresponsive to any dialogue on the matter. I asked if he could give me the name and address of the president so i could personally write to him to issue my complaint, however he refused to divulge both pieces of information.

Did some research and found their address in Burlingame, California with Craig Pica as President. He will get a letter from me explaining how awful his customer service supervisor is. I'll definitely be spreading the word with my business associates about Provident Funding's lack of professionalism on the Customer Service side of things.

Great business Craig, however you need some improvement in the Customer Service Area, starting with your supervisor.

I was charged an improper late fee by Provident Funding due to a delay on my banks part with an online...

Provident Funding Associates
67
%
This company definitely cares about its customers and responds to overwhelming majority of complaints.