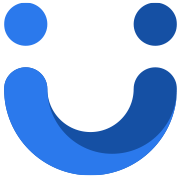 A number of complaints about them may terrify. Don't risk your money and never subscribe for their free...

PeopleSmart is totally useless!! I needed to find a persons address and other contact details so I decided to try this website. I paid $5 for the service and found nothing. There was a phone number which did not even work!
When I contacted PeopleSmart customer service they said that if I need more detailed information I have to pay some extra money. I asked how much it was and they said $50!
What a scam!

I opted for a one time only charge of .95 cents with a free 7 day trial. This company charged me 19.95/mo. when I caught up with them for several months. I called my bank, blocked them, and canceled my card. I just found out that they are recharging me using my new card. The bank allows auto withdrawals to come from wherever you have money. They didn't seem to understand that when I canceled my card, I canceled them. I thought that they were scamming me out of a monthly charge, but when I called them, they said that it is in the contract that I okayed. I would never have and I mean never have opted for a call to cancel deal! I mean NEVER! This is a very devious business practice. They finally cancelled me. The bank went into dispute over the charges, but did say that it was up to People Smart. DO NOT USE THIS SERVICE!!!

I woke up sick one morning and had to contact my supervisor, but didn't know his number. Unfortunately I used my credit card to pay a dollar or so for a one time info lookup. It wasn't much help. Now almost a year later I discover they have been charging me $19.95 per month for membership. I called the number and they agreed to refund as much as three months but insisted I had signed up. She pointed out that they had sent an email each month before charging me, but the emails look like solicitations to join and don't mention that I'm already a member. One says that I can join for about three dollars a month. When you search the web for peoplesmart.com you get almost all peoplesmart company sites.

They get your credit card number and they will bill you 19.95

Reverse phone number lookup shoyld be called reverse phone number lookout. If you want to determinbe who owns a number, t his web site says you can do that with a 95 cent charge, , , , 90 % off the normal 19.95 month subscription price.. If you opt to do this...read the the fine print at the page bottom, This is really a 7 day trail offer and if you dont cancel the service in 7 days your credit card willl be billed 19.95. The scam is: they get your credit card number and they will bill you 19.95 ffor a longer term subscription which you probaly do not want. This type of info used to be free on the internet and now this comnpany is taking advantage of someone wanting to lookup one number... and many will not read the fine priint or will not call back to cancel...Not illegal here but irresponsilble sales tactics.

I paid 39.95 for a full Background Check on someone but received only past addresses and false employment history for the person I was requesting it for; a service that was advertised for $1.95. The person I was requesting information about spent time in prison, but the Background Check said no criminal record. It also gave false information about her employment, as if they took someone else's information and just pasted it in. I will definitely report this company to the Better Business Bureau and will monitor my bank statements carefully to make sure I'm not billed $39.95 twice for a $1.95 service. I only wish I would have read these complaints BEFORE using People Smart!!!

Tried to charge an annual fee

I paid the 1.95 fee for a report to which I never finished the process of getting the report. After reading these comments, I called them and told them that I did not want the report because I din not want my credit card charged for the annual fee. I proceeded to tell the man on the phone that I thought this was a scam and that they should make things clearer about the annual fee. I asked him about the 7 day Free Trial and he said that I had to register for the trial:. I thought that was what I did when I paid for the one report;. I proceeded to tell him that the company should not scam people like that|. He told me that it is stated twice in the initial activation?. I would consider myself a smart person and do not see how I ncould have missed it both times along with so many other people whom I'm sure are just as smart|. Long story short, I told him I did not even want the report or anything to do with this company and he was very nice and immediately credited my account he said, . I have not received the money back yet but will be checking daily'. My advice is to not subscribe to this company as they are too misleading!!!

purchased this service that promised unlimited reverse phone look up and was charged 34.95, then I was given only 25 crediys which was good for 1 look up, and it wasn't the person I was looking for, but a dead lady passed away 5 years so obviously they are vulturing old records and unable to provide anyone with legitimate current info, plus it is more money each time you want to look, not unlimited as they advertise! any internet business associated with CLICKBANK ( the hidden affiliate is a SCAM SCAM SCAM

I also was looking for someone and never signed up for the membership and ws charged $1.95 four days later i was checking my balance online at my bank and was also charged $35.40 now i have to file a dispute with my bank im glad i checked or i would of had overdraft fees along with the 35.40 i should of not been charged.i also reported People Smart to the BBB.they are people smart alright when it comes to ripping people off.i hope somebody somehow puts a stop to these people before they take advantage of more people like us.if i would of know i was going to becharged 35.40 i would of never used this company.people beware .

PeopleSmart is fundamentally dishonest in many ways. The website claimed I would be given a full background...

I got ripped off too, but I called [protected] (number listed in someone else's post below) and when I...

I checked my Pay Pal transaction history and I found People Smart had made an unauthorized charge on my account. On 01/27/11 I made two authorized payments to People Smart totaling $69.90 for a one year unlimited search. However, on 02/03/11 an additional charge of $35.40 appeared on my account with no explanation.

PeopleSmart.com
0
%
Doing nothing would be this company's favorite pastime, if they had the energy for it.