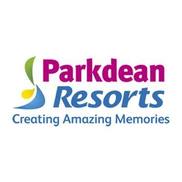 ComplaintsBoard.com is not affiliated, associated, authorized, endorsed by, or in any way officially connected with Parkdean Resorts (formerly Park Resorts).

To whom this may concern,

I am writing to complain about our recent stay at Romney Sands Holiday Park. I very rarely and cause or the time to complain, with two young children but I feel I have to make time to provide feedback so that other guests' stays can hopefully be better. I'm sorry to say, we were incredibly disappointed with the accommodation and the service we received at Romney Sands. We fully appreciate the strain you must be under with all the COVID restrictions, to still provide family breaks but there are certain standards that should still be met. And in terms of cleanliness, standards that are even more important to be met.

Our accommodation was on the first floor which made coming and going with a pram very difficult. I'd have like to have been made aware of this before we arrived or given the choice of a ground floor. The entrance to the property was very dirty and full of cobwebs.

As we walked in we first saw the wobbly, unsecure freestanding and BROKEN bookcase, which we had to move immediately into one of the bedrooms to stop our toddler from climbing up and and pulling it down on himself or falling through the broken shelf. In the kitchen there was only one working plug socket. Meaning we had to chose between kettle/toaster/microwave to use at any one time.
The doors to the bedrooms and bathroom were so difficult to open, they were completely stiff and needed force to open, meaning our daughter couldn't just take herself off to the loo as she usually does. They also made a horrendous noise when we did manage to get them open.
The towel hook on the bathroom door was hanging off, the toilet was dirty, the dust level on the pipes and floor was unacceptable.

In the kitchen we arrived to dead flies all over the window sill. The fridge door did not close properly so our milk and butter got warm and inedible. There were no cooking utensils fit for purpose, the sharpest knife in the drawer struggled to cut grapes for my youngest. The pots in the drawer were all filthy and clearly hadn't been cleaned since their last use. It's misleading to advertise ‘self catering' if you cannot cook a meal with the equipment provided. The kitchen bin was tiny and overflowing after 2 days.

We had dinner in the boathouse restaurant on our first evening and unfortunately, it was awful. The food was cold, took a long time to arrive and was of poor quality and the service was quite shocking. I asked for some bread and butter 4 times before it eventually arrived, and asked for a small bowl for my toddler literally 6 times, eventually giving up and feeding him from a cup lid I had in my bag.

Again, I appreciate the extra steps you're all having to take and the added procedures you're having to follow but it doesn't feel as though you were ready to open and operate the holiday park.

The swimming sessions of 45 minutes really are not long enough, they needed to be at least an hour, especially considering there is not much else to do indoors when the weather is poor.

We booked this as a budget, last minute week to the seaside for the children given the unpleasant year we've all had, and although we didn't spend an incredible amount of money to come here and were under no illusion about the limitations considering the cost, it was still over £300 which is a lot of money to us and we really don't feel our stay was worth anywhere near that amount in all honesty.

We are really reluctant to use Parkdean again which is a real shame.

I'd appreciate a response with your comments.

In February I booked a holiday with Parkdean Resorts booking number 7953372, I paid most of the funds due...

Dear Sir or Madam, I am writing to you to make a complaint and express how disappointed and defrauded I feel...

Currently staying at Highfield Grange Clacton on Sea Reported on first day that window locks were broken and...

Parkdean Resorts (formerly Park Resorts) — holiday not what we paid for.

Well what can I say about Thorness bay apart from this STAY WELL CLEAR OF THIS HOLIDAY PARK AND COMPANY. We...

Myself and family recently stayed at this park, this was a treat for my mother in laws eighth birthday, so we had a few minor issues but our main complaint is the problem with the electric on site and the rude attitude of most staff, so on Friday the third of May (our first night ) at ten thirty our electric went off leaving darkest and no heating or water in -3 conditions, My wife phoned the security number, and also spoke to other caravan residents, who also had issues, they person on the phone told me they where dealing with it, so on Goes the electric, it then goes on and off until at eleven thirty it stays off, fed up and tired we wrap blankets around and sleep in clothing, it gets colder and colder, within the caravan we have my mother in laws whose eighty and asthmatic, and my niece who is 8 month's pregnant, so two vulnerable people.so at six o'clock, My wife phoned security again, this time is out at our caravan, she found this man to be rude and arrogant, he said we had too much stuff on, (fire, kettle, TV, all provided by park dean), My wife tired to explain that it was all caravans in that area, the man started shouting you didn't listen to me on the phone and you are not listening to me now, My wife asked if he thought this was a nice manner talk to a customer?, and asked if he was employed by park dean? He said no in a sarcastic manner and point to his park dean badge, She asked for his name and told him she would complain, he then said i am Stevie and I will see you at reception at nine, this was said as a threat, after this until around ten a.m the electric went on and off, we complained at reception and asked to moved caravan as no one was aware if the electric would be fixed, I was told no, I also complained regarding the security guard, the staff was disinterested and said the electrician was in way, so after ten thirty and another visit from security who this time blamed the kettle, finally electric is on, we manage to have Sunday as a day with all facilities working, Monday (our check out day) out goes the electric around eight thirty, we have no hot water for washing, no facilities for making breakfast, no heating yet again, the weather was very cold but the sun was out so not as cold as Friday, so my wife and my sister in law go to inform reception regarding problems we are having, first girl is very disinterested and they ask if they are not going to offer anything, even a cup of tea? The girl said no she can't do that and they ask for the manager, other girl at desk says she's is the manager they tell her our problems, first she says she doesn't know anything about the problem with electric on Friday, and tell her they have complained regarding security, Stevie's attitude, she then agreed with Stevie that it was probably our own fault, after challenge on this she changes her mind but says it's one of they things over and over, she agrees finally that we can't check out until electric is fixed and let's us stay in longer, they suggested that maybe as courteous we should be offered something, she said like what? My wife asked for breakfast and she agrees, she then offers money off a future holiday with park dean but is quite rude saying if we take it we have no further right to complain, and that she dealt herself with all complaints anyway, so we declined, We also will be very unlikely to use park dean again, customer service is shocking from all employees, except Angela (housekeeper) who was the only park dean employee who was willing to listen, we have not had what we paid for except on Saturday and would ask we are refunded for the lack of facilities, we also ask that staff are given customer service training refresher as the let park dean down badly.

My father owned a Caravan on a Park Resorts site. Neither my sister or I wished to keep the caravan so we...

Booking reference Im contacting you to see if you can help with my complaint about my holiday at crimdon dene...

We have been on Todber Valley Gisburn site for nearly 4 years now and enjoyed our time here. Unfortunately...

i bought my caravan in 2015 from cresswell towers (park resorts) snice then i have complained about my van...

Last year in january I had an accident and was unable to work due to this. As a result I informed park...

Holidayed at Eyemouth park resort and loved the area so after a sales pitch decided to buy. A year later...

In September 2015 my Aunt (75 years old) bought a holiday home at Sandy Bay site on the Northumberland coast...

Park Resorts — How the company operates

Parkdean Resorts (formerly Park Resorts)
14
%
There is some slight activity coming from this company when it comes down to resolving complaints, but so far it's neither timely, nor relevant.