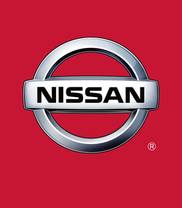 Having problems with Nissan?

I purchased a 2018 nissan sentra in june of 2018. The car is a lemon it has had several issues that have finally been addressed starting in february it was only a temporary fix, I am now having the same issues again. The car is clearly a lemon and I have been trying to get the dealership or corporate to work with me the arbitration started to buy the vehicle back and cancel my loan. The car is very unsafe and almost caused me to get any rear-end accident. The brake assist is faulty, the car does not start, lightning on the console dims out and they're just the things I can think of.

Bought a 2019 Versa from Sterling McCall and they refused to give a written quote for body damage because they realized the car had been previously wreck before they sold it to me 7 months earlier.
What should I do next?

My paint on the hood area and other areas are peeling off in sheets down to the gray parts. This has been oongoing over the last 1-2 years.
What are you doing to rectify this situation?
I would like you to repaint it as a manufacturer defect or reimburse payment on a paint job.

This is my formal complaint against Cardinale Nissan only. The "On August 30th 2019 I called Cardinale...

Hi,
This is an issue I have been facing with my car and don't know how it can be solved.
The following is the series of events:
1. My Nissan Pathfinder (2017 SL), would not start last week and was towed to Nissan Go [Edmonton South]
2. They said it was the issue with the alternator and as a result the battery died.
3. The alternator and battery was replaced.
4. I got the car back and in the next few days I started to realise that my headlights and all lights on the car flickered when the RPM went high and the headlights would dim when I put the reverse gear and when I turn the steering wheel. [Please note that the flickering is not continuous, it flickers one time the rpm goes high, and repeats when the rpm goes up again]
5. I reported this to Nissan Go [South Edmonton] and took the car for a check up. They informed me that the battery was getting frozen [This is a battery that was replaced less than a week ago]. They said the battery was at 80 % charge. They stated that the alternator is working fine. When this happened the temperature in my area was -35 deg C.
6. During this inspection, they identified some other component was leaking and asked me to come after a few days since the part had to be ordered. The service person who talked to me said I would not be charged for the inspection.
7. I took the car back on 24th Jan 2020 for the replacement of the component that was leaking. This was done and when I went to collect my car in the evening, I was told that I had to pay for the inspection [flickering lights].
8. The light flickering issue started after the alternator and battery was replaced by Nissan Go [Edmonton South] and they could not fix the issue and still I have to pay was one of my concern. The other concern that I have is that there should be some issue because of why the lights are flickering which needs to be fixed. Could you please give me a solution for this. I usually travel with my family and have a son who is just 3 years old. I bought this car so that i can do adventurous drives. I do not want to be stuck in the middle of no where.
Please help me out on this.
Thanks,
Tobit.

I have an issue in my car 2019 the safety alarm is giving red on orange on the dashboard with sound/noise. I stopped it on the near maintenance center last Saturday 28th Dec 2019 and they informed me that they need to keep it at the maintenance center because they wanna order and change the spare part called brake pump. Acutely it's a defect of manufactory in braking system. Note that the car purchased on last May 2019 and it's under warranty.
As you know I have a family and the weather is very cold and I have no car to serve them.

I and my family really disappointed that We purchased a brand new car and discovered that there is a defect on the new car taking in your consideration that my home is far away from the center and the kids school therefore We raise this complaint to compensate us for that since it's manufactory defect.
Thanks,
Mais Abu Yaseen & family

I had a painful and worst process of buying a new car from Essendon Nissan recently. Credit goes to James and...

I had a 2008 vehicle towed. Plaid home tag after 2 days they told me what vehicle needed. Besides the tire...

I'm in the process of shopping for a new Nissan Rogue. I've owned several of them and really like the vehicle and the brand. On Monday 11/25/2019 I reached out to this dealer since I'd dealt with them before. I had had an service issue with this particular dealer as well that I complained to management about. On this particular day I was inquiring about some of the features in the Rogue Sport that I needed to know if they were part of the package or if they required an additional fee. The lady that was assisting me was trying but didn't know the info. She asked if she could put me on hold which I obliged. She failed to actually put me on hold and I was witness to a brief vulgar rant while the phone was down. When she returned I told her I didn't want to speak with her anymore but wanted to talk to her supervisor. She indicated her supervisor was not available. I asked for supervisor's voice mail. I get a call from her supervisor (Kara) and we talked. She only made excuses for the customer service rep to the point that she told me that it's a male dominated environment and the rep was afraid to ask some of the male salesmen for help. I found her excuse offensive and inappropriate. I told her so. I added that as the father of two women, I would never allow my daughters to their gender as an excuse. Kara then proceeded to tell me how she had managed other companies before and she knew what she was doing . Her excuses were totally unprofessional. I asked that she focus on properly training the young customer service rep. I didn't feel firing or admonishing her would help in spite of her vulgar language. I must emphasize she was not directing it at me. She just failed to properly place the call on hold. The department manager's excuses is something I find unacceptable. I told her I would not be purchasing my next vehicle from Zeigler's and that I would actually write a review since this was yet another incident I had at this particular dealer. The previous issue was with the service department.

On 11/27/2019 I got a call from another manager (Joe) and wanted to discuss the issue. At this point I was no longer interested in hearing out excuses being made for poor training and horrible service. I never returned his call. I will probably still buy a Rogue, which I am still strongly considering whether or not I should walk away from the brand altogether. I hope Zeigler Nissan start focusing on thoroughly training staff properly and stop making stupid, unprofessional excuses on their behalf. For now I will take my business and my money somewhere else.

Below is the series of incidents- 1) car picked up by neo nissan driver for normal servicing on 05th oct...

the wideness of this vehicle!

This vehicle is ridiculously wide. I live in a town home community and the parking spaces are marked at a normal width. My neighbors both own one of these vehicles. We have never had parking issues until they moved in. My car has been damaged over and over by their wide car doors hitting my sedan. Their SUV's cannot fit in the parking spaces which are normal width!

I drove a Rouge as rental car for 3 days and had to park with the work and pick up trucks to be courteous so I would not keep someone from getting into their vehicle. Think about people with disabilities and children!

If your going to continue to make this awful vehicle, please either switch to sliding doors or give it some height. You will eventually have a lawsuit on your hands if something isn't done about this!

not satisfied with the nissan x trail I bought 2017

I took my vehicle (Nissan Xtrial) for a service in the 2nd week of july 2019 and requested my vehicle to be...

DPF failure. Caused other major problems. Difficulty performing burn.
Has contributed to sensor failures, turbo failure and other issues.
Appears there are many instances of DPF's failing and causing major problems.
Will Nissan be doing what Toyota and Mazda have done and recall and or compensate.
I'm still having issues with engine light coming on and new codes being found.

unprofessional behaviour, unwilling to deal with the problem

Dear Nissan, Good day to you, my name is Ragunalan Krisnan from Malaysia. my email Address ...

I went to Hyundai Bundaberg, to look at buying a new car (Tucson Highlander) and I was spoke to like I was a...

I purchase a Nissan Titan SV 2019 after purchase I found out I had a defect in the bed now when I call all I...

Nissan
1
%
Doing nothing would be this company's favorite pastime, if they had the energy for it.