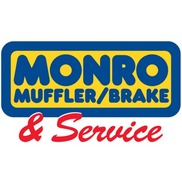 Having problems with Monro Muffler Brake?

i have had many issues with monro muffler. i will never go back to this location. the people they have running it are very imature and have filthy language. they broke my truck, and said they made it right but it still was not the same. they smoke in the garbage and have there freinds and girlfriends there working on there own cars. this place is a joke and i have talked with other victoms of this garage and they say they will never return. please do somthing about this store. the manager is even doing these things with the employees. and i even believe there might be drug dealing going on there.

either incompetent or scam artists

I went to Monroe Muffler to get an oil change. I asked them to check a rattling noise that I was experiencing on the front left side of my car whenever my car hit a bump. It sounded like something was loose or broken. After checking my car, I was told that I needed front struts, top mounts, and a sway bar link. This was to be followed by an alignment. Total cost: $1, 020.

Later that week, I dropped my car off at a local car repair shop that I trust for a second opinion and estimate. Later that morning, when I called them back for the estimate, they told me that the car was done. What they found was that a bolt was loose. A couple of turns with a wrench and no more rattling sound. They charged me $35.

What I have learned is that the technician at Monroe Muffler is either incompetent or a croook.

2006 Ford Taurus taken for exhaust noise. Daughter in law was told it was the catalytic converter and would...

Monro Muffler/Brake technician crashed my car during the wheel alignment. They pretend nothing happen; they parked my car in shopping center parking lot after the wheel alignment. As they know the parking lot is disclaim area.Monro Manager Keith Ravens claimed that there was no any damage when he parked my car; the impact could be hit by the another car.(ie Hit and run)I really don't believe it, the impact in my car looks like somebody drove my car backward, then hit to the concerte wall corner or pole sth. The impact is very localize and sharp deep shape.There is no any car shape like this. Between 3:15PM and 4:30PM, only the Manager Keith Ravens and technician Jason Jones owned my car key.They did crash my car.They try to walk away the responsiblity so parked my car in the parking lot. Monro Muffler Brake in Cary Walnut street refuse to pay for my car damage. My car damage cost $3065.20. I need to call my own insurance company. I feel very very unfair, I just want to have wheel alignment, now I need to spend extra$ 500 dollars for my deductible and maybe increase my premium because I did the claim. Although they insisted they did not do that, my car impact is a very powerful silent witness.I can send you my car damage photos, you will believe what I am telling you is true.

I hate Monro Muffler Brake and Services. It is the worst service center I have come across in my life so far. I wish I could go there and just burn the place down. I have had the worst experience with them. They have no respect for customers. I will never go back to that crappy service station again. They are an absolute rip off! I truly regret going there. They do nothing right. All they know is to give the stupid talks they give. And do nothing. They try to hard sell you and that is really irritating. They get on your verves. I almost went to hit a guy once because he was acting too smart and was talking very rudely. They are expensive like hell. For small repairs they rip you off of all you have! I found out about that only after I finished with these idiots. I will not go back there again. Please stay away form these rip offs! Monro Muffler Brake and services you suck big time. This is my message for them. I wish I could put it up on every street.

I had just done $1, 000.00 of repairs from this company. When I drove the car that evening the brakes were squishy so I contacted the company and they said it would take a few days for them to firm up; not knowing much about brakes I believed them. A few days later the brakes actually got worse so I decided to take the car to them. When I dropped my car off I handed the mechanic my keys; who immediately took my car out for a test ride and then I left I was told that they would call as soon as they knew anything. Two hours later I got a call that there was air in my brake lines and they had fixed the problem. I told them that I would be there around 6pm as there were another 5 hours I told them to do an oil change, which they readily agreed. I returned at 6PM, the attendant handed me my keys and said that it was all set. For a second I thought 'wow they gave me the oil change free because they messed up in the first place.' So I asked the guy why there was no charge for the oil change he said because they didn't do one... Mind you there was only one other car there. So a bit perturbed I went to go leave. When I went to unlock my car it was already unlocked which is odd because I always lock my car doors. So I sat in my car and went to go start it when I noticed my stereo had been removed! When I went to get out of the car I also noticed that my arm console was broken. I immediately went back in and told the mechanic what happened. He called me a liar and said there was never a stereo in there! So I replayed the events of the day letting him know that his younger attendant test drove it and that he was not the first person to be in the car. So the next day the manager contacted me and he refused that it was their responsibility. He stuck to the words of the mechanic that there was no stereo. I have quoted that this company is a thief and we all should avoid it.

I talked with the manager on 7/9/09 at store 857 and told him that my ABS and break light went on & wanted him to look at the car. I told Anthony Bellman that it was imperative that the car be in good working order by the time I drove back from Upper Arlington, ohio to Maryland on 7/12/2009. I got a call from the shop that they were not sure what was causing the warning light to go off but noticed that the rear drum break was bad and needed to be replaced. He believed that it was a potential cause of the warning light. I received a finished call that stated he checked the breaks and did several hard stops and it looked to be ok. My wife picked up the car and drove it one block back to the house. I took the car out saturday 7/11/09 and noticed an uneven grinding on one wheel not consistant with the normal wearing of new break pads. Since the store was not open on sunday 7/12/09 and their limited warranty stated that I cannot have other mechanics look at the car, Store 0857 did not comply to our agreement that the car would be fixed and in good working condition by 7/12/09. I was forced to purchase a ticket to fly my wife back in time for work on 7/13/09 for $148.60

This happened at the Fredonia Dunkirk store. I had been going to this shop for a little while. They told me they would fix my car because it wasn't starting. They made opps. and broke them before two weeks later they took my car in for a full day and didn't do a thing to it and gave it back to me telling me to clean my battery terms my self because he was gonna charge me 50$ for it and it would save me money. It doesn't work so I make an opp to bring the car back in. he ends up doing the termsinals himself, charging the 50 for it and my car still didn't work. so I bring it in 2 weeks later (mind you this hole time this is my only mode of trans so I'm sitting in my work parking lot everyday trying to crank the car) "VERY EMBARRISING" The one worker tells me that my alternator is bad. They replace it the same day and they broke my 500 dollar navi cd player in the process. I worked with them for a while on it bringing my car in every other day just for them to say that they a=re "gonna fix it" To make a big loooong story short I called there corporate and they were very unprofessional. They have been ripping of college kids in the area for awhile now and should be stopped.

Took car there to have old tires replaced with new ones I bought off tire rack. They put a nice scratch on my rim and balanced my tire three separate times and still couldn't get it right. Even though the guy who did it drove it said they were good and balanced they weren't. I got on the highway and had some serious vibration. I finally got tired of dealing with these incompetent idiots that I took it somewhere else and they showed me how far off the tires were out of balance and fixed the problem. Don't go there even if they seem like a good deal.

bad brake jobs on two of my cars

I took my car in to my local Monro Muffler to have my brakes looked at, new tires put on and an oil...

Mechanic at Monroe Muffler caused damage to struts and strut plates in order to make more money. I took my...

For the last four years, I have been a mechanic for Monro Muffler & Brake. The company pay plan is based on a...

Monro Muffler Brake
0
%
Doing nothing would be this company's favorite pastime, if they had the energy for it.