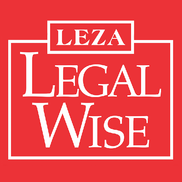 ComplaintsBoard.com is not affiliated, associated, authorized, endorsed by, or in any way officially connected with LegalWise.

This afternoon I had a 14h30 appointment with polo, a very rude & disrespectful lady. Firstly she doesn't...

Legalwise is the most incompetent and unprofessional service company I regret ever having to deal with. Now I...

The beginning of June, I requested legal assistance with legal wise Port Elizabeth. My matter is one where, I...

Beginning of March I requested legal assistance with a case from legal wise, I was appointed a legal representative that seem not to be interested on my case, I have left her count less messages for her to call me so we can discuss the case, it would also seem like she does not even know what the case is about. She does not even follow up, I have complained about her services even spoke to her boss who advised me on how the case she be handled. He promised that he would talk to her and advise her on how to handle the case and that was the last I heard from Legal wise. It is very frustrating considering that I launched this case beginning of March we are now approaching mid June and nothing solid has been done on the case. I have called legal wise a number of times requesting they give me another legal representative as clearly the current one is not interested but did not win on my request they keep telling me that they will log a formal complaint but I still have not received any assistance.

I referred my case to you to for an assisting in April 2017 already but to date (end May 2017) I have not received any help.
As a member of Legalwise I paid my premium for the past 10 Years and have never missed a single premium and feel like I have been robbed all of the premiums paid because they could not help me in the time of need. Pretoria Branch is hopeless.

I have lost the case because I did not get the required representation and/or legal advice I was entitled to. The dealership where a bought the car forced my hand to take the faulty car back and I did not have a choice.
My question to you is “Why was I not assisted.”
I finally sent an email to customer care (Connie), for two weeks she failed to respond to my dissatisfaction.

I feel they are in a business of collecting premiums only!
Harold [protected]

I am sick and tired of this. I have never had or signed any consent or contract with legal wise, I have no...

I had complain in 201433 against my insurance company(eyewise) for house contents that was not replaced after...

My name is Schelton I have received a email of harassment from a Bareng from the Benoni branch in south...

on the 18th September 2014 I lodged a complain at Ghandi squarer legal wise offices at Johannesburg .They...

Legalwise - Show no emphathy towards their customers and have no idea what "Customer Service Excellence"...

Good day, I reported a case of unfair dismissal as my employer retrenched me and did not follow the correct procedure. I was unemployed for more than a year & according to the lawyer who was appointed by Legal wise, my employer had to pay me out for unfair dismissal. No one gets back to me & I've been logging complaints on HelloPeter. My first complaint was raised on 26 Jan 2011 & Lynda Hasert advised that the manager will deal with it. Couple of emails & months later & neither Legalwise nor its appointed lawyers (Nishlan Moodley attorneys) are getting back to me re my case after I've been informed that my case is being dealt with by the sheriff of the court & that I will be hearing from the lawayers. I'm still waiting & its a year later but no one is responding.My legalwise membership no. is [protected] & case no.
Client no LW/W35

Legalwise — not responding to my query

LegalWise
12
%
There is some slight activity coming from this company when it comes down to resolving complaints, but so far it's neither timely, nor relevant.