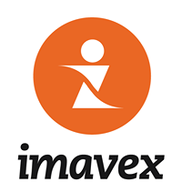 Having problems with Imavex?

Imavex reviews first appeared on Complaints Board on Oct 27, 2012. The latest review website design and implementation was posted on Mar 7, 2018. Imavex has an average consumer rating of 1 stars from 3 reviews. Imavex has resolved 0 complaints.

ComplaintsBoard.com is not affiliated, associated, authorized, endorsed by, or in any way officially connected with Imavex Customer Service. Initial Imavex complaints should be directed to their team directly. You can find contact details for Imavex above.

Use this comments board to leave complaints and reviews about Imavex. Discuss the issues you have had with Imavex and work with their customer service team to find a resolution.

Beware of Imavex. Our company used a free, open development shopping cart package that simply needed upgrading for mobile friendly formatting. Imavex looked at our site and promised a new site in 90-120 days. After 330 days, we finally had to stop the project as we still had no solutions to several problems, one of which involved being able to update product data. They refused any refunds of our downpayment. The team was great to work with but management was noticeably absent and entirely non-involved. During this long ordeal, they acknowledged the issues that they were having, but not one time did they indicate that anything we were asking for was beyond the original scope. They never requested or even suggested additional fees. In other words, the project was exactly as we had laid out during the quote and discovery process. What caused their failure to complete is unknown. If considering them, be very careful, make no payments until after live date and if you're smart, you might try someone without these kinds of negative reviews. We depended on them and - as nice as they were to work with - it was a complete failure and waste of money for all parties. It was a disappointment that they refused to acknowledge that 330 days later was not a failure and that they were entitled to keep our progress payments.

I was unable to make changes on my complaint . I am updating my complaint.. I received an email from Imavex.. I was asked whether or not I could get into my account . I expressed to them that I was still not able to get into my account.. I was told that I should send them an email with any questions. Is a little late for all of this as I have not had service for a month and still cannot use the service. . I have suggested a compromise I would pay $150.00 and that would be the end of it. I will keep you posted as to what happens.

Imavex
Doing nothing would be this company's favorite pastime, if they had the energy for it.