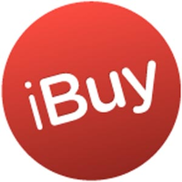 Having problems with iBuy Stores?

ComplaintsBoard.com is not affiliated, associated, authorized, endorsed by, or in any way officially connected with iBuy Stores Customer Service. Initial iBuy Stores complaints should be directed to their team directly. You can find contact details for iBuy Stores above.

Use this comments board to leave complaints and reviews about iBuy Stores. Discuss the issues you have had with iBuy Stores and work with their customer service team to find a resolution.

The complaint has been investigated and
resolved to the customer's satisfaction
Resolved iBuy Stores — very slow shipping, unable to return item, and incorrect item

Selected the belt for the tile saw from the diagram on their website. Confirmed the saw model and make matched exactly and that the correct belt was selected. No indication of the shipping time was given.

Approximately 50 days later the belt arrived. The belt that was sent did not fit the saw and was completely incorrect.

Because of the delay in shipping, I was unable to use the saw for about 2 weeks while waiting. Because the belt was incorrect it cost me another week while I sourced the belt locally and had it delivered in less than 1 week.

I set the frustrating belts aside and forgot about them. About 4 months after receiving the item I found them and tried to return them, only to be told that I could not. Now I have two $100 belts that are incorrect and they won't take them back. The belts are still in brand new condition.

iBuy accepted return of the belts for a full refund, less 25% restocking fee and shipping costs. It took only a few emails back and forth, a printed shipping label, and on receiving the return they have acknowledged receipt. Refund appears to be en route. Notably this was only offered in direct response to lodging a complaint. Additionally, after lodging the compliant they appeared to threaten to take legal action because of the complaint. Not exactly consumer friendly, but in the end they were able to resolve the problem in an acceptable way.

On ibuyfireplaces.com I purchased a Majestic Fireplace along with pipe sections and other items I needed. I...

I placed an order on constructionparts.com for norton clipper saw parts. I was pleased that they had the parts I needed at a reasonable price. The parts were delivered to place of business and I was able to easily install these items and continue the job I was doing. I will order from this company again because they have a fast delivery time and excellent quality items.

Justfireplaceparts.com was the website that I used to place an order for parts for my fireplace. I had...

I placed an order on ibuyfireplaceparts.com for items that I needed for my fireplace, a circuit board and a log set. The man I spoke to notified me the items were in stock and would ship out that same day. I received an email confirmation of my order as well as a email with a tracking number. I received my items a couple days later. I was happy with my experience.

I placed an order on justgrillparts.com for parts that I needed to repair my grill. I was having trouble...

My father placed an order for parts for his fireplace on 31 Oct, 2014 over the phone. After several weeks, he called to find out the status of his order. They asked for his order number, but was never provided one so he could not give it to him. They were able to find him by name, and told him the parts were on backorder, and he would have known this if he had provided an email address. He does not do business via email/electronically, so they could have either told him this when speaking to him on the phone when he placed his order, or once they found out, they could have called. Regardless, after another several weeks, he again calls and was given an expected delivery date in mid-December. Fantastic considering it was quite cold in November. Regardless, he received his parts on 24 December, nearly 2 months after placing his order. This company did nothing to keep him informed of his order status, and was more than happy to take his money on 31 October.

IbuyStores.com is not an honest online retailer.
I would suggest avoiding this company at all costs.
Ordered a part for a Vermont casting woodstove 11/12 via phone verified through their website correct part was being ordered.
3 months later no part no email no word.
Called asked what the status was and was told it would ship soon. The following week received incorrect part.
Called again asked for a rma to return part and was told that the part I received was the part that I ordered and it was non returnable and nonrefundable.
Had to return part with tracking number and file a complaint with my banking institution to be refunded for the mistake this company made.
Advise to potential ibuystore customers BEWARE!!

A few weeks ago I ordered 2 parts from ibuyfireplaceparts.com for my Vermont castings electric...

waited over a month for a part. when it came was defective. Due to excessive shipping time We no longer need the part for our customer. Ibuy wants to charge us 20% restocking fee and shipping to return a part that never worked in the first place. We were never told upfront about excessive shipping times or that we could not return the item.

The complaint has been investigated and
resolved to the customer's satisfaction
Resolved Ibuyfireplaceparts.com — Long delivery, poor customer service

I have used iBuyFireplaceParts.com twice to buy repair parts for my fireplace gas logs. The first time I used...

The complaint has been investigated and
resolved to the customer's satisfaction
Resolved MachineRunner.com — Unreliable service

MachineRunner.com & Mr. Mark Weiss of this company will certainly charge you for a product that you never receive and you can only communicate with them through the web site when they choose to email you back.

I purchased vacuum seal bags from them on January 5, 2007 and asked for over night delivery I was charged for the bags and the delivery a total amount of 123.25 two weeks later still never receiving my purchased bags, I tried calling the company and could only talk to voice mail. I emailed Machine runner through there web site and I did retain a response that said that items were back ordered and should ship to me next week approximately Jan 17th.

On February 1st I emailed Mr. Mark Weiss and asked for a refund since I still hadn’t received the bags here it is the 14th of February and I still have yet to have my emails, voice messages returned or receive my refund from the company. I would advise people not to do business with this company they are very unreliable, now I have to figure you how to get my money back.

iBuy Stores
54
%
This company definitely cares about its customers and responds to overwhelming majority of complaints.