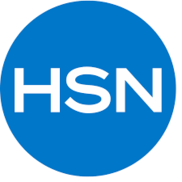 Having problems with HSN?

HSN deliberately deceives customers concerning shipping policies. While the information relayed on the web site is 5-10 days for shipping, Customer Service tells you verbally that it is 16 days.

It has been 12 days since I ordered a ring and am still waiting for it. HSN refuses to do anything about it until at least April 4. However, they have my money. Their statement is that, 'It will arrive any day now.'

I tried contacting Corporate, and they say there is nothing that can be done.

Warning: If you buy from HSN, be careful. You may or may not receive what you order.

I purchased a Gateway notebook through HSN. I started having problems the day Igot it and wanted to return it. I contacted HSN and was told ok to return computer to HSN Returns, Dock-SPC 10, 4697 Crossroads Park Dr., Liverpool, NY 13088. I sent it through USPS and insured it for $800.00 I was told that tracking information through my local postal service will be connected to my insurance receipt. I return computer using the above address to warehouse in Liverpool, NY. When I contacted Gateway return department I was told that they never received my computer and they have no way of tracking the package and they can not provide me with any warehouse information. I would have to contact USPS since they are the shipper. I contacted HSN and they told me the returns are handle by Gateway and they will not be able to refund me my return if gateway don't have tracking information. So I went back to USPS and they said it was delivered to Gateway. USPS told me to get a letter from Gateway stating they did not receive my computer, but Gateway has given me the run around.

Nither company is taking ownership of the problem or to locate my return I have been getting such a run around... Both companies refuse to give me any help. I have over 12 phone calls to gateway and over 8 hours of being on hold or just hung up on.

don't do business with them

I ordered a canon FS10 camcorder with bag. The price was good but when I read the reviews on the site i was skeptical whether I should use this site or not? I had heard of HSN before on TV promos.

I thought I would take the risk for the price I'm getting. Amazingly I got the product in 2 business days and the condition was perfect.
I would not mind doing business with the seller in future.

Handles on pots on Innova cookware guaranteed for 50 years have detached from pots. This product purchased...

I purchased a Gateway laptop as a gift in May 2008. It was supposed to come with over $700 of software. I received the computer and gave it as a gift but the software was not with it. When I called HSN I was told it was being shipped separately directly from Gateway. I told te gift recipient that software was coming but it never arrived. I conteacted HSN over and over by phone and by email for months. They kept telling me they would contact Gateway and get back to me but never did and I never recieved the software. I finally recieved an automated phone call tellign me to call Gateway directly. After getting the runaround from them I was told that I had 90 days to report that my order was not complete and since it was now over the 90 day limit I could not get it and would have to contact HSN. So I called HSN again and was again told they would research it and get back to me. I received a letter telling me that the product was unavailable and that I could return it for a refund - HOWEVER I was over the 30 day return period !!! SO I called again and again spoke with a supervisor who told me unfortunately I was never going to get the software but I could have a partial refund which was not enough to cover the missing items. She said she would try again to contact Gateway and call me back. My call was never returned and when I called again tehy had no record of my calls and the very rude supervisor asked me why I waited until November to complain !!! I exoplained to her again that I had called and emailed over and over and she finally found some sort of notation on it. When I asked for th eprevious supervisor I had spoken with I was told there were two by that name and neither was in and she would email them and get back to me. I'm sure I'll never recieve that call...

I made my first purchase of ultrex in 2001 and now I have cookware which is worthless. So much for believing anything hsn says about warranties. Never again! If there is a class action suit filed against this company (Hsn/innovex/ultrex) please count me in!!

I purchased a GPS system which I returned with insurance. I waited 1 month to be reimbursed and when I wasn't I called and they told me to track the package if it was insured and fax them the tracking information which I did that stated it was received

in Atlanta Georgia two weeks after I mailed it. They reimbursed me 2 days later at which time I discarded all information on same. Then 1 and 1/2 month later I was sent a letter from HSH stating they had not received my return and they charged my debit card for the GPS that I did not have. I called and was told that they need a signature from Atlanta Georgia. I was told that Atlanta Georgia was one of their distributors. I told them then get your money from them, they have your package.

Then a supervisor told me how sorry they were and they could do nothing!!!

sold as authenic handbag not real

I purchased in 2006 at the end of the year a Doney and Bourke sachetel style handbag via HSN it was sold to me as an authenic handbag. I contacted them back questioning it's originality and again I was assured that HSN only carried the real Doney & Bourke handbags. At that time I complained that the straps did not appear to the the ture quality like others I had seen. I was told to contact Doney and Bourke and they assured me also that HSN only carried their original bags and I therefore reqested the registration on my bag for which they did provide me with that information. I used the bag for only 3 days when first purchased in 2006 and not again until 2008 in January at this time I began to notice that the strap on the bag was peeling and that there was a very fine cut under the bottom of the bag on the leather part. I paid top dollar for this bag! I visited the Doney and Bourke store in Williamsburg recently to notice and be told that their ture bags always have the name lable and/or tag which is also leather within all of the bags. My bag only has a tag with bar code and the DB initials. What should I do to recoup my monies and make my complaints?

HughsNet is by far the worst Internet Service Provider in the freaking world! You have to spend hours on hold, hours talking to every GD Gandi in India and still get no help. Try taking it to a english speaking supervisor and you'll get the same thing. Idiots with no customer service skills at all. Only thing HughsNet knows how to provide and provide good is charging ungodly amount of money for absolutely zero service. One can only hope that all the economic problems going on will affect them as a company and rid us of such shady businesses.

HSN is issuing credit cards through GEMB. I attempted to pay my account online., after registering my bank information and other personal information. I paid one payment online 3/3/08, on 38/09 I received notice that my bank had refused payment because I refuted the payment. I called my bank. My bank said nobody from HSN GEMB had requested payment and they know I did not contact them to refute payment. I spoke with regular HSN customer service 3 times, the times I was referred to the credit card side. Until reading this site I thought perhaps I had keyed in a typo on the routing number or bank account number. When speaking to the credit card folks (who are out of country (outsourcing) they first could tell me none of my personal info was accessible to them and they couldn't correct it.

They kept referring me back to normal customer service, who then transferred me back to them. The third person I spoke with said she accessed the information and it was blank-no routing number or bank account number had been filled it. This was clearly inconsistent with their own email saying they had the information to submit the bill, did submit it and was refused payment. The email is inconsistent with the bank (who I have had zero problems with for 15 years). After reading the complaints about GEMB I am now terrified that I am at HIGH RISK for identity theft. I have canceled the card and requested a paper final bill. I think I was phished and don't know what to do.

Too many problems with credit cards. My purse was stolen and when I got all new cards some of the statements were made electronic, so I said how can I pay it if I dont see it, I dont check in online everyday or even read all emails. Plus if my credit card paid my online bills then everything is canceled. An electionic payment at hsnmastercard waited 3 weeks to tell me they didnt have all the numbers and sent the payment back. Its so funny they didnt charge a late fee but changed my apr to 30%interest. I said u see I tried to make the payment the money is in the bank and the old check information has the same info. I said u can take it back to were is was or I can just not pay it. Paypal did me the same way and then fixed the problem and took my apr back down. Mastercard is still being stupid when its not even my fault they didnt get their payment, it told me when I hand the number in reverse im sure it knew that I had all the numebers in there I did it 5 times and made sure it was right.

I hate being scammed by smooth talkers. Hughesnet is so bad two tin cans and a string is a faster way to get info. My wife and i cannot even watch the damn commercials, with that carrot top saying "all you need is a clear view of the southern sky."What she should have said was " all you need to do is bend over and hold on tight" The fact that i now know that they have 5 levels of tech support, is the reason i burned up 3 cordless phone batterys, umteen hours of my time, and countless babbling with OOCHKMIN Al HOOCKALOUGGIE.

innova out of business according to hsn, all ultrex warranty are not supported

I have purchased a 17 piece Ultrex Gourmet Quality Cookware set from HSN with a 50 year Warranty. After using...

HSN
0
%
Doing nothing would be this company's favorite pastime, if they had the energy for it.