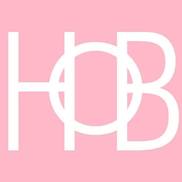 Having problems with House Of Brides?

My bridesmaid ordered her dress at the end of January and was told the dress would be in the last week of April. She was told a few days ago that the manufacturer never confirmed her order and that she will not be receiving the dress until the first week of June...my wedding is the second week of June! They told her there was nothing they could do for her and that she'd just have to wait it out and that it was not their fault it was the manufacturer's fault.

Whenever the dress does get here she'll need to have alterations and has already been told by her seamstress and a few others that she's called just to price check that it will probably cost her extra money since they will have to do a last minute alteration. There's also the outside chance that this dress won't make it in time for the wedding and in that case I have no idea what we'll do!

I was hoping this was one part of the wedding preparation I wouldn't have to worry about, but right now it's the only thing on my mind!

I am very unhappy with this company and would not recommend them to anyone!

what a scam!!! buyers beware!

House of Brides website CLEARLY indicates that standard delivery is 8-9 weeks. Rush orders are 7-8 weeks. I ordered my bridesmaid dress 13 weeks out, thinking that if there was a problem, I would still have a cushion. I had tried the dress on in a retail store so I knew the dress would fit perfect. I ordered online becasue it was $40 cheaper than the in-store price. Turns out...not so much. Once you pay for the tax, shipping and the insurance, it was the same price as "in-store", but whatever, I went ahead and orderd it thru them anyway. Make my life just a little easier (so I thought). I ordered the dress and 2 weeks later, I received an email from House of Brides indicating that the "designer"...(not them), REQUIRED an additionl $45 for a RUSH handling fee. When I called HOB and asked them how this would be possible since I ordered it 13 weeks out, they quickly responded that it wans't their fault and that it was "peak wedding season". I said, how would I know that? Nothing on your site mentions that, nor is there a disclaimer (even in small writting) that says that during "peak" season, you should order earlier than their site indicates. Ridiculous. To make matters worse, they won't accept a cancellation unless they deem that the order can't be met in time. They told me I could cancel my order, but they would keep the money- CRAZY (now in the hole $225). Oh, by the way, when I told them their site was in accuarate, missleading and totally unethical, she agreed and said they were "working" on the site as we spoke. (ya right). Anyway, after calling 3 times and emailing a rep 4 times to complain, they finally agreed to cancel my order after I refused to pay an additionl $45. I found an almost identical dress (cuter, actually) on ebay for $60 including shipping, arriving in 3-5 days. Save your money. Pay in store, or call before you place the order to see if its really going to be delivered in the time it says OR will the "designer" require RUSH shipping? Total scam artists, HOB know they can get more money out of you because if they "let" you cancel your order, you then would have to order from someplace else that would take 10 weeks to order as well, so they wait till it's too late to order elsewhere. They offer no apologies, they have a "so what" attitude. When I suggested THEY pay the RUSH fee, they didn't even hesitate with the answer NO. Not even up for discussion. What a way to run a business, right? Save your money ladies. Shop elsewhere!

I order 2 flower girls dresses about 2 months pd for rush. . . My wedding is oct 30 2009 i recived the dresses on the 20th. I had them try it on they looked crazy there were two sizes toooo big. . The little girls are age 5 7 they are really small kids. . I had nothing but problems with 2 dresses thank god i didnt get my dress from them!!! I called the manager and she did nothing for me the two dress have to be remade because they are tooo big on them. . I will never shop in any of the house of brides. I also called the [protected] was on hold for over a hr and this recording comes on and says pls hold what am i holding on for they shoildnt be that busy at 830 at nite omg!!! Do not get any dress at house of brides they are rude all they do is make the sale after that who cares if you have a problem. . .

I called to confirm my bridesmaid dress order with house of brides. The lady on the phone, who was extreamly...

I ordered 4 brides maids dresses from House of Brides and paid for the dresses in full via my credit card. After a few days, I received an email that they could not fill the order in time and they were canceling my order. I had given them more than 16 weeks to order the dresses. I then ordered the dresses from a local shop and they were guaranteed in 4 weeks.

After a week, I emailed them and asked them why they hadn't credited my account since they had canceled the order. They said that they wouldn't even process my credit until 30 days. It has now been well over 30 days and they still have not credited my credit card account.

I will contact my credit card company to institute a chargeback, but people should know not to order from this company -- they engage in fradulent activities. They claim to have access to merchandise that they don't have access to and they take your money and do not refund it.

I ordered on-line from House of Brides. I entered all of my information correctly, but after the final...

I went to House of Brides for my wedding dress, not knowing any better. I found one that I loved and got...

I ordered, on-line, a Maid of Honor dress for my December 1, 2008 wedding from House of Brides. I placed the order on 9/4 and called in October to inquire as to the status. I was told that they can not check the status of the order until after Nov 14, so please call back then and they will call the manufacturer and expedite the order. I called today and was told that the manufacturer is shipping the dress to them and then they will ship it to me. I reminded them this for a Dec 1 wedding in Connecticut and that my M.O.H. will need time for alterations. They would not give me any more information. I asked to speak to a supervisor, several times and was told that it is their policy that the supervisor does not speak to customers on the phone. I would have to send an e-mail and wait for a reply. I begged with the "customer service rep" to please suggest how I could resolve this and she told me that they will TRY to get the dress to me before the wedding. They would not expedite the shipment, provide any tracking numbers, would not put a manager or supervisor on the phone, and I am left waiting on a reply from their supervisor, "Joan". Obviously I can not use this dress after Dec 1 and am now in the position of having to look for a new dress, possibly not getting a refund, or even receiving the dress I already bought.

I'm sure if I tried to cancel this order I would be financially penalized by House of Brides. So, I am getting married in just over a week and have no M.O.H. dress and really didn't expect this stress and anxiety. All I wanted was a shipment confirmation. They would not provide it as they did not have one.

Avoid at all possible costs! Horrible I ordered my 5 bridesmaid's dresses from hob over nine months before...

My advice to anyone who shops at the House of Brides, is BE CAREFUL. Do not assume that your sales person...

I ordered a dress from House of Brides' website on March 20th. When I ordered it they sent me an email saying it will have to be rush delivered for my wear date. I sent an email back asking what the process was. No one responded back to that email and I let it go because the 'wear date' I put was flexible so I didn't mind - the wedding was actually July 12 in Nigeria. The wear date I put was June 14th because my sister was supposed to travel and help me carry it for a friend to Nigeria. Now, this date like I said was flexible because she hadn't bought her ticket yet. Bear in mind I had placed an earlier order of 6 dresses order which I had no problem with. I received the first order of 6 bridesmaids dresses May 26th 2008. I waited 14 days for the second order, and didn't receive anything. I called their number [protected] and no one was available and I kept getting recordings. I then went on the website for a live chat and was consequently told that because authorization wasn't given for the rush they never ordered the dress from the designer!!! Imagine them keeping my money for 3 whole months and having a "processed" status on my order even though they knew they hadn't ordered the dress????? And no one bothered to tell me. Meanwhile the only solution for me was to get a refund. Forget that I had to explain to the bride that one of the dresses couldn't make it. So, they gave me an email joan AT houseofbrides.com to request my refund. I have emailed them 3 times in 3 weeks, called their number, and been waiting for a refund or even an acknowledgment of one and still no response.

I sent a complaint to the better business bureau and also sent emails to Fox and CBS in Chicago. I'm not going to stop there, I'm going down the list of TV stations and even Oprah! Just anybody who can shut them down. It's so ridiculous for them to think they can act this way and get away with it.

House Of Brides
0
%
Doing nothing would be this company's favorite pastime, if they had the energy for it.