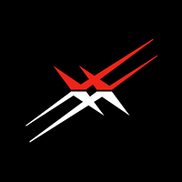 Having problems with Horizon Technologies?

I am a reseller of Millenium Plus GPS Tracking Device owned by Horizon Technologies, LLC out of Tempe, Arizona. I got into this business last May 2008. When I called them to join this home business, the person whom I talked to was MIKE LAMARCA, a Customer Service Representative and became my Client Coach.

I was convinced that this was a ligitimate business so I signed up and paid $2, 449.00 for web site, memberships, the product, the plan, etc. I thought that was it. After a week, ALLAN ARON, the Vice Prisedent called me and convinced me to join their Mailers Program and paid another $1, 875.00. That would be 1, 500 post cards to be mailed by them 500 pcs. every month. I've been in contact with them since then.

After another month of no sale, I begun to suspect something. Called them back and asked what happend to the mailers program that supposed to generate me a huge sale, how come I have very few visiting my web site. Mike told me that there's been a problem of the printing and they will send mine a soon as possible. They supposed to mail that by June 2008.

When they finally told me and sent me a sample confirmation of the postcards plus the list of the companies that they sent with, I thought that I will definitely going to have a sale, wrong. I found out that the mailers program was fake and when I e-mailed them, no reply. When I tried to call them by December, can't contact them.

By January 2009, there phones started acting weird, then their website started acting weird too. Late January, my web site is gone and also theirs. Can't contact them anymore. They took off and took my money and every single person who signed up at that time on.

I called the Attorney General of Arizona and file a complaint against these people. Maybe they uses a fake names who knows. Might be in another state doing the same scam. Don't know where they are.

Whoever got scammed by these people, file a complaint to the Attorney General of Arizona. I want to get these people. I spent more than $5, 000.00 dollars without nothing in return.

I was involved with this company since April of 2007. I entered it in good faith and had the same problems that everyone else has had with them. It would be nice if somehow we could all get together and take class action against them as it looks like they have moved the business to a new name. Check out ISKYUSA and see if the product does not look familiar. I gave up on these people in January of this year and it looks like shortly afterwards they packed it in. These people were and are not the only company to market this device and should not be allowed to start again. I could never get a straight answer when I confronted them about the mailers and I even talked directly to the company that sends out the mailers.. My so called client coach said he was insulted by my inference that the mailers were never sent out. We need to keep the Arizona BBB informed!!!

AZ Company Who Ripped Off Thousands of Customers Before Abruptly Quitting Business Has Started A New Company...

Horizon Technologies
100
%
This... this rating shouldn't even be possible. Not every mother cares about her own children how this company cares about their customers. Perfect!