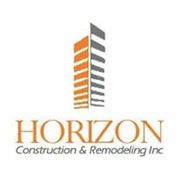 Having problems with Horizon Construction & Remodeling?

harassed me verbally, this company sucks

Mark besnos and their workers do not know do construction experience with this company. I hired them to replace my aging roof, and the salesman was knowledgeable. However, when it came to meeting the specifications of the job that I paid for, the company was sadly lacking.

You should know that they hire other contractors to do the work, mark besnos just sells you the products and sets up the installation. I contacted their company numerous times and even e-mailed them photos of the job’s deficiencies, along with a scanned image of the salesman’s contract drawings proving that they failed to meet the specifications of the job that was paid for.

Mark besnos harassed me verbally on several occasions and never offered the apology from their corporate office, that I obviously still deserve. They called me a liar (I never lied to them even once), yelled at me over the phone and even posted a lien letter threat on the front door of my home. My lawyer was very helpful to me in this situation, but it was very unfortunate that I had to go through all of the mental anguish in this case, especially since all I did was ask them to complete the job that was sold to me.

Ultimately, they did not finish the job as well as they could, all including failing to secure a building permit as required by local law, so I could have gone to court, I paid them 100% of the cost quoted me. I still have mixed feelings about doing so, mostly because of the way that I was treated by the manager of their lansing, mi branch and the vp from their corporate office.

I tell everyone who is considering this company about my experience with them, and I will never, I repeat never do business with them again. They do offer a 50-year guarantee on my roof, and if anything ever goes wrong and they don’t take care of it quickly and to my specification, than you can say you some money, it isn’t worth it if you end up going thoroughness!

Mark besnos was our project manager. We did an addition 1, 000 sq ft 2nd story with a balcony.
Everything went smooth all the way long. We never have any issues.
He is a very successful young man. And it is totally understandable that from 100% of customers everybody will always have this 2% that will never be happy.
It is not a secret that you can’t make everybody happy.
And it is true for any company even the most big and famous.
We referral mark to our friends that live in laguna beach ca and he almost done with their deck project. They are very happy!!!

This company is nothing then a fraud. They steal money, they lie about anything and they give a contractors a...

it's a complete joke

Horizon construction & remodeling is a complete joke.
It's very clear that all the good reviews been written by them self and not in a smart way.
Mr mark besnos you think people are stupid? All of the reviews been posted in the same day?
All of your "customers" like to use the same words over and over again? It's really are a proof of who you are and how you handle your customers.
It's the same you did with me and my family, all the smooth talking and all the promises that never kept.
Stay away from this small person and whatever he said is a complete lie, just interest in your money and noting more

We wanted you to know how much we appreciated your impeccable attention to detail, the way which you always made us feel as though our house was your top priority, your accessibility to immediately address any questions or concerns we might have, completing the house on schedule and within our budget, and for your honesty and integrity. This home is truly our "dream home," but it is also the biggest financial investment we will probably ever make, so the fact that we could trust you implicitly throughout the entire project was paramount. You never disappointed us; on the contrary, you made the whole process enjoyable!

absolute pleasure working with you

Working with your entire company was an absolute pleasure for us. After meeting with you we instantly sensed...

We are enjoying our beautiful new master bathroom.
Realizing unexpected pleasers almost every day.
We treasure the courtesy and respect that all your employees displayed, during, before and after the project took place.
Thank you so much specially mark besnos & enna eskin that always work so hard to make all their customers very happy!

The job was started three days after we got an estimate and signed a contract.
Every day after working a full day, they cleaned up, and came back the next day at 8:30 a.M. Mark besnos checked their work every day. Once he insisted that the crew completely repaint one bedroom. Looks to me like they exactly matched the color and bought a gallon of the same paint I used. They did a beautiful job! We were amazed.
My wife and I are impressed with this company — both mark besnos and enna eskin as well as their very competent crew. We slept in our own home while the work was being done, and the crew replaced the furniture where it belonged and were clean (non-smokers) and courteous. This is the way construction companies ought to operate. We'll recommend horizon construction & remodeling and i'm sure use them again.

During the prposal stage, the contractor mark besnos pointed out items that should be included (things we...

Every word is truh. This guy is a danger to home owners and im one of them.
He came to my house and look like a nice guy that know what is doing but after the contract was sign the only thing that he was care about is money and how to milk more by telling all kind of lies.in the end I didnt get the quality, I did get a big bill and im about to complaint in the contractor borad.

Stay away from this guy and is "compny"

37 days ago by carol geri

*warning*warning*
This company is in serious trobbile and under investagation by the police and contractor licence board.
They still information from other constraction companies. Their costomer reviews and testamonils are not real and used by other companies. Also all the pictures used in there web site are personally stolled from another company's web site
Horizon constraction & remodeling company and their two employees :
*mark besnos*stoll personal checks from costumer and used it for personal use. And *enna eskin* helped him as well. They give their costumers wrong information, misslead them and then still money from costumer.
They never return to projects & leave costumers with unfinished jobs
Avoid these theifs. They are profficanal criminals theifs especially mark besnos
There is a police report number on their case and its [protected]

Mark besnos and their worker dont know do do construction experience with this company. I hired them to...

Horizon Construction & Remodeling
0
%
Doing nothing would be this company's favorite pastime, if they had the energy for it.