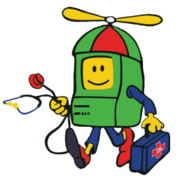 Having problems with Geeks On Site?

wifi at home works then it quits. called geeks on site 1st they charged $210 up front, then the geek gets here knows nothing about routers or wifi, he just does computer repair. They were supposed to be here at 3 the day before, so left work early they called at 2:10 said can't make it there can come next day
1 to 3 he shows up 12:30. looked at my computers knows nothing about wifi or routers. before he left reset my routers and everthing quit working! i said hey it's 3 pm oh it's that late already, meanwhile was getting text msgs. I said they better not charge me for extra 30 min. they sent another invoice for $99, i called them explained what happened and said i wasn't paying, so they charged my credit card without my authorization $49.50. Meanwhile my wifi is still not working properly

Geeks on Site — Computer not fixed as promised. No removal of Microsoft Edge, and other issues.

I am writing for an employee
Their services were used one before, and everything was fine. Bought a service contract for close to $300. This entitled 24/7 service for a year.

Was about to Skype into a news program for expert testimony. Search engine wouldn't work due to a computer update that didn't take.

Called. I have a Mac, as the majority of people in the entertainment industry. This person was obviously reading a manual trying to figure out what to do. He couldn't figure it out, admitting that he didn't know Macs.

Transferred to another individual (Steven.). Steven picked up his manual and made the computer worse.

Was asked to call back tomorrow. Explained the computer was needed for work and there was a service contract purchased to be able to obtain 24/7 service. Was told you were transferred to me! He explained the person who knew Macs was not available.

Explained again, the computer was required for work. Steven spoke to his ‘supervisor' who said someone would call back in a half hour to fix the computer.

The call, of course, never came. Was unable to Skype into the news program and my appearance was cancelled.

Terrible company! They'll promise anything to get an appointment and your credit card information. They sell grossly overpriced services and products. They have no employee technicians, they are Independent Contractor technicians and completely unvetted as to their competence and skill level, sent to solve computer problems. Headquarters are in the U.S. with terrible offshore phone tech support, mostly South America, who can't speak legible English. How is company still in business???!!!

On or about March 25 2020 I called Geeks on Site (Yellow Pages San Francisco, CA tel: [protected]) about a computer problem. I was told to go my computer and follow their instructions. I did this and shortly after they locked my computer and a voice said they found a virus and I had to pay $299.00. I refused and asked they unlock my computer but they hung up. They did not unlock my computer.

We are a small sign making company So we got a phone number from phone book. Needed repair on our HP 24"...

Geeks on Site — worked for them

Be aware of this company. They will hire you as a tech then let you go when you can't repair a customers machine, and telling the customer and them that they will fire you. Do not work for this company. They under pay their technicians arefor andthe jobs or travel time barely paid and they blame the technician for not submitting their contracts to them. I am a former employee for this company and they don't treat anyone correctly.

Do NOT use this service in Dallas. My machine would not boot to Windows, just to BIOS. Geeks On Site sent out a "tech" who immediately started fiddling with the BIOS settings, saw that the HD was not in the boot list (this means that the HD was inoperable), and - decided my machine wouldn't boot because the CMOS (internal clock) battery was dead. I'm not kidding. He insisted on sending us out for a replacement, even though I knew that incorrect time will only affect programs, which couldn't be accessed because the HD was dead. I should have known what was up when he asked me for a screwdriver to open the PC case with because he didn't have one with him.

I had expected him to boot from an external drive and try to run a repair and recovery on the HD. Didn't happen.
The "tech" talked / rambled incessantly the entire time he was here, to the point that I had to go to another part of the house to get away from the nonstop babble. I got the impression that he deals with people who know nothing at all about computers, as he continued to ramble about irrelevancies even after I told him I did software support for 15+ years.

Finally, after the CMOS battery was installed (two hours into the service call and counting), he admitted that he couldn't fix the issue, had me sign an invoice, and left. I signed the invoice just to get him to leave.

I called another computer service tech, who came in, booted the machine from his thumb drive (which I had asked the Geeks On Site "tech" to do as soon as he arrived, but he was too busy messing with the BIOS to listen), verified that the HD was fried by the simple expedient of disconnecting it from my machine's motherboard and hooking it to his laptop with an adapter.
He replaced my HD with a new SSD drive, and again (using his Win 10 bootable thumb drive) downloaded Windows 10 and used my existing Windows 7 Pro key to validate the new O/S.
Total elapsed time? Under an hour, including restoring my system / documents backups.

Now Geeks On Site is calling me and threatening to sue because I refuse to pay for their incompetent "tech"'s inability to do his job.
Good luck with that, fellas.

BEWARE!!! They charge by the hour and a simple installation of adding a ethernet cable to the ones we already have cost me $149 for first hour, $25 every 15 minutes after 1st hour = $449.00 USD The tech that came to our store wasted his time standing still and looking at the ceiling, then he went and took 33 minutes of lunch break and came back. I complained and I didn't get compensation refund for the time he stole from us. I just got smart remarks and WE DON'T' CARE WHAT YOU SAY ATTITUDE: Company said to me: " Online reviews do not hurt us because we depend on our hundreds of yellow page phone book ads in hundreds of cities, we do not depend on online. " Check out my picture to see whole video. I am assuming this review won't hurt you since you don't depend on hundreds of yellow pages.

I got a bad feeling about this outfit while discussing my computer issue on the phone. Stupidly, I gave them...

well well well I am a current employee of Geeks on site and dealing with the public is never a piece of cake...

I was having some problems with my computer back in february. I kept getting a message that said something to...

I spoke with the Geeks onsite office and the guy told me there are located in Florida and have a good rating...

I was on vacation when my computer ceased to function for me. In the middle of what I was doing the screen...

I called this company after my computer crashed. I paid $297.00 for 4 hours of service. The technician came...

They never fixed my computer and took over 1800$ from me and the 149$ fee to start the diagnosis! ! These guys are the real deal scam artists and will take you for everything they could!! Do NOT use these guys for anything !! They said they would deposit 2000$ into my bank account and that I needed to purchase 2000$ in iTunes gift cards to make the repairs to my computer that was needed to fix it. After I purchased the cards nothing was repaired and they even locked my computer so that even I could not use it after which I brought the pc to geek squad to be repaired which in turn cost me another 210$!

www.geeksonsite.com — they don't provide help, but they ask for money in advance

OMG. It was real scam. I contacted the techs from the company www.geeksonsite.com. I explained the situation...

After a power outage i started having some big issues with my computer so i called GEEKS ON SITE the man i...

The complaint has been investigated and
resolved to the customer's satisfaction
Resolved Geeks on Site — poor service, overcharging

Called Geeks on Site in Whiteville, NC 12-23-14 a.m. and telephone person stated a tech would come out...

I bought a new windows 8 after much teeth knawing i decided i needed some professionall help in the...

Geeks On Site
25
%
Not bad, but could've been way better. This company does respond, but not as often as you'd expect them to.

Most Discussed Geeks On Site Complaints