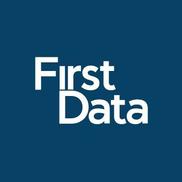 Having problems with First Data?

ComplaintsBoard.com is not affiliated, associated, authorized, endorsed by, or in any way officially connected with First Data.

I was told when signing with this company that I could cancel services within the first 30 days if I was not satisfied. I did so and returned their equipment that was not compatible with my merchant software within the first 5 days of signing. They continuously gave me the runaround, but said that they canceled my services with no problems. Here I am, 3 years later, still being harassed by them for money, they refused to stop taking money from my checking account and I am now broke and out of business and they want to threaten me! They call every single day, starting at 8 am on the dot. I receive collection letters in the mail every week and I am tired!!

Hello, I am complaining about the disrespectful customer service that I received from one of your service...

First Data Corporation — Terrible rip off, "bank" must be shut down

My small motel business uses First Data as the processing bank for our credit card sales. On February 29...

I wanna start of by saying that I do not recommend first data or fiserv to any small business or anyone as a...

First Data Corporation — refusal to accept payment on the account

My company has gone out of business. We closed out checking account. On April 8, 2019, I sent a letter to my...

A representative from First Data Global Leasing said I would need to upgrade my existing equipment, which wa...

I leased the equipment for my salon with a two year contract. Now after two years my business went bad and I...

Do not use this company and if you do, change to another. We have experienced everything mentioned by other...

I was called by a company promising big processing fee savings and then they tell me no equipment fees and...

We have been screwed by Bank of America in signing a 4 year lease agreement/contract for a terminal which we haven't used for the past 2 years. We have called in to Bank of America Merchant Services for assistance and they referred us to First Data who own the Equipment. Have called them several times to see how we can cancel and return the terminal. They keep telling us that we have to pay for the balance of the time on the lease times $51.58 monthly. Right now we are told we have another 19 months left to pay on it which brings it to a total of $941.39. I don't understand why we should be paying for something we are not using. I spoke with a rep at First Data and she told me that she doesn't know whether we are using the terminal or not. I told her come on, you should know coz there's no transactions made on that terminal or on our account. We had cancelled our merchant account over a year ago. Bank of America keeps charging us $51.58 each month for it even though we have not made one transaction for the past 2 years. Can someone assist how to resolve this problem and help us.

I got an invoice to my business from First Data Merchant Services. The address is 14141 SW Freeway, Sugar...

I work for an honest processing company. Anybody ripped off by first data email me at [protected]@gmail.com I will give you our low cost guarantee rate and also a free terminal so we can process your transactions. Free application, free terminal, and a $100 rebate if you mention first data. They are criminals these terminals are free. Disgusting.

This company leases equipment that is valued at 250.00 for almost 70.00 per month. A total scam that should...

They contacted us saying that they could save us money on our credit card transactions. We signed up and they...

Located in Miami, Fl. Customer from 11/13 - 3/17. Request a refund. Contracted through Citi Merchant Services. It looks as though I have been charged incorrectly for "Transarmor Solution Monthly" and also "PCI non compliance" every month since I started working with them. Sometimes the charge appears twice on my bill every month, once on the 2nd and then again on the 28th - but in two different spots on the bill. In addition, my transaction rate varies from transaction to transaction, when I had a fixed rate - in the favor of First Data. I would like to file a suit, or join a suit. Please advise. Thanks for the website.

I have been a Merchant Member of Bank of America/Merchant Services credit card business for 17 months. I...

Switched to Securus for credit card processing. Salesman promised it would save us money. Then found out we...

All their customer people know how to say is i'm sorry, I apologize, i'm sorry. But, they can't solve any of your problems. Some of the sorriest people i've ever talked to. If you need a merchant account to accept credit cards for your business - do not use first data. They are such crooks and make it expensive to stop doing business with them. They suck you into a long-term contract and then when you try to break the contract, they play whack-o-mole with you. If you call one minute before the contract expires, you get hit with a $500 early termination penalty. If you call one minute after the contract expires, you get automatically renewed and they hit you with another month's fee. Unbelievable.

First Data — ripping me off, misleading contracts, over the top monthly fees

I was tricked into a "must lease the new chip reader or I will be fined $30/month." Being a very small...

I've been (trying to) work with First data for about a month now since my acquiring bank decided to switch to First Data as their merchant services platform. Customer service is abysmal.
I just got off the phone after 30 minutes just trying to get them to change my e-mail because what they had on file from the bank was obsolete by about 10 years. 30 minutes and 3 different customer service reps, each from a different part of the organization, each of whom transferred me to another, and each of whom had to go through the same pointless "authentication" process, and I'm still not sure they actually did it.
What's even worse is that I thought they had done this 3 weeks previously when I first signed up. At least I went through the process of reviewing the profile at length with the initial contact person, and then received intro / registration e-mails from them at First Data. Apparently they were not the right "group".
The same problem was repeated in other venues (e.g., capabilities of one of their devices, PCI compliance, etc). They are way too fragmented to be effective, don't talk to each other, are allowed to only deal with their ring-fenced areas, and are generally incompetent. Frankly, I think incompetence rather than ill will is the main reason behind many of the complaints I've read about them.
All in all, over the past month, I've spent over 8 hours on the phone with various of their functionaries, many of whom speak broken English, just trying to initialize an existing account provided by the bank. The process has involved at least 4 intercessions from the bank to break log jams of non responsiveness at First Data.

First Data
46
%
This company is on the right track to keep up with incoming complaints, but there's still plenty of work to do.