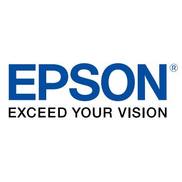 I bought a box of Premium Bright White Paper online at Epson thinking it would be good for proofing...

We bought a new computer just over 12 months ago from Harvey Norman ,on the 24thFeb 2008
we bought a Epson black refill cartridge for our epson cx3900 printer from Harvey Norman Cleveland,
Batch no [protected]. I put it into my printer and a message kept coming up that it was the wrong brand. I phoned the support department and spoke to a very nice young woman who tried to work through the problem with me, we assumed the printer had something wrong with it, I was then referred to Epson I tried phoning them for a week without success, they were always to busy to take the call, needing my printer I employed a technical person to come and look at the wretched thing, within minutes, he told me I had been sold a dodgy cartridge even though it had epson written all over it.

I have since then purchased a generic cartridge and my printer is working. The dodgy cartridge and receipt is now in the hand of the people who investigate these matters and It has a cost me a great deal of money and time to get it sorted.

I ordered an ink cartridge for my printer in mid-December. I was being proactive and I knew I would need it soon. I ordered the ink cartridge from Bestbuy.com with a gift card. I received the cartridge by normal ground delivery and set it aside for later use.

I needed the ink cartridge in mid-February (2 months later). I attempted to install the cartridge, but quickly determined the cartridge was the wrong one. I checked my receipt and BestBuy.com made a mistake. The part numbers didn’t match up from the receipt to the received product. I called customer service to get an exchange. I was transferred around a couple of times and then the call got dropped. Before I was dropped I was told the ink cartridge can’t be returned since I’ve had the product longer than 14 days. I called back and was transferred around a few more times. I finally talked to someone that understands that BestBuy.com made a mistake and set up the return. The understanding came after some serious discussion. A return had to be made since BestBuy no longer carries the ink cartridge for my printer. The customer service representative set up the refund to be put back on a gift card...The exact gift card that I purchased the ink cartridge on. The gift card was depleted and BestBuy had it after my last purchase in the store (keep that in mind). The customer service representative said the returns department would do the refund on a new gift card.

The next day I got an email from BestBuy saying that my return would not be accepted, because it was past the 14 day return grace period. I called customer service again that day. I was transferred around a few times and then the call was dropped. I called back again and the representative told me to return the product to the store. I should have known better at this point, but BestBuy made a mistake and they needed to live up to it.

I went to my nearest BestBuy store in Cranberry TWP, PA. I talked to the returns person and got no where. I asked to speak to the manager. The manager immediately got defensive and argumentative. I have never been so insulted or spoken to so rudely in my life by a store that SHOULD want MY business. This woman was treating me like I was a criminal. First the story was that nothing could be done since it was past the 14 day return policy – BestBuy made the mistake! Next I was told there was nothing she could do since I didn’t have the original gift card – what a bunch of crap! Then I was told you can’t return items to a BestBuy store that was bought on BestBuy.com – what a bunch of crap! This manager obviously knew nothing about customer satisfaction! Finally I was tired and didn’t want to lose my cool so I left.

I went home and called BestBuy customer service again. I was transferred many times. The last customer service representative got argumentative with me. I asked to speak to her manager. I was put on hold for over ten minutes and I finally gave up.

I realize this whole problem was over an ink cartridge for a printer, but BestBuy was at fault for the original mistake. After getting disrespected by BestBuy time and time again it became personal. I had a small problem that should have been absorbed by BestBuy for their mistake even though it was past their return policy. BestBuy will try and wear you down until you give up and don’t have the energy to make the return. I’ve read many interesting stories on the web and I’m not alone. Now I feel fortunate for the situation considering my problem was only a $32 ink cartridge. Why do I feel fortunate that BestBuy didn’t take the ink cartridge back? Now I won’t make the mistake of ever making a major purchase at BestBuy. In fact…I won’t make the mistake of ever buying anything from BestBuy again!

support request by e-mail not even read

My less than two year old printer - purchased in Canada but now inSwitzerland - with a genuine black Epson cartridge T060120 - 3/4 full - does not print correctly even though I cleaned the print head several times. My support request by e-mail to Epson was replied and the reply informed me in detail on HOW TO clean the print head. The gist of the complaint was completely ignored. I concluded that my e-mail was read by a less than intelligent Artificial Intelligence. Subsequent request was ignored by Epson. I will avoid this company in the future all the more since if a printer is only available in North America then there is no way I can buy the necessary ink cartridges anywhere in Europe and Epson is not interested to help me out.

In my opinion, the Epson P-3000 has a BIG DESIGN FLAW with regard to backing up this viewer in the field to...

Epson / Seiko Epson Corporation
0
%
Doing nothing would be this company's favorite pastime, if they had the energy for it.