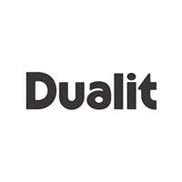 Having problems with Dualit?

On 29.12.18 I purchased a new dualit cream done kettle from the Argos store. The kettle water gauge ha...

My Dualit toaster almost caught fire when the timer stopped part way, and yet the elements stayed on, getting...

The toaster timer failed - so it stayed on, (toast removed as done) - indefinitely. Huge fire risk - but for...

The Dualit 84036 Coffee Maker is in my opinion the worst thing anyone could possible buy to make coffee. It's hard to use, hard to clean and expensive. A cheap filter machine will produce FAR FAR better results, it definitely has done for me.

Dualit
75
%
Fast & efficient, this company is head above their competitors when it comes down to taking care of their customers! Keep up the great work!