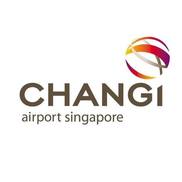 Having problems with Changi Airport Group?

ComplaintsBoard.com is not affiliated, associated, authorized, endorsed by, or in any way officially connected with Changi Airport Group.

I am very disappointed with the so call "Excellent Service of Changi Airport". Today, I was going to take the...

I got bad experience through change airport customer information and services. I waited for check-in since 6pm on 27-03-2011 based on information board stated the counter no 6 for air india flight AI359 to Chennai, but the check in process was going on counter no2 which caused the delay for 1 and ½ hrs because of their false notification.
There was no proper response when I notified this problem and how I and other passenger got suffered, No wonder why changi airport lost their award last year 2010.

I have to transit in singapore twice a month. It's been a very very difficult time. Although the airport...

Changi Airport — lost items while on the left baggage

I left 4 luggages on nov 25th morning after my flight from tokyo arrived at 1am.

Then the same day, I flew to jakarta and thought that everything is ok as usual.

The next day when I open my luggages, I found out that 15 items-perfumes individually wrapped, digital camera and cell phones were missing. Everything was inside the luggages that was stored on the very top at the left luggage.

I called the left baggage and they said that nobody touched the bags since I stored them in. That was their words, but nobody could comfirmed that.

I called the airport police, and they wanted me to report an epc-electronic police complaints which I did. And after 2 days hearing nothing from them, I called them up. The investigator who handle my case told me to not put my hopes on high regading the items. Which is not the news I want to hear after 2 days thinking somebody is going to help me here.

I called the airport lost and found and they could not find the items as well.

Last thing, just be careful. Because what you see is not what you get. When everything is ok, people in singapore are ok. But when something is wrong, they just don't care...

So, be careful, be safe, and be grateful with what you have!

Changi Airport Group
6
%
There is some slight activity coming from this company when it comes down to resolving complaints, but so far it's neither timely, nor relevant.