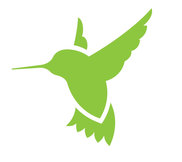 Having problems with Camden?

Camden reviews first appeared on Complaints Board on May 10, 2016. The latest review Illegal rental fees was posted on Jan 8, 2017. Camden has an average consumer rating of 1 stars from 2 reviews. Camden has resolved 0 complaints.

In February of 2016, Camden sued me for eviction (the action is called "unlawful detainer") after I had paid...

Camden
Doing nothing would be this company's favorite pastime, if they had the energy for it.