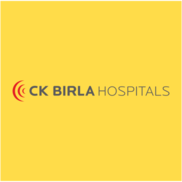 ComplaintsBoard.com is not affiliated, associated, authorized, endorsed by, or in any way officially connected with Calcutta Medical Research Institute (CMRI).

Sir as my father is admitted in your reputed hospital having bed no 468 name raghunath prasad singh. He is a hemophilia A patient. He was admitted on 22/09/20 in emergency due to prostate problem and his prostate operation was held on 15/10/20 thereafter as per hematologist doctor mr. Shubham sir he prescribed factors-8 (costly injection) to be given as per schedule dose day and night but on 17/10/20 in night sister incharge not care about patient health and did not give the injection similarly on 18/10/20 in night factor 8 injection was injected but not with proper way. I complaint this matter to Mr. Sujoy Mukherjee (Medicine father's doctor) he found this matter true.In front of the doctor I give written complaint to morning sister incharge but not any action taken yet and in night same thing is repeated they are doing.
So, sir I ask the hospital management who take the responsibility of the injection which was not given properly and of my father health.

Calcutta Medical Research Institute (CMRI) — I am complain about dt-22 sep 2019, fourth floor your sister was misbehave with me

I am admitted to CMRI in my on thrusday during my emergency...he admitted me amd kept me in icu for hours and...

This is to bring your kind notice that my father Biman Mukherjee is admitted in CMRI with brain stroke on 4th July'19.
He is not getting non veg food which as per the hospital authority conveyed that the non veg food for the patients discontinued from 1st July'19.

The patient might get non veg food for lunch/dinner.

This is very surprising and astonishing as we the patient party is incurring a huge amount every single day but the hospital is not taking care of the well being of the patient.

This is not at all expected from such a group company like CK Birla.

Request to take necessary action asap otherwiese I will escalate the matter to the higher level and the social media.

*** Please note the message below originated on the Internet. Please use caution when replying or opening links or attachments. ***
Hi Team,

I haven't yet received any update from you. I was expecting an update that you all are currently looking into this serious matter and will get back me later.

I also wanted to bring to your notice that after several follow with the doctor to understand the diagnose/root cause of why my daughter was getting high fever. But, since 23rd I was informed by the Dr. Ruchi Golash that she is unable to identify the root cause. The same version shared to me by the doctor Ruchi during the discharge. Please refer the attached discharged summary.

As we are not sure of the root cause of High Fever and are not pro-activity taking any actions to prevent of any upcoming issues if any.

I hope and pray to God that she will be all right.

I look forward for updates and hope taking required actions.

I would like to bring to your notice, the experience I had gone through during my daughter was admitted at hospital. I had also updated all the incidents to duty manager and to person from grievances at CMRI. The head of security in charge of CMRI is also aware of all below incident.

• From the Day one, whenever we were looking a nursing services, we pushed the Bell and every time someone cleaning staff would visit and stop the Bell ring. Then, we were told that they would call for a nurse who will be able to help us.
Due to this, each time, the nurse comes to attend after 30-40 minutes. I had requested nursing in-charge the incident.

• 23rd Saturday: Nurse had given the antibiotic at 3:00 PM and went away but medicine was not going through the channel. Typically, I had pushed the Bill and in the same way the cleaning staff had come and had switched off the Bell. Similarly, I was told that they will inform the nurse.
This continued till 6:30 and my daughter waited for the antibiotic since 3 PM. Then, I had to shout like anything on the 7th Floor and see security guard, few nurse, junior doctors attended my daughter. My daughter had missed the antibiotic which she had to take at 3PM.

• Channel: Within 20 hrs., they have done THREE (3) time channels. During the stay my daughter had 5-6-times channel.

• Dr. Ruchi Golash: During the stay and even post discharge, the doctor had maintained 8-10 distance from my daughter. This experienced was shared with administration and nursing staff on 23rd. I was promised that it will be taken care and administration team will update management accordingly.
However, on 25th I had again raised this issue to the same person and surprisingly got replied from that same person that he only looks after junior doctors.

• 25th Monday: Nurse had given the antibiotic at 6:00 PM and told us that my daughter will again provide antibiotic at 10 PM to maintain 4 hrs gap. Then went away but medicine was not going through the channel. Typically, I had pushed the Bill and in the same way the other cleaning staff came and had switched off the Bell. Similarly, I was told that they will inform the nurse. Nurse has also visited few times and could do anything.

Moreover, the same statement was provided by senior doctor at 9:40 PM in front of the duty manager post re-check the issue.

I again update Mr. Sharma that for more than three days that I had a small request to each of the nurse / junior doctors that to try replacing the channel pipe set and try once. I also had requested this senior doctor to replace the set at 7:20 PM, but she too told that it is not issue with the pipe set. The channel needs to be replaced. Finally, Mr Sharma requested to try to replace the pipe set and check once.

Post replacement of the pipe set, all were set and nurse started the pending antibiotic at 9:50 PM which was pending since 6 PM. After that another TWO set of antibiotics were given using SAME channel.

If they could have changed the pipe set on the day ONE of the incident, my daughter wouldn't had to go through New CHANNELS for such numbers of times.

Finally, the miserable part is, after all above repeated incidents, the system as well the service wasn't improved.

25th Monday @ 10 PM: Nurse has started another set of antibiotics immediately after the completion of antibiotic which was started @ 9:50 PM. During my stay the same antibiotics were given in minimum 4 hrs gaps.

I AM WRITING TO YOU TO INFORM YOU ALL THAT IF MY DAUGHTER ENCOUNTER WITH ANY ISSUE DUE TO THIS UNWANTED INCIDENTS, I WILL BE BOUND TO FIR A CASE AGAINST THE HOSPITAL.

Look for forward to see updates on each incident.

I sumit kumar chakravorty admitted my wife riya chakraborty to cmri on 13.09.2018. on the same day my wife...

He is the most horrible doctor i have ever seen in my life. First of all his behaviour with the patients and...

Doctor Biswarup lahir has given me appointment in speciality clinic of CMRI kolkata.My serial number was 15...

Patient undergone operation at 3pm. At 9.30 pm patient request for pain re leaving medicine but till 11 pm no...

My mom is admitted to the hospital due to severe headche. The general medicine doctor suggested Dr Manocha...

CMRI is a well known hospital in Kolkata and i expected a better service but the nursing department is too...

CMRI is an absolutely bania hospital aimed at squeezing maximum money out of patients. My mother require...

PLEASE READ THIS . This is a very honest Statement I want to share to all : My father was admitted to CMRI...

The complaint has been investigated and
resolved to the customer's satisfaction
Resolved Calcutta Medical Research Institute — fraud billing in operation-dr. b.r. kundu

Calcutta Medical Research Institute (CMRI)
6
%
There is some slight activity coming from this company when it comes down to resolving complaints, but so far it's neither timely, nor relevant.