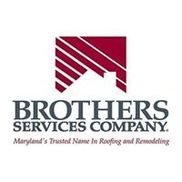 Having problems with Brothers Services Company?

ComplaintsBoard.com is not affiliated, associated, authorized, endorsed by, or in any way officially connected with Brothers Services Company.

Contacted Brothers Services (BS) about gutter work and replacing two French doors. Took three weeks for the salesman to come out and measure. Said he would have pricing in a week and that he wanted to sit down with both my wife and myself so that he could go through the options available. The afternoon of the appointment the salesman called to say he wasn't coming and could he come out the following Friday or "some time the following week". My wife said thanks but no thanks. BS salesman said they were slammed and that it would be 6 weeks, at least, before they could get the new doors and install them. Why would anyone use a company that treats their clients with such disrespect.

The name of the contractors are chris and shawn royston.They came to remodel our home took an $8000...

I hired Brothers Services (111 Hanover Pike Hampstead, MD 21074) to do roofing repair with the understanding...

I hired Brothers Services to do roofing repair with the understanding that there would be a supervisor who...

Brothers Services Company
100
%
This... this rating shouldn't even be possible. Not every mother cares about her own children how this company cares about their customers. Perfect!