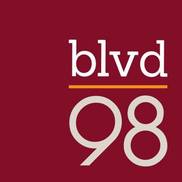 Having problems with Boulevard 98?

ComplaintsBoard.com is not affiliated, associated, authorized, endorsed by, or in any way officially connected with Boulevard 98 Customer Service. Initial Boulevard 98 complaints should be directed to their team directly. You can find contact details for Boulevard 98 above.

Use this comments board to leave complaints and reviews about Boulevard 98. Discuss the issues you have had with Boulevard 98 and work with their customer service team to find a resolution.

My daughter is a 2nd year resident at Blvd 98. Her most recent lease began in August of 2019
She was assigned 2 roommates that she didn't know and the 4th room in their 4 bedroom apartment is empty.
Since August she has filed multiple complaints regarding doors that would not lock, 1st on her bedroom door and then on the sliding glass door.
The bedroom door was fixed without incident. She made multiple requests to have the sliding glass door lock fixed. The apartment is on the first floor and this door faces the parking lot.
She is justifiably concerned that someone will break into her apartment, where this door is approximately 10 yards from the parking lot and even closer to the sidewalk where people walk by at all hours of the night. After 5 days she received a message that the door lock had been repaired but when she checked it was still broken.
She went to the office and they called the maintenance worker that closed the repair ticket.
The maintenance worker said they do not have the part to fix the door and said as long as the stopper on the bottom worked they weren't going to fix the lock, this is apparently standard procedure.
This is not acceptable, the door still opens at least 6 inches with the bottom stopper in place and this small piece would no doubt break if someone pushed on it hard enough.
Aside from this, on September 22nd her roommate's car was stolen, then yesterday October 23rd someone shot at the same roommate's car as she was returning to the parking garage right outside of their sliding glass door and my daughters bedroom window. Later that night someone broke the window of this roommates bedroom and attempted to enter the apartment. Police were called and reports were filed for these 3 incidents. The apartment security officer told my daughter that he saw the suspect breaking the bedroom window and did nothing to stop it. This same roommate also has been arrested for multiple charges and currently has an outstanding court case for possession of marijuana. In addition she is not a student at any college. I question the screening process that the tenants of Blvd 98 go through, which concerns me greatly. Blvd 98 advertises that they are a safe student living community - yet there are have been 62 police reports filed due to events occurring at these apartments since August 1st, 2019. My daughter is terrified to live there. She is currently staying with a friend and was so upset today after the events of last evening that she could not go to class or work. She is afraid that the perpetrator of the two crimes is known to the roommate and that they will return to inflict further damage.
I called the front office today around 1:00 where I was told that the manager, Micah Lockhart, was in a meeting. I told the young lady answering the phone that it was imperative that I speak to him today and expressed my concern over yesterdays shooting. I was told that they weren't really sure what happened, and I informed her that I did know, that my daughters roommate was the victim. I was then told that I would receive a call as soon as possible. Two hours later I called again where I was told he was still in a meeting and that he would call when he was out. Finally at 4:30 I called again because I wanted to speak with the manager before he left for the day, where he was still in a meeting. I asked what time he left and was told 5, and then was asked what I was calling about…. I repeated the information to the same young lady I had spoken to twice and she asked if I wanted her to "stick her head in and see if he could take a minute to talk to me" I said great, was on hold several minutes and when she returned she told me that I just needed to send an email with all of my requests. When I asked what his availability was tomorrow I was told that she didn't know and I wasn't guaranteed to speak to him tomorrow either. I am gravely concerned and extremely disappointed that I received a notice last night that there was a shooting at my daughters apartment, then find out it was directed at her roommate and yet I cannot get a few minutes from management and am told I need to email my concerns. This is not a safe environment for my daughter to live in. She has anxiety and is unable to concentrate and do her schoolwork in these living conditions.

Boulevard 98
Doing nothing would be this company's favorite pastime, if they had the energy for it.