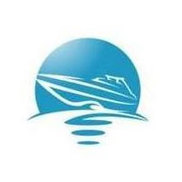 Having problems with Boatersland Marine?

Boatersland Marine — Product never shipped but I was charged.

These guys are thieves, straight up. I order $700 worth of two part epoxy. They shipped one of the two parts slowly. Then claimed the other half was on backorder indefinitely. They wouldn't answer the phone or email for weeks so I had my CC company do a charge back. Well that got their attention and so they finally called me. I agreed to ship the items back. I did but that wasn't good enough for them. They took it up with my CC company and reversed the charge back. Now I don't have the product or my money. Stay far away from Boatersland and parent SJK products.

Very disappointed with Boatersland.com. They have very competitive prices but... it comes at a cost. I...

Boatersland Marine
Doing nothing would be this company's favorite pastime, if they had the energy for it.