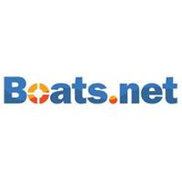 ComplaintsBoard.com is not affiliated, associated, authorized, endorsed by, or in any way officially connected with Boats.net Customer Service. Initial Boats.net complaints should be directed to their team directly. You can find contact details for Boats.net above.

Use this comments board to leave complaints and reviews about Boats.net. Discuss the issues you have had with Boats.net and work with their customer service team to find a resolution.

Purchased a central engine control for a Suzuki 140 HP from boats.net Once the part was received installed in...

I ordered a part for our boat with guaranteed 2 day shipping. Now it's going to be here in 4 - 5 days. Very...

I have purchased some plugs from this website and waited ages for my order. When it finally arrived three plugs were missing so I went online and contacted Boats customer service. Their rep said that these plugs were no longer in stock.
I asked for a partial refund and they said I'll get it as soon as possible.
5 days later I asked them about my money and they claimed they already refunded me! The point was that I never received anything.

I called www.boats.net and made an order. The person I spoke to said that my order was successfully placed and then I made a payment.
On the estimated date my order did not show up so I called again and got nothing but empty promises! Every time I called them they claimed I'll get my parts anytime soon, but weeks passed and there was no sign of my order.
When I demanded my money back they ignored me and said that I have to be patient. I totally disgusted with Boats and will never buy anything from them again!

These people are very DISHONEST. I had ordered a Bimini Top for an Yamaha boat which was close to $700...

Ordered repair parts for my outboard motor on 3/15/14 from the boats.net website. Received confirmation email...

I ordered 4 parts from Boats.net on July 10th, 2013. Their website said no mention of backorder status. I then received an e-mail saying they were backordered and expected to ship on July 16th. Late but OK. No update at all. On July 17th, I called since their website was still showing the 16th. The lady on the phone said the expected date from the supplier was September. Yep, September. No e-mail, no phone call, nothing. I live in MA. By then, the boat will not even be in the water.

Please, never use this business. Look at all these complaints. This company should be shut down.

Boats.net — These people have been the hardest customer service I have ever dealt with

These people have been the hardest customer service I have ever dealt with. They screwed up my order THREE TIMES. They are CLEARLY not capable of processing orders correclty. I wish I would have done my homework before ordering because I would have saw the TONS and TONS of BAD complaints from other customers.

Boats.net — Stay away from this site

Ordered a water pump parts kit for my Evinrude boat motor. I was assured by there tech people it included the water pump housing. When it arrived the housing was not part of the repair kit. Calling them back, they told me I had to order it extra. I could have ordered the kit from ebay for much less money including the housing. They refused to do anything about it. Very poor customer service. Stay away from this site!

Boats.net — They carry virtually no stock

Just awful. Guy I talked to in customer service was a complete idiot, I'm surprised he even knew which end of the phone receiver to speak into.

Yes--they have low prices. But what they don't mention is that they carry virtually no stock--so anything you order will have to be special ordered from the suppliers. Is it really that hard to include information on their web catalog for which items are in stock? Seriously, it's like being transported back to 1999 web shopping.

Knowing this, I called ahead for my most recent order and asked their salesperson (i.e., village idiot referred to above) whether a couple items were in stock. He mumbled 'we could get them in 2-3 days'. Over the next 48 hrs, I received several notices informing me that the shipping date was pushed back progressively later and later. At that point, the items would no longer be of use for me, so I requested that one particular item be removed from my order. That's when they hit you with the 'restocking fee' (which is ~20% of the item cost!!!).

Don't waste your time. Ordered a part, paid for overnight shipping and boats.net will not answer emails, can't find out anything. They update your "track order" once every 3 days so you stay in limbo not knowing diddly but they are very fast at withdrawing payment so they have your money but you don't have your part, information on your part, shipping details, tracking number or anything. Won't waste more time calling either as according to other reviews that is a scam as well and don't need the runaround or more frustration. So avoid this business. Better to pay someone a little more for far better service.

The complaint has been investigated and
resolved to the customer's satisfaction
Resolved Boats.net/Boat part — Evanrude Part

CAREFUL ON SHIPPING, TERRIBLE CUSTOMER SERVICE
On March 19 2011, my husband and I began searching the internet for a part to his Evanrude boat engine. There was a fishing tournament for kids and we really wanted our daughter to be able to participate. This tournament was on Sunday the 22nd. We found the part at boats.net for more than half cheaper and saw that the option of "next day Saturday air" delivery. The part was $60 and the shipping was to be emailed for cinfirmation as soon as they had the figure. We placed the order. The next morning, as soon as business hours started, I gave the customer service a call. I explained the urgent need for the part and informed Pam that I had not received the confirmation email for the shipping and asked if it was GUARANTEED to be delivered. She ASSURED me that it would AND said my card had already been charged for the part and shipping (the site clearly states that BEFORE you pay they will give you a figure to confirm, I mean, who says "sure charge me no matter the cost??!") and that the part will in fact arrive Saturday with no problems. I told her "GREAT" otherwise I would not need the part and have to drive to go get it. The next day, I receive an e-mail stating the cost charged (more than the part) and a tracking number link. I click the link and am sent to the FEDEX website. The tracking link tells me it will arrive NEXT THURSDAY!! I call the customer service immediately hoping (yet already knowing) that this some mistake. PAM informs me that this is correct and "doesn't know how this has happened" AND apparently there are two Pams because she denied speaking to me the day before. She leaves me on hold a good 20 minutes and returns to say she has spoken with her manager Vance. Long story short, she is very sorry and sees the note in the account about needing the part next day or not at all and instructs me on what to do with the package when I receive it, assuring me once again that they will pay my shipping expense. When the package arrives, it is sent back exactly the way I was instructed. I paid the extra for the confirmation signature. I was very busy and had almost forgotten on April 23rd, when I came across the signature receipt in my purse. I checked, just to be sure and of course, it was received. I called about my refund and was told to allow 1-2 weeks for processing and was given this Vance character's e-mail. Two weeks later, I received a return of $27???? Not the price of the part, shipping, nothing. So I e-mail 'Vance' with all the details and the exact figure due along with the invoice and receipts as proof. He returns my e-mail with a very generic apology and gives a new figure that was $4 different than mine (he did not include MY shipping cost to return). I e-mail back telling him about my figure and how it came to be (he obviously didn't open the attachment sent with the receipts) and say that due to principal alone, I would like for his company to make good on at least ONE promise, that being my shipping paid. Last week, March 5th, I received two credits. One for the balance, one for the $4 shipping. Seeing as how we didn't open the box, I can't tell you the quality of the product, but their business ethics are...I'll let you decide.

Ordered an impeller from boats.net recieved an e-mail that said part was on order from manufacturer and would not ship to me until they recieved it and re shipped it to me, unfortunatally that meant atleast one more week for me to recieve the impeller. Once I realized it would take that long I called and cancelled my order they said they would refund my paypal account that day...Next day no refund called and was told they would do an instant refund. 6hrs later no refund, Initiated paypal dispute. called again to find out the statis of my refund, they said they refunded my money but there was a hold on my paypal account because of the dispute and if I close the dispute the money would be trasferred. Needless to say they got my $#@!%@ money and I have nothing and no leg to stand on now that I have closed the dispute. Beware of these people they are no good...

Boats.net — Their prices may be low, but if there is a problem expect to be ignored

Boats.net is a company run by idiots. I bought some motorcycle parts from boats.net. It took 2 month to ship the order. When it finally arrived I discovered that 4 items weren't sent. I complained, they told me they would issue a refund. I never received it. I followed up 4 times without any result, they simply ignored me. Overall I lost $80. I will not be buying from them again. They prices may be low, but if there is a problem expect to be ignored. 0 stars and I am being generous here.

I ordered a part and had it shipped FedEx ground then I got an e-mail about 5 days later that still...

Boats.net
7
%
There is some slight activity coming from this company when it comes down to resolving complaints, but so far it's neither timely, nor relevant.