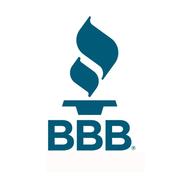 Having problems with Better Business Bureau?

I admit naivety here - I actually believed when I first contacted The BBB with this consumer complaint, they were going to help.

August 13th 2006: My disabled, senior citizen wife simply asked the Seaside, Oregon, Motel 6 desk clerk at check out time if we couldn't receive a discount for having been assigned a substandard room.

November, 2006: When I went to make a reservation to celebrate our 19th wedding anniversary at the coast, I was told at that time the manager, Lee Judson, had put us on his nefarious Do Not Rent list because of this innocent question asked 3 months earlier;

I've rented at that motel for over 10 years and other motels and hotels over half the planet for a half a century and never even heard of a Do Not Rent list, let alone being put on one. So I Googled it and found out it is a tool used by some hospitality managers to keep drug dealers, prostitutes and their ilk out, and rightfully so.

11/06/06 I complained to the West Coast BBB; Judson flat lied to the Washington BBB – he gave them a list of tortuous, felonious activities he said he puts guests on his list for saying we met the criterion. He later told the truth under oath to a BOLI Inspector.

So I set out on a crusade to set the record straight. For the past 12 months I complained to everyone and anyone who would listen about this egregious action without success, so as a final resort I was finally driven to try and deal with this libelous, defamation of character issue in Small Claims Court. Through his attorney, Stan Gish of Beaverton, Judson played the bully and filed a frivolous countersuit for $100,000 moving the case to Circuit Court forcing me to hire an attorney I can't afford.

What did the BBB do? They just flat lied as well and said I indicated that I considered my complaint to be resolved...! They're a joke. I complained to them and they got mad at me, told me to stop contacting them! Wow. I'd heard all the horror stories about that organization but didn't believe them - I'm a believer now, for sure!

I'll be reporting them to the Attorney Generals in Oregon & Washington when I wrap up here.

As a many year member of BBB, I felt they protected the consumer and were an image I wanted to be associated with. I filed a complaint against another member and was told that as long as member responded in writing, that the matter was settled. The response of the other member was "what a whinner I was" and "I was no longer welcome in their store".

I was given no recourse, and felt if this is the way complaints are handled, I would no longer be a member. This leave the consumer with no protection against abuses by business unless (like me) the business belongs to a professional organization with a code of ethics or is licensed by the state.

I filed a complaint with the BBB against a BBB member, Palm Harbor Homes; and the BBB closed my case due to the Palm Harbor sales manger lieing to them and telling them my house was completed when it was not. I informed the BBB of the dates after Palm Harbor had told them my home was "completed" that PH came to work on my house working toward completing it; also of the 14 non-compliance items the state inspector cited Palm Harbor for after Palm Harbor had told the BBB it was completed. The BBB closed my case because of PH saying my home was "completed", and Palm Harbor told them they have done everything possible to make me happy. It proves a business can lie to the BBB to get and keep a good rating, which is the very thing the BBB is supposed to protect us from.

The BBB gives Palm Harbor Homes a satisfactory rating, even though when you dig further into their information, Palm Harbor has had 83 complaints filed in the last 36 months, which I think is a lousey record.

So, don't trust the BBB, their reports are biased.

Better Business Bureau
34
%
Not bad, but could've been way better. This company does respond, but not as often as you'd expect them to.