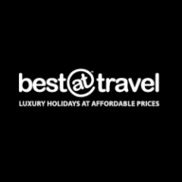 Having problems with Best At Travel?

ComplaintsBoard.com is not affiliated, associated, authorized, endorsed by, or in any way officially connected with Best At Travel Customer Service. Initial Best At Travel complaints should be directed to their team directly. You can find contact details for Best At Travel above.

Use this comments board to leave complaints and reviews about Best At Travel. Discuss the issues you have had with Best At Travel and work with their customer service team to find a resolution.

Best at Travel — Avoid this company!!!

If you haven't already booked with them DONT!!! If you have then be prepared for the following... Will...

Best at Travel — Lack of communication with regard to cancelled holiday

I had booked a holiday last year to St Lucia. Due to COVID the hotel contacted me to say they were closing. This was in March. No word from best at travel till I contacted them. My agent who I booked with Robert was helpful but asked customer care to contact me. I was due to fly on Friday 22nd May and I still haven't heard from them. Robert offered to rebook but I want to explore my options and also due to changes in circumstances ideally want a refund. They are refusing to give me an official cancellation invoice and was told that any refunds wouldn't be till next year.

You cannot get through by phone.

Best at Travel — Cancelled holiday no refund given arrogant staff

We have had our holiday cancelled because of Corona 19 Virus. Best at Travel are not communicating, sending...

This is the first time we have booked with BestAtTravel and the whole experience has been disappointing and stressful. We booked two family rooms at the Radisson Blu Azuri Resort and Spa for 1 week in December and paid upfront for it last Friday. On Monday we got a call back saying there was an "error" on their website and that the rooms were not available. The agent claimed that they sourced the rooms from an "external company" and they no longer had them. He offered us alternative at Preskil Beach Resort which is a four start resort and not a five star unlike Radisson for the same price! On further checking on their website they actually still had the Radisson Blu Azuri Resort and Spa advertised but at a higher price (£900 more for each room). When confronted the agent he changed the story to that they did have the rooms but this was now the price this "external company" was asking for!!! The travel agent (Dharam Patel) who was dealing with our booking was arrogant and had unprofessional attitude from start to finish. Don't get me wrong we do understand things can go wrong with bookings however if a company was upfront, transparent and sympathetic I would not have been writing this review today. Due to the breakdown of trust we cancelled our booking from BestAtTravel and was told the refund won't be until 3 days after. I would recommend this company to consider changing their name as they certainly are not BEST AT TRAVEL!!!

After booking a holiday and paid £300 deposit l was told to pay the balance in two days by phone.When l...

I wish I had found this site BEFORE I booked my holiday with BAT. I could have saved myself so much stre...

We found BestAtTravel via Google and their prices were very competitive. At the time we were having trouble finding availability for the trip we wanted, on the particular dates, and at the specific hotel so we were very keen to get in touch with them.

On the Wednesday afternoon my wife phoned them to book the holiday, we were told at the time that our credit card would be pre-authorised for the full amount of the holiday, but the money would not actually be taken until the trip was confirmed. They would contact the resort to confirm the booking, and then they would get back in touch with us.

On the Thursday we had not heard back from them so my wife called. In the meantime another company had come up with availability for a similar trip. On speaking to BestAtTravel, we were told by their salesperson that the hotel was unfortunately not available and so they tried to offer us alternatives – none of which were suitable. We told them about the offer from the other company, at which point my wife was told that the offer was not possible, and that she must by lying! She ended the conversation after speaking with a manager called Anjam (not sure this is the correct spelling), who told us the pre-authorisation would be removed from our credit card.

We then went back to the second company and tried to book the holiday through them, only to be told that the credit card did not have sufficient funds on it. By this time it was late in the day so we could not get back in touch with BestAtTravel to ask what was going on. The second company offered to hold the holiday for us until the following Wednesday.

On the Saturday I phoned my bank to see the state of my credit card and the pre-authorisation as the funds were still not available to us. To my amazement I was told that it had not been pre-authorised, but the full amount of the holiday had actually been taken by BestAtTravel on the Wednesday – without them actually providing us with a holiday! I told the bank that the money had been taken fraudulently (as I had not been given any services or goods), but they explained that I needed to speak to the company first to ask for a refund.

I immediately phoned them and spoke to a very helpful lady called Olivia, and she explained that in error, they had misread an email from the resort which arrived on the Wednesday, and the card had been charged by mistake. Their accounts department were closed until Monday so she could not confirm when the refund had been made to my account. I asked for a manager to call us back on the Monday after explaining my anger to them.

On the Monday (after my wife had to call them), she again spoke to Anjam the manager who at this point again started insisting that they had not taken the money from us. She spent 5 minutes arguing this point with them and being told that she was wrong! He then turned over the page of a document he was looking at (possible the manifest from the credit card machine) and found the evidence that they had indeed actually taken the money. At this point, my wife was told that the credit card was then re-credited with money. (I still can’t confirm this as it is now Tuesday).


My complaint with the company is twofold:-

(i) They made the mistake in the first place and took our money, this is quite poor, but I understand that mistakes can be made, however…
(ii) we were lied to on the Thursday when we were told that the ‘pre-authorisation’ has been removed –they knew at that time that the money had in fact been taken from us,
(iii) If the money does not reach us by Wednesday they will be responsible for us losing the other holiday.

(nb: it is now Wednesday, and we have lost our holiday due to the money not having been refunded yet).

Given the state of communications within their own company, and the attitude of the particularly argumentative, inept manager, I would recommend to everybody that they avoid this company like the plague.

AVOID Best at travel. This internet based company is not recommended.<br /> Poor standard of service...

Best At Travel
13
%
There is some slight activity coming from this company when it comes down to resolving complaints, but so far it's neither timely, nor relevant.

Most Discussed Best At Travel Complaints