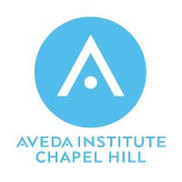 Resolved do accept their own coupons

Upon recently moving to Chicago, I was thrilled to receive an Aveda coupon in the mail for 50% off a coloring. So, I called my Aveda Concepts Salon that I go to, to book an appointmnet, thrilled to be receiving a discount in these tough times. After receiving the treatment, I went up to leave and presented the coupon (which the coupon instructions said to present at departure). The girl checking me out however, promotly informed me that they were no longer accepting the coupon because they "accidentally" sent out too many. I was not granted my %50 off (so I paid $150 instead of $75), or given any free product, but instead was told by the store manager there was nothing they could do. My recommendation for this company is that if you don't want people to use coupons then don't send out coupons. duh!

I asked for the ingredients of a toner used that caused my hair to turn orange and become very brittle. Aveda...

Pure NV Salon didn't wash my daughters hair, do the head massage, just curled her already wavy hair. They charged $48.00. I called and explained that I got my hair cut, blowed dry and curled for $50.00. They claimed that hers was a special occasion (graduation) and that was a different category altogether and the staff should have explained it when she booked the appointment. They didn't do that. The management feels that they are correct and frankly, I have never heard such nonsense from a business owner. He also mentioned that an Aveda Concept salon doesn't mean they have to follow a standardized format. The second salon in this town, called Kasha, seemed better, until I got two very bad haircuts by the owner. Instead of fixing the first one he made it worse! I mentioned that a $70.00 haircut should be of a better quality than say, a $25.00 one. He shrugged and that was that. My take on Aveda? Total ripoff.

Aveda Institute / Aveda Corporation
30
%
Not bad, but could've been way better. This company does respond, but not as often as you'd expect them to.