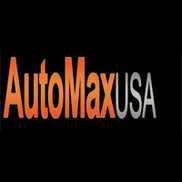 Having problems with AutoMax USA?

ComplaintsBoard.com is not affiliated, associated, authorized, endorsed by, or in any way officially connected with AutoMax USA Customer Service. Initial AutoMax USA complaints should be directed to their team directly. You can find contact details for AutoMax USA above.

Use this comments board to leave complaints and reviews about AutoMax USA. Discuss the issues you have had with AutoMax USA and work with their customer service team to find a resolution.

I purchased my car feb. 6 2018. There was grease in several spots on the interior when I purchased my car brand new which they assured me would be removed. I left my car there and when I picked it up the next day it still wasn't removed. It took 4 more attempts and 4 more loaner vechicles constituting about 3 1/2 week without my vehicle and calling VW customer care before this item was fixed. The dealership salesman made appts for which he never showed the manager did not return phone calls and it was generally hell. On top of this part of my purchasing this car was they register in CA (car was purchased in TX as I am on temp contract assignment here). They filed the wrong paperwork and do not have license plates yet. My temp tag expired and I had to get a loaner for which I have been driving for 30 days now. The dealership finally just received a temp tag and don't know when or if they will be able to get the plates for my car. To make a long story short I have had my car for 90 days but have only had 1 month to 1 1/2 months use of it and the dealership wants me to pick up my car with temp tags and no idea if I will get my plates. They tell me if I refuse to pick it up it will be a reposition on my credit. I know longer want this vehicle after all the time, hassle and problems. I have documented of all the times they have had my car which consists of 5 times for grease stains and now for 30 days for the license plate issue.

On November 6, 2017 my husband and I test drove a new 2017 Ford Transit with 54 miles on it. We mentioned the rattle in the door and one seat and that the phone did not work and that we wanted this repaired. We were at the dealership from 9:30am until 3:30pm. We drove the van back to Austin, one hour away, after purchasing it. Next day took it back to Killeen. Phone not working and rattle still there. Left it and drove home. Next day got a call it was ready. Drove back to Killeen, test drove and problems still there. Got in the van with two reps and they finally heard the rattle and realized the phone problem. Got a loaner and drove back to Austin. Now one week later still no van and we had a hard time getting someone to speak to us about the status. Several phone calls by us and spoke to Cal, Mark, Jeremy, Tim phone and email, Justin finally last night service department Justin did call to say they were working on it and it would be ready today or tomorrow. First of all this is my fourth new car, never had so many problems with a brand new vehicle and never had representatives of a dealership not return my calls. Remedy: fix the van like it should be and since Ford was promoting zero interest rate for end of the year vehicles eliminate my interest on this vehicle and put it to zero interest rate. Thank you. Justine Martone

Although there are no lemon laws in Georgia I believe I have a clear complaint of consumer fraud. I bought a 1997 Chevy Blazer from AutoMax that almost got me killed. Three weeks after I bought the car the breaks went out on me while drive down the highway. That cost me 400 to fix. A couple of weeks ago I went to have the oil changed and found out that my transmission was so bad that the oil change company would not flush my fluid and change the filter because it would start slipping immediately. The gentlemen that sold me the vehicle knew I was going through a separation, he knew I was desperate to buy a vehicle because I needed to get to work. He told me my credit was so bad that no one in the world would finance me. But he would finance me so that I could get the car and it would help improve my credit. I called around and managed to borrow enough money from family and fiends to come up with the $1, 500 down payment. I thought I was buying a $5, 000 car and it turns out it is going to cost me 11K. He assured me that the car had just been serviced which was not true. He led me to believe quit a few things that were not true. Oh, and did I mention that the check engine light came on the day after I got the car and when I called him his response was, "that’s not my problem, you bought the car you have to deal with it" I believe that this car dealer took advantage of me while I was in a vulnerable situation and on medication for major depressive disorder. He saw how much money I make a year and decided to take me for a ride. I bought another vehicle from a reputable dealer on Monday and plan on taking the lemon back where I bought it from today. When I called to tell the dealer I was returning the vehicle his response was you still have to pay me.

AutoMax USA
33
%
Not bad, but could've been way better. This company does respond, but not as often as you'd expect them to.