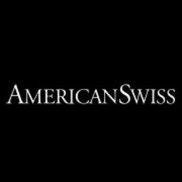 Having problems with American Swiss?

ComplaintsBoard.com is not affiliated, associated, authorized, endorsed by, or in any way officially connected with American Swiss Customer Service. Initial American Swiss complaints should be directed to their team directly. You can find contact details for American Swiss above.

Use this comments board to leave complaints and reviews about American Swiss. Discuss the issues you have had with American Swiss and work with their customer service team to find a resolution.

Hi, I am deeply disappointed with the branch in century city, I went to purchase a g-shock watch as a...

Hi there I'm very disappointed & dissatisfied with the horrible unpleasant service I received from your...

We were very insulted with how the women at the American Swiss store behaved.

We were there for an engagement ring and that would've included also ring finger measuring, but the "girls" kept taking pictures with their smart phone, to even notice us walking out of the store.

It was very insulting, they just kept laughing and probably viewing the pictures they just took, none of them had the "time" to even come to us and ask us what would we like, this was a first as we'd been loyal customers of American Swiss and it was hurtful.

The worry is- how many customers walk out of AS because they just couldn't stand the underrated customer service?

I have called in previously and it was said someone would contact me after I have laid the complaint, to date, nothing.

I bought my wife an diamond ring about 4-5 years ago. Two of the diamonds kept on falling out, we had it re-fitted and then the third time your Wayside mall store paid for it as it happened weeks after repairing. The diamonds fell out again after this and the store manager requested a report from the jeweller why this was still happening. According to the report the rings clasps had to be checked and adjusted once a year. The jeweller has also stated that if they fix it they cannot guarantee that the diamond would not fall out again as there is now wear and tear to the ring and it was not sent to them annually to check.

Firstly, when you purchase something like a ring for your loved one, you would expect it would last.
Secondly, at no time has anyone informed me about this annual check and sizing, and I have bought several rings for my wife from your store.

Everyone always asks about insurance but never that we must bring rings back yearly. This ring is now useless and we have wasted our money, American Swiss however has wrongfully been enriched by selling us a product without properly explaining the terms. On top of this the jeweller basically indicated that the design is also part of the problem.

Can someone please assist before I take this matter further.

Yesterday in the early hours of the morning i went to American swiss Randburg to have my ring sized.I found...

Helow American swiss... I would like to give you feed back of what i bought at your branch Airport Junction...

I bought a gents ring in our Stellenbosch branch and give it for resized in Somerset Mall, A week later I...

I bought a ring at American Swiss Sandton. I took it to a jeweller for an evaluation. The certificate number of the ring and the actual ring number from GIA is not the same. Thus meaning in the shop i was given a certificate of another ring. Which means I do not have a certificate for my ring. Nobody seams to know how to help me. I have booked a ticket to Cape Town to go to the American Swiss head office to see if there is a compitent person who can assist. Lets hope!!!

I'm a customer of the group and my wife bought me Tempo watch as a gift last year, I took the watch back for repair in kempton park festival mall from February and waited +2 months for that watch to come back but nothing. When it finally came it was still showing problem before I can get out of the mall to show no work was done, I returned it to Yolanda cashier and re booked it for second time during May but till now no any form of communication or correspondence from companies side. I'm really not impresses about the iincompetency and unprofessional people who tarnish the name of such a brand. I'm thinking to take this matter further because we paid cash for it and hardly used it or enjoyed this product. Other option will close up account with you guys because to me service delivery and integrity is the most important thing.

Hope you will attend the matter ASAP

I purchased a white Gold ring from your outlet in Accra, Ghana with below address: AMERICAN SWISS SHOP 125...

On the 30 June 2017 I went to pay an account at american swiss riversdal while the sales lady is busy with the payment I look around and saw a chain withe matching earings for R249 I told Gaynor the saleslady that I bought my girlfriend the ring and so I want to buy that set as well because it is the perfect match so she told me that it is not the price that I saw then I told her but everything in the store have there own price tag and a customer pay's what he saw then she told me that I am a difficult customer but the point is what you see than you pay or am I wrong.Then they called there regional manager then she also said but it is not the price but I saw the price tag for R249 am I not suppose to pay that price that I saw or what.

I got the most appalling service at American Swiss Alberton City Mall on 06.05.2017 and to make matter...

On the 21 April 2017 Ashleigh Potteries took her 21st bracelet that I had given her as a present in January...

I am a very angry client due to the ridiculous service I got from American Swiss in Polokwane Limpopo mall.
I booked my two watches for strap and inside repair in October 2016.
I was then called to come pick them up but to my arrival only one watch was fixed. I then requested the other watch to be rebooked because they charged me the inside repair which was not done .
I went few times to check if my watch was back because I was not contacted by anyone in the store.
Today I got to the store and I found out that the watch is still not fixed because it was never booked.
I was told that my watch will then be booked now, I must wait for three weeks.
not even the manager can assist because "she is sorry"
they wasted my time by not doing their job.
I want my watch fixed and I don't have 3 weeks to wait .

on Friday January the 20th, I took my wedding ring to American Swiss at Mall @ Carnival to be resized. the...

For Christmas 2016 I bought my finance a Anne Klein watch set which I was told is Gold. On 29 January she took it back to the store that I bought it from and was told that they would pay her back for the set but they do not have the R2, 499.00 in cash at the moment. They advised her that they would contact her to when she can come and collect the cash and hand back the jewellery. I would like to know when I can get my full refund back the gold had rubbed off, is this the type of bull #### storys you tell your clients, is this standard business practice or will it fall under the harm full business practise act. Who pays for my time and travelling to your store to take the product back. When I bought the set I had to pay there and then not when I had the money now I must wait for yourselves to rip some one else off to pay me. As per hello peter this is not the first complaint of this nature. For a group of your size this is shocking are yourselves going to pay interest on my funds as its not what I was told it is and now I must still wait for my funds to be returned to me how does this work will consulting an attorney be the way to go. [protected]

To whom this may concern, I write this message to you with immense frustration and disappointment with the...

American Swiss — repair and cleaning of a ring

My Name is Taminda Leach and in Nov 2016 I took in a ring (that was purchased at American Swiss) to have two...

I handed my Skagen watch in for strap repairs on the 15th may 2016 @ American Swiss Cresta Branch, they said it would take 6-8 weeks to repair the watch strap. I went back on the due date given on the receipt (26th June 2016). The watch was not ready and they forgot to phone for a quotation, therefore nothing had been done on the watch, they then phoned me on the 27th June 2016 with a quote of R535 which I accepted and gave them the go ahead. They then said the watch would be ready in 4 weeks (25th July 2016). I phoned before going through to the store, they then mentioned it was still not back and it said on the system that I hadn't accepted the quote, so again I accepted. They said it would be ready that Friday (29 July 2016) and I could come collect it, actually they promised that it would be there. Again I phoned ahead before going through, AGAIN it was not back and now they couldn't tell me when it will be ready. I thought I would give it another week to wait and see. So Friday (5 August 2016) I phone again it is not there, another week goes by Friday (12 August 2016) still not there, I phoned yesterday (15 August 2016) they said it was still not there and they would try get through to the repair workshop to give me a date for when it will back, I heard nothing. I then call today (16 August 2016) the shop apparently can’t get through to the repair shop and they don't actually know what to do, they also frustrated apparently and then I am told the quote is now R635. I am highly frustrated and disgusted in this poor service. I don't understand how this hasn't been dealt with from a managerial side and how you can promise certain dates and then not deliver on your part. I also don't see how this can take over 3 months. Frankly I don't even care if it doesn't get repaired, I just want my watch back from this useless workshop so I can take it to someone else who will keep to their quotes, delivery times and promises.

American Swiss
3
%
Doing nothing would be this company's favorite pastime, if they had the energy for it.