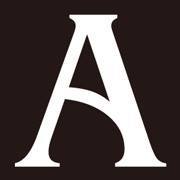 I ordered this sweater from you 1 January and paid by PayPal transaction number 7HP41850MH3230311.
I did not receive a confirmation of the order from you .The details given in my Paypal account show I have been debited the amount, 42.45€ and that the item has been shipped by MANUAL tracking number LTN104288252N1 yet this cannot be found when trying to track it.
Please confirm my order ( that you have been paid for!) and also let me know when I can expect to receive it and give me a valid company and tracking number please.
Failure to do this will mean I will ask for an immediate refund from Paypal.
Karen Knapton
karen.[protected]@ wanadoo.fr

Airydress.com — can not get a refund for incorrect order.

This company is Horrible! I ordered a dress on July 18th, 2018 and paid for expedited delivery. I emailed customer service several times stating I have not received my order and...

I spent $233.78 on clothing not as advertised, some items too small and some too large though I went by the sizing they gave. I wrote them and they offered to give me $75 back on my order which they said was $110 when it was $233.78. Can anyone help? The website for how to return something is horrible and would not let me enter info for all the items, only one. I cannot lose this money. I order on line all the time from reputable dealers. My order # is [protected]

I have ordered items from airydress and even although I cancelled orders the company have taken £152 from my bank account. I explained the reasons for my cancellations but still...

Spent hours on Airydress' website to put together shoes, a blouse and a skirt which could go together. Did payment via Paypal with Debit Card.

Received an email from Airydress on 9 September in which they confirmed that all 3 items ordered have been shipped.

Received an e-mail yesterday in which Airydress simply stated that a refund has been made. I requested why refund was made.

I was then informed that one of the items was out of stock. Do they think the word "idiot" is written on my forehead? How can they confirm on 9 September that all 3 items were shipped and then a few days after claim that one of the items which was already shipped on the 9th was not in stock? I consider this breach of contract. When I accepted the order and made payment, a contract was concluded with Airydress.

I was informed after 2 of the 3 items have passed customs that one of the items was not included, and also informed that I needed to pay customs before goods would be delivered.

BUFFALO agreed that I did not have to pay the customs and that they would keep the parcel. The confirmed that they had notified Airydress of this and that they also informed them of my request to be refunded for the 2 items kept by BUFFALO.

Airydress then thought I was stupid enough to believe that I had to SIGN for the package from BUFFALO as without my signature BUFFALO would not return the parcel to Airydress. REALLY?!?

So I've now requested Buffalo to confirm whether or not this fact is true - haven't received any response as yet.

Airydress sent an e-mail in which they claimed that for myself to be refunded by them, I must first pay the customs, sign for the package, and then "if I'm not satisfied" I can return the parcel to them for a refund. ARE THEY SERIOUS?!? So in this manner they distance themselves from the entire transaction as the customer has now signed and paid for the parcel (WHICH IS INCOMPLETE!). Should the parcel now be returned for a refund, the customer must probably incur all expenses and customs to have the item sent back to Airydress. BUNCH OF [censored]ERS they are!

Airydress committed breach of contract. They are liable towards logistics as well as the customer for a full refund of all costs incurred. Airydress must pay the customs which I assume is the amount which was incurred by Buffalo. They must also refund the customer for goods returned and which the customer is entitled to return - SOUTH AFRICAN CUSTOMERS ARE PROTECTED BY LAW in terms of the CONSUMER PROTECTION ACT! Consumers must be protected against companies like Airydress. Whether or not Airydress gets the parcel back from Logistics has got nothing to do with the customer. Airydress made a misrepresentation to the consumer, everything is their fault. Both the customer and logistics are innocent.

So this is the way Airydress shifts blame! Trying to make the customer believe that somewhere along the way the customer slipped up...

I bought several clothes at March 25，2018. And all the clothes arrived at April 10th. And I found all the quality of the clothes were poor to death.So I applied for returning the clothes. And I chat with the sales reprensentive and she told me the aftersale agent would connect me in 24 hours. But no one conntanct me. And I have to filled the form for so many times. But no reply. No one gave the the return adress. So if you want to buy clothes at https://www.airydress.com. Please be careful. Think about it. I saw a lot of complaint about this store or company.

[Resolved] did not receive my refund

I placed an order on Airydress on 1 March 2018. After receiving a previous order from them, I decided to cancel as the products were not great. It's now 2 weeks later and they...

Hi, I purchased dresses from Airydress in November 2017 and still haven't received them. After many emails (mostly ignored), I managed to get hold of someone on chat who said it was my responsibility to follow up with the courier. I have bought many things online from various companies across the world and have never had to follow up with the courier. I paid Airydress for the merchandise, therefore they need to ensure they deliver what I paid for. If they are unable to do so for whatever reason (mine was stuck in customs because of a customs charge I was not aware of) then it is unethical from their side to continue with the transaction. I am also in sales and there is absolutely no way we would ever sell a product to a client when were could not ensure we could facilitate the delivery of this product. Airydress's response is basically 'well we gave it to the courier so the rest is up to you'...'but they'll take your money. Given the other complaints I am reading I am now not even sure what to expect regarding the quality of the dresses I ordered. I have also looked for a head office for this company with no luck. Does anyone know where they are based? I have gone to social media but I would like to lodge a formal complaint against the company itself as I believe their business practices are unethical

 Type in your message here and press Enter to send

I placed a large order on 8 October 2017. I was then told they needed details to verify that I was who I said I was and I had to email them information I have never been asked to do. Payment eventually was authorised on 12 October 2017. I then proceeded to wait. When I didn't receive anything I queried it on and was told that it was peak season and everything was taking longer but it would be shipped on 18 OCtober. I waited again and when I went onto the website I saw that it had not been shipped so I again queried it and was told that the items would be shipped on 23 October. By 26 October they had still not been shipped and I requested a detailed response. On 29 October I was told that one of the items was in popular demand and they couldn't get it but they would ship the other items if I wanted. On 30 October I confirmed that they must ship the other items and asked for it to be done express shipping. On 1 November I was told this had been done. I received nothing. I queried it again. Now I am told on 8 November that I will be refunded for the outstanding item which take 7 to 15 days for who knows what reason and the rest of my items will be shipped soon! This means that the email of 1 November was simply untrue. I am appalled at this conduct.

I bought 3 dresses from Airydress in October. Only one of the dresses was the right size and the correct dress. One was about 20cm shorter than the advertised price and would fit a child (in fact I gave it to a child). I was not able to return the dresses and only received a small coupon towards further purchases - which I will never use because I will never buy from this company again.

I have seen positive reviews and not sure what to say. I have nothing good to say about this website and its service. I ordered twice and both times there was something wrong. The first time was better than the second one. I just gave them another shot they didn't deserve.
So I purchased 3 dresses for a good price and picked an expedited shipping to have them here as soon as possible. They were shipped within 24 hours and ... gone. I should mention that I ordered them 4 months ago.
I requested a refund 2 weeks ago and not sure I will succeed. Just judging by how "fast" they are.
This company is a joke, guys. Don't waste your time.

AiryDress / ZC Holding
55
%
This company definitely cares about its customers and responds to overwhelming majority of complaints.