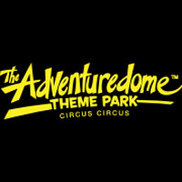 Having problems with Adventuredome?

ComplaintsBoard.com is not affiliated, associated, authorized, endorsed by, or in any way officially connected with Adventuredome Customer Service. Initial Adventuredome complaints should be directed to their team directly. You can find contact details for Adventuredome above.

Use this comments board to leave complaints and reviews about Adventuredome. Discuss the issues you have had with Adventuredome and work with their customer service team to find a resolution.

I booked a room at Circus Circus Las Vegas, for 3/28/14 What was supposed to be our family vacation turned into a nightmare. On the day of check-in we decided to go for a swim followed with a fun filled night at the Adventuredome. By 7pm me and my 4 children had wristbands for all day ride pass. By 11pm we our fun night had came to an end, My 2 children named Sarah and Armando Had gotten seriously hurt on one of Circus Circus newest roller coaster called El Loco. As the roller coaster began to go down at a fast speed, I heard my 2 children screaming and crying. At the time I thought nothing of it, till the ride had came to a complete stop. My daughter Sarah was bleeding from her mouth & my son had a swollen busted lip. Security provided 2 ice packs, took down a report and pictures of they're injuries. All we were give is a report number. Later that night my daughter Sarah woke up crying in severe pain from a loose tooth caused by her injury on the ride. I stayed up with her all night that night till morning. I still haven't heard anything from the casino, not even an apology for a weekend of fun ruined. I took pictures of both children and will be willing to show any attorney interested in the case.

Adventuredome
100
%
This... this rating shouldn't even be possible. Not every mother cares about her own children how this company cares about their customers. Perfect!