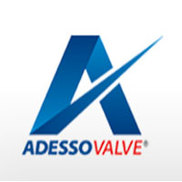 ComplaintsBoard.com is not affiliated, associated, authorized, endorsed by, or in any way officially connected with Adesso Valve / Maasdam Valves.

We have delivered raw materials required to make valve bodies in ASTM A350LF2 almost 1 year ago, since than...

A titanium stockist and distributor located in Germany, have begun legal action against the companie...

I am a malaysian Engineer and was employeed by Adesso Valves for several months and this company has no...

We are a dutch small machine factory who has done sub-manufacturing for Adesso Valve in Rotterdam / Dordrecht...

we ordered some valves from Adesso Valve through a trader in earlier 2011, but the valves were not delivered...

Adesso Valve / Maasdam Valves
67
%
This company definitely cares about its customers and responds to overwhelming majority of complaints.