D
Dom200 of La vegas, US
Jun 12, 2022 11:35 pm EDT
Featured review
This review was chosen algorithmically as the most valued customer feedback.

The coolers are out at this location lake Mead and Buffalo in Las Vegas Nevada. Everything in the cooler is warm no one in the store is aware of it Except one. This location continues to sell perishables out of the cooler no one's saying a word. Who runs this place unbelievable. I'll contact the health department tomorrow thought you should know.

The manager and the register employee are so rude they need to be trained how to talk to the customers. The location is 6036 N First street Fresno CA 93710. I just left the store right now today date is April 29 was at 4:15 the problem was about an item I didn’t use it at all and I wanna return it and the manager insisted that is used even the tag still on it . Even last week I got an item for 9.99 and it was broken and they return it so I lost almost 20$ in 10 days in your store plus the employees and the manager are rude and impolite I will never buy anything from your store even is cheap

Manager should place a sign announcing refusal to accept pennies instead of mistreating customers. The Manager at this address 19201 Bear valley rd, Apple valley, CA. Was rude needs to be trained on how to calibrate the pennies weight device. We took $5 in pennies they were wrapped in 50 cent wrappers and the Manager was called as we were paying the... 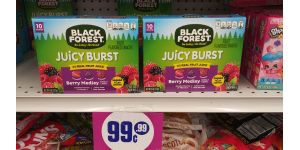 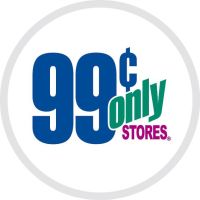 99 Cents Only Stores - Deceitful, fraudulent shelf price labels
The 99 Cents Only stores I have shopped at in Orange County, CA have been for a long time deliberately putting cheaper prices on... 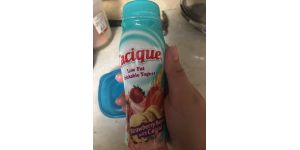 99 Cents Only Stores - cacique yogurt
Hello yesterday 08/22/19 I purchase 2 cacique yogurts for my kids when I got home one of them was bad already it had green stuff... 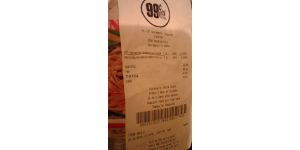 99 Cents Only Stores - fire rude manager
I changed to return my noodles a couple days today 8.4.18  I want my 1$ back now 1$ extra because the manager was rude! I'm so...
W
Wheels Moore of Mesa, CA
Mar 21, 2022 7:35 pm EDT
Verified customer This complaint was posted by a verified customer. Learn more
Featured review
This review was chosen algorithmically as the most valued customer feedback.

I watched this man chase a young woman into the parking lot and punch her. He then danced around like a prizefighter after a knockout. When I admonished him about it he banned me from the store saying I call the shots around here .I used to spend around $200 a month there

The store Off off Fletcher parkway and Baltimore in La Mesa. C.A. Well entering the store I waved hello to the Managed know as Yoloanda then went shopping, a few minutes later the head manager asked me to leave the store because the other manager Yolanda said I made a lewd comment or some made up concoction its obvious she's done this in the past and is a...

Hi My Name is Mary Davidson & I am a regular customer at your store & it's walking distance from my apartment store st # 399 Sun Valley I am 65 year senior & you have a cashier her name Gloria don't know last name Gloria has and attitude & she always rushes me out of line before my groceries get packed in bags & says she has customers waiting in line were...

At 8pm on August 6, 2021 I went to the 99 cent store on Highland Ave in National City, CA. I like this store because it is large, clean and well stocked. Prices for items that are Not 99 cents are usually well marked. I had just come from Walmart next door. They did not have the canned drink that I usually get there on the flavors that I like. The 99 cent store did and I was very pleased that they would be 99 cents instead of the $1.78 that Walmart charges. So I loaded up 12 cans in each of the two flavors that I like. The bill was much higher than I had anticipated. When I checked my reciept I had been charged $1.99 for each can. The sign clearly marked them at 99 cents. When I pointed that put to the employee, she said that all energy drinks were $1.99. I showed her the energy drinks on the same shelf next to the Rise drinks from the same manufacturer, Kickstart which were 99 cents. She told me that I could try to argue with a manager but it wouldn't do me any good. Very unhappy with being overcharged and by the way this was handled.

Desired outcome: Pay the posted price for my 24 drinks

On 7-24-21 I was at your store at 2028 E Highland Ave in San Bernardino Ca. I was in line check stand 3 I believe, the cashier from check stand 4 walked past me and went to check stand 2 and told a hispanic lady that she was open on four. As the cashier walked back past me I proceeded to follow her to check stand 4. The cashier turned around when she got to...

To who concern, my name is Deylis Gayle. The reason I'm here today, is cause around 1:30 pm I went to the store number#-105, located at 45 North Nellis Blvd in the shopping center. I went there seeking for some small cans of juice for a family member I currently have hospitalize at the umc emergency intensives cares. So, towards the last ial to the right...

The 99 Cents Only stores I have shopped at in Orange County, CA have been for a long time deliberately putting cheaper prices on shelf labels for items but at cash register charging much more for the items ($1-3 more). I know this is deliberate because I even took photos of the item on the shelf, the price label on the shelf for the item, photos of the...

So on friday august 7, 2020 I went to the 99 cents store in salinas ca on laurel They only had two cashiers open the lines were so long and they had people waiting outside for long time I paid with a cashier name isabel r she has a very bad attitude and bad customer service she told me to remove my things from the basket cause they were not allowed on...

Today I went into the 99 cent store down the street from my house. I always go to this same store. I was looking in the toy section in the back corner when I over a page for the restroom to be opened. I noticed a customer waiting for a while, two or more employees walked by and no one opened the door. So I told the lady I'd go find some one for her since I...

Bought plums brand name appeared to be "Flavor Farmer" It burnt my mouth - probably loaded with pesticides. Tasted like [censored]. Didn't clearly state on the package where it was from, probably china. Please don't buy any more crap from China.

I stopped by around 8:30 pm as a last minute grocerie stop as I work as a teacher around this neighborhood. I asked one of the ladys that was on her cell phone having a conversation by the way during her shift, if she could please possibly help me get a cereal box from the top shelf that was out of my reach? She then looked at me rolled her eyes and...

My husband is a hard-working man him and my kids and I shop at this store constantly spend lots of money two weeks ago we went in there like we always do and with ammar girls we were in line but we're getting ready to pay for something for my daughter's needs for school and a lady decided to publicly embarrass has put us down and accuse my husband and my...

October 12, 2019. Rude Mexican employees. This will not increase your business.in fact, you are losing customers. The staff in this store are nasty and condescending. They are not the only ones who speak Spanish!!! I am not looking to be their friend. I want impartial professional service. I am going to Military authorities to advise them of this store and...

I visited this store earlier this week. I was appalled and very disappointed in the LARGE number of dogs in this store. Dogs on leashes, dogs being held, dogs in shopping carts. This is disgusting!!! You people sell food here, I prefer not to eat dog hair. I prefer to not have my child harassed by ill mannered, yapping dogs in this store. Not one of tjese...

In the 99 cent store in Palm Desert, California, on Highway 111, there is an old white woman with glasses and brown hair in a ponytail who works there and just stands at the door suddenly and accuses a few different people of different race. She is being racist and prejudice. Do people even like to be accused like that in a bad manner? Is this the store motto "We Are Racist"? Walmart has better integrity than that store.

My family and I went to 99 cent around time 8:33.my husband ask too one of your employees name lupe where was the rice and sugar.on a big attitude this was her answer ? You guys want everything on the hand they dont [censored]en pay me for this [censored] and turn around we did spoke to the manager but I dont none of customer deserve to be treated like this . Sonia Alvarez [protected]

Hello yesterday 08/22/19 I purchase 2 cacique yogurts for my kids when I got home one of them was bad already it had green stuff on top when I look at the expiration date it said July 13 2019 please make sure this don't happen again I was about to give it to my 3 year old good thing I saw it first and it smelled horrible I had to throw it away. Thanks alot