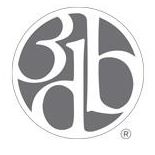 Having problems with 3 Day Blinds?

Shades for my home

My name is Karen Roberge and I live in Mesa, Az. I've been dealing with so much with this Co. Since June of last year. I wanted to have shades put throughout most of the home. I have had nothing but problems from the time they came to still now and the job is still not finished. We paid a lot of money to have this done and everything about this experience has been terrible. From the beginning we had many shades show up that had stains in them, cuts in them and holes. I was then sent to a case manager Will Padiernos. He has done a terrible job at getting this resolved. We finally did have shades redone after I had to sacrifice 4 days of my time throughout a period of months from June to present. And now I still have an issue. The only reason I was able to get things even to this point is because I had to keep contacting your co to get them out here. For some odd reason they said after 6 months that they did not have my phone number or anything . When I called they lady said my address and contact info had somehow been changed to someone else's. Ridiculous how that could have happened. The orders were never right, even though the installer would call from here in front of, tell them what I needed and the. Months later, they weren't ordered or they were the wrong order. This happened over and over. Plus the times they told me they could do something different for my valences then to find out they couldn't months later and that guy didn't know what he was talking about. Many times of having installers to my home and not having what they needed. Wasted time! Then the last installer that came said the other installer did not install them correctly. He said we needed to have an installer come with the supervisor to learn how to do it right and fix them all. Then, Will sent me a message saying we need to send them out AGAIN of course. It was on Christmas holiday so I did t return the call right away. Then come a week or so later I get an email saying that the installer said the issue was resolved and closing out my account, when in fact no one had ever returned to fix them. The last installer told me many ways about how they were installed were wrong. And could cause problems in the long run. Now I've had these like this messed up for months and no telling what problems may have been caused for me in the long with them installed this way. Then if coarse if they break later it will be considered my fault when I know they are not installed correctly and probably have already worn incorrectly, impacting the product life span. For Will to send me an email closing out my account was all I could take. I felt I've been super patient, but after about the 5th time then coming to house my patient ran out. And now this!!! I am very upset and don't know who to contact now to get this resolved. And just the entire process has been terrible. I paid all that money and got treated terrible because of the poor communication throughout the co and also because of the poor product! I hope you can somehow remedy this. It's disappointing to see a large co that I chose from many others I was looking at and now regret everything about it. The only thing good I can say about this co is the installers were nice. But nice is not all it takes. And 50% of this issue doesn't even have to do with the installers. I have emails tracking g most of this activity as well. My email is [protected]@gmail.com

Spent over $5, 000 on blackout blinds for 3 windows and 2 skylights. 2 people from 3 day blinds showed up to measure the windows. Several weeks later: Install day- none of the blinds fit the floor level windows. Not to mention aside from not fitting they were all lopsided, crooked, and had uneven edges. The installer tried to say that my window frames were crooked!! The installer goes on to say that 2 of the blinds are "acceptable" but 1 was so bad it would probably be remade. He stood over the skylight shades, he had no idea how to install them and said something like I'll figure it out, not to mention he didn't have a ladder tall enough to reach. I refused delivery. 3 day blinds failed to acknowledge issues with the 2 blinds they deemed "acceptable" - and didn't even concede that since they mismeasured ALL THE FLOOR LEVEL WINDOWS- that there could be an issue with the skylight measurements. Your customer service is HORRIBLE! Give me back my money! You have damaged my window sills not to mention YOU BROKE THE BLINDS THAT WERE PREVIOUSLY ON MY WINDOWS AND I HAVE NO BLINDS OR CURTAINS FOR SEVERAL WEEKS!!! Reordering different products with a 6 weeks delivery timeframe is NOT ACCEPTABLE regardless of whether or not you think your horribly made ill fitting LOPSIDED blinds are "acceptable" By the way- I took a level to every inch of my window frames and despite your company claiming my windows are faulty- it is actually YOUR HORRIBLE PRODUCTS. Decent customer service and actually acknowledging you completely failed plus an apology would have gone a long way- instead deny deny deny and try and force horribly made blinds down my throat. THOSE BLINDS WOULD NOT BE OKAY IN ANY OF YOUR EMPLOYEES HOMES! REFUND MY MONEY!!! $5, 000 and you damaged my new home!

I ordered my new blinds on April 13. I keep getting told that they had pieces out of stock, so they were...

Their consultant completely misled up into ordering a product that apparently does not even exist. A fact...

I had a Design Consultant from 3 Day Blinds come to my house on 4-18-15. I asked her one specific question...

The "custom" drapes I ordered ($2, 000) are terrible! The craftsmanship is horrible, they do not drape...

I ordered window coverings from 3-Day Blinds totalling over $5000. The shades were expertly installed and...

Curtains were installed very wrinkled, were not measured properly, were lost, left a previous drape tensioner...

On 4-23-12 I had my kitchen/family room blinds installed at which time I noticed that the valance was not color coordinated with my blinds - looks totally unfinished which I mentioned to the installer & he was going to call that evening . After he left (as he was in such a hurry) I noticed that the blinds were getting hung up on screws that he installed and I know that they will rip if you do not close them very carefully . I called the next morning and was told they will be fixed ASAP. Several attempts have been made to rectify this and still no result. I'm given every excuse they can think of. i.e they changed the head rail system and don't offer that anymore and now this morning I was told the order was placed on 5-08-12 How long does it take to cut 2 pieces of colored plastic for inserts to coordinated the color? I'm afraid to open my blinds for fear they will rip and after this experience I will be stuck with ripped blinds. I left 4 messages with the "design consultant" and have not heard back from her. The last conversation I had was on 5-9-12 and was told 2 to 3 days well it is now 5 days and haven't heard a word. By the way their web page claims they are a member of BBB but BBB does not claim them. Isn't that against the law?

3 Day Blinds took 2 of our blinds for repair and never returned them.
One of the blinds has been missing for more than 6 months!
Every time you call customer service you are put on hold for more than 10 minutes and asked to repeat the entire history of the case.
Each customer service representative will provide a different story on the status of the blinds.
Customer service will not call back as promised.
They will not provide a plan on how to resolve replacing our blinds, that they took for repair
They will not commit to reimbursing to have another company come to replace lost blinds that they took for repair and lost!
I may have to go to small claims court to try to be reimbursed.
Incredibly unprofessional service at 3 Day Blinds.

3 day blinds what a joke. The unprofessional blind design consultant measured our windows on DEC 9th. Today is Jan 11 and the installer still has not received all the blinds we ordered.
I was told one set of blinds were built but were sent to the wrong installers address.. I had to find this out myself by calling California 3 day blinds service center, they did not contact us... 3 day blinds just made us wait & wonder.

Also, 4 out of 5 blinds were ready in DEC. We called customer service to see if we could have the 4 blinds installed, they said they would charge us an extra $60 to come back out for the 5th one to be installed.

We have been dealing with 3 day blinds for over a year!
These are just some of the problems we have encountered:
The blinds were measured several times by several employes and mistakes were made every time.
The wrong colors were ordered.
Factory mistakes on product.
Drapes were cut uneven.
Valances wrong size, color and style.
A refund was promised for install and never delivered.
Rep refuses to call back to me and will only call my wife.
Takes days sometime weeks to get any answer.

This was not a difficult install, the windows are square and easy to get to.
One can only conclude that incompetence runs ramped through all levels at 3 day blinds

3 Day blinds is guilty of false advertising. How can you name your company "3 Day Blinds" when you KNOW that...

Resolved Company did not deliver promptly!

I ordered blinds for a slider window which included a valance in November, the company sent the window coverings out one week before Christmas, the valance was cracked and measured incorrectly so they sent it back. On January 5th I called the company and they said "the order was held up in corporate" and that she would call me back in 3 days with follow up date to be delivered she did not call back as promised and when I called her she gave more excuses and a different story about needing paint to dry. I called corporate who never called me back. This company did not deliver promptly and does not follow up issues appropriately after being paid which was in excess of one thousand dollars.

3 Day Blinds
7
%
There is some slight activity coming from this company when it comes down to resolving complaints, but so far it's neither timely, nor relevant.