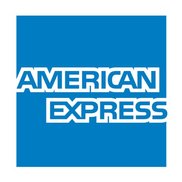 I opened an account on line one 8/7/20. I made transactions over the next 3 months and then on 12/18/20 I received a letter saying that my account was closed saying that they believed it was opened without my authorization. I NEVER received any notification prior to this that there was any question as to my identity. I had $500 in the account at the time which is now missing. I contacted express-b105579">American Express on 12/18/20 and was spoken to very rudely and told that they could tell me nothing and that would have to call back on Monday as the "team" I need to speak to was off. WHAT???!!! You have basically "stolen" my money and are telling me to wait til Monday? I called Monday and was again treated like a criminal for over an hour (during MY work hours-your "teams" are gone by the time I get home from work) by Randy. Finally, I proved it was me (you had 4 months already to confirm my identity). She told me the account was reinstated and all was good. It appeared so on the computer screen. On 12/28 I tried to withdraw money as I had bills to pay. There was no account. It was closed. I called AmEx & spoke to Charles. He told me that the Order (I forget the term he used) to stop the closing of the account never went through and so it was closed. After another hour on the phone (during MY work hours) Charles said he opened a new case to reinstate the account. I asked to speak to a manager but had to hang up as I was at work. Charles left a message on my phone and asked me to return his call. When I called back DOUG answered. He said that there was no was to get in touch with Charles and that he could help me. He put me on hold for 10 minutes and then told me that he "miraculously" found Charles (???) and that he was contacting me to put me in touch with a manager. This whole situation is beyond ABSURD at this point. Doug then tells me that because they closed the account it would now take DAYS to approve a re-opening of my account. REALLY??? It took LITERALLY MINUTES to approve the original opening of the account!!! I called again on 12/28 when I got home from work and spoke to Marc. I was again told that it would take DAYS to get my money (WHICH YOU STOLE FROM ME). He said he would put through an expedited case and that I should have my money by the next day. On 12/29 my account was till not opened by 12 EST. I called Amex and asked to speak to Marc and provided them with the (apparently [censored]) extension Marc had given me. They don't know who Marc is and the extension makes no sense to them. I am now speaking to Camille. She transfers me to Ashton. He says they are working on it and the money should be there by the end of the day (the account was reopened but now there is no money in it). Marc leaves a message on my phone saying that he "worked with one team to open the account" and now he HAS to "work with another team" to get the funds from the General Ledger back to my account. As if this was a National Incident. ARE YOU KIDDING ME???!!! How many express-b105579">American Express Employees are being paid to first STEAL my money and now CONTINUE TO INCOMPETENTLY HANDLE this matter?? It is now 6:00 am EST 12/30/20 and you still have not given me back my money. So let me paint you the picture of the last 2 weeks of hell you have instilled on me by stealing my money. I have $70 of overdraft fees from my other bank because I was counting on the money you stole from me to cover checks. I had to roll coins at 4:00 in the morning because I had to pay my water bill (again.. was counting on that money). And I couldn't buy the groceries I usually buy for Christmas because YOU HAVE MY MONEY!!! I have never in my life been treated so poorly by a Corporation. It is atrocious!! My son turns 21 tomorrow and I literally have no money to buy him a gift. I am sharing my story with everyone I know. I am looking into whether this is considered a crime by the government. IT SHOULD BE. If it is, you will be hearing from my attorney. The anguish and stress the has caused me is undefinable. Your Company should be ashamed of yourselves.