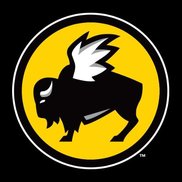 On Thursday, February 12, 2010, I went to BWW to place an order for my co-worker and myself. When I got there it was pretty quiet for a Thursday, so I expected to be in and out in 15 minutes. WRONG!!! The cashier was RUDE!! She was text while my order. It took 25 minutes to get my order. The noticed the manager and workers in the back horse playing and not making the order. Other guests coming in to the restaurant were noticing this also. One lady came in with her incorrect order and asked to have it corrected. The cashier stormed into the back, almost pouting, stating “I ain’t got time for this!” which instantly upset the customer, who then stated “I would like to speak to your manager!” The manager came out with my order, hastily handed it to me and dealt with the guest. I couldn’t stay to see how that turned out because I was already over my scheduled break (15 minutes pay docked). When I returned to work, my co-worker and I were upset because neither of us had time to eat our meal. I decided to call the restaurant to get a number for a customer service survey or complaint line. The lady who answered the phone placed me on hold for 5-7 minutes then the line went dead. I called back and after 8-10 rings requested to speak with the manager. I asked for the Asian-American man, because I did not have his name, but that was the only way I could identify him. There were two managers there, I wanted to speak to the manager I received my food from. Not two minutes later he answered the phone SCREAMING that he was offended that I would call him Asian-American. I tried to tell him that I did not mean to offend him, but he was so loud and unprofessional that he could not even hear me. I would say something then he would yell over me. I asked him who do I speak to for issuing complaints and he said “I don’t like being offended!! You come up here and say it to my face!!” I asked him why he was so upset and he said, “You haven’t seen upset!!” He kept ranting on about how I was banned for life from the location when he didn’t know who I was! He kept trying to upset me instead of calmly and professionally satisfy my simple request. The call lasted about 8 minutes and should have lasted about 45 seconds.