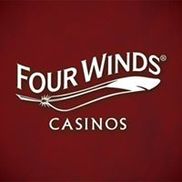 The worst Casino I have ever been to is the Four Winds Casino in New Buffalo Michigan. I cannot believe how...

I was threatened by hotel employee to be throughn out naked into the street !!! I was "comped"a room...

We love your casino, but would like more Penny poker machines or even some nickel ones. You had some good...

The complaint has been investigated and
resolved to the customer's satisfaction
Resolved Four Winds Casino Resort - New Buffalo, MI — Discrimination against disabled veteran

My license plate number is DAV 9118. Officer Jeff Whelan only wrote 9118 on the issuing ticket. This car is registered in Leon he put my wife's name. I Leon was the driver this particular night.

I called Jeff Whelan the officer who wrote the ticket over the phone. I could not get this officer to understand the laws of http://www.dmv.org/mi-Michigan/disabled-drivers. The last paragraph worded 'traveling with a Disability Placard or Plate'. The last sentence states Michigan honors current disability plates and placards from other states.

However, I do believe that this was racially motivated. When we arrived at the Casino there were casino security watching us. No words were exchanged. Upon leaving and after noticing the ticket we immediately got out went back in side and spoke with someone on the floor who came outside and stop the security guy in the truck. I explained to the gentleman in the truck that I received a ticket for parking in the handicap. He immediately responded with 'yeah, you can't park in the handicap with that license plate'. I explained in Indiana I can. Again he stated 'I am from Indiana and you cannot park in handicap with that license plate'. He also stated 'DAV means you are a member of Disabled American Veteran. We walked away.

My proof is Indiana and Michigan websites the procedures I went through to get the DAV license plates and DMV.ORG. Was this racially motivated? The security guy in the truck responded right off as if he knew the law. Could this have been avoided? We were only out for entertainment. Not Harassment. I wouldn't have parked in this space if I wasn't allowed.