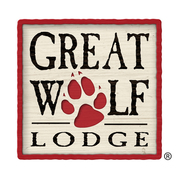 Simiria Williams (new hire) is a very rude alcoholic, and frequent drug abuser who smokes marijuana all of the time. She smokes illegal drugs BEFORE AND AFTER WORK. She has bragged to others about using mouthwash to pass her mouth swab drug test as she was just recently hired. If a urine drug test were to be administered and/or random on spot mouth swab you would see that these are not false allegations but facts. She should not be fit to work in a family based business around kids as her attitude and character is horrible. She even jokes about threatening to physically beat her own children due to them not smiling for photographs! Is this really the type of people that Great Wolf allows to work around CHILDREN. Attached are only A FEW SCREENSHOTS FROM HER PERSONAL FACEBOOK PAGE.

Hello my name is LaTaja Delaney. I was a bartender at the Gurnee location. I bartened at a wedding reception on sep 7 from 2:30pm -11 pm $15/hour. I attempted to clock in on unifocus but found out later that it did not go thru. I let my manager at the time(jake) know. I still havent been paid for these hours. I have contacted gurnee HR two weeks ago about tje issue and ive been contacting and calling with no responses back. I find it unfair and illegal that i worked with out pay. I just want help no problems.

I have been trying to contact someone for the past coople of days now! It esteemed ni one will return my Calls or emails. It seems like an endless cycle . I am highly disappointed and disgusted by the filth of this place . After checking in we went straight to our rooms, changed into our bathing suits and went to the wree park my punter yaw to use the bathroom. He used the one in the room. I was appalled that I hag to wipe the tpilet sea area . The fact that the way the hotel is kept is very evident! I tried calling the service, NO ANSWER 8:45 pm. I took pictures of the table (caked on food left on there) the toilet (urine) the sinks ( dirt bacteria etc...), the front of the mini fridge was streaked with prints, food, etc... the inside was clearly not cleaned properly ... the list goes on.. I went to service desk and spoke with someone who then called their manager . He came out immediately and as I showed him pics he stated "I can move you but your probably going to find something if you look for it." I was livid he stated this and told him he was welcome to come and see how dirty things were because I did not have to look when it is as unclean as it is and I did not go looking for things to complain about I told him I ordered the breakfast packages as well but I'm not sure I want to eat there now. . We moved rooms and low and behold the next room was not quite as bad but it was not properly cleaned either. I found some of the same things AND THEYRE OUT IN OPEN! I could tell the carpets hadn't been kept up, the coffee maker not wiped down etc. to top it off our room keys kept not working, the soda machines did not work (no warning and every time I asked for help I was told they were not from that area and I had to go to front desk or they said in they will be there in a few mins and never came. The front desk isn't exactly close people! I even had to bring everyone to the front desk to reprogram the wrist keys for the room
I called corporate and have still not gotten a call back ! I emailed and no response I called front desk again and again no answer. Our toilet was backed up in 2nd room.
I had to go look for someone who worked there (took another 25 mins) who said he would put in a work order and never did! I waited another 45 mins and no one came, called front desk no one answered finally had to send a friend to the front desk. I ordered breakfast with room and I was only given breakfast ticket for one day (I ordered for both days). However when I got to the area I didn't feel it safe to eat there. The silverware was disgusting, the plates did not look clean and the area with the coffee cups were placed on a mat that had not been wiped or washed in a long time! With the rim of the cup side in contact with the mat.
I never got a call from corporate or guest relations ... I'm just so disgusted . We went with another family but I tried to search for another place to stay the very night we arrived.
When room service came I called front desk next morning and stated I needed room service to clean thouroughly and she said she understood asked what time I needed her there I told her 10 am she said ok. No one came at that time and I waited around while my family did other things! When she finally did arrive I asked her if she could clean really good showed her what I meant and she agreed . She said someone else was working the night before and made her look bad. She even went as far as saying the sheets weren't changed so she changed them for me. I was going to leave her a good tip until I realized she did not clean the bathroom but just put new towels in it and the tub was one thing I asked her to clean. It was disgusting! She did not mop or clean around the toilet either . The toilet paper roll holder had dust and build up in the holder behind it.
I can see why others leave hotels with viruses and diseases now. I thought with a bigger resort and for the prices they charge we would have at least been staying in a place where they took pride In the healthcodes cleanliness was the last thing I had to be concerned about. I have stayed In hotels for far less with so much more to offer and at least they were sanitary! This place not only needs the health Dept to go in there but needs to be run by a team that will keep it up!
There were a lot of fruit flies In the room as well and that just shows lack of maintenance