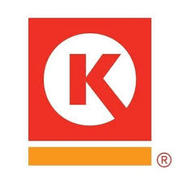 I was in the store today 7/10 at 530-545 and I attempted to purchase 2 large packs of Doritos and 4 packs or red, white &blue trollies, a pack of hotdog buns, and a pack of miscellaneous Candy. Several of the items were marked with huge sale signs for instance 2 for $3.00 on the trollies and Buy 1 get 1 on the Doritos. When the items did not ring up in sale I told the clerk the items were in sale and she told me to bad that's the price he had entered into the system so that's what I had to pay, I told her that is illegal and she said to bad then I asked for a print out of the price I was being asked to pay and she said only once I pay for them mI told her I wasn't going to pay those prices but wanted a print out (because unfortunately my phone was in the car) and she literally looked over my shoulder yelled "Next customer" and told me u had to wait for her to clear her line. I had my 6 year old Autistic grandson in the car and she refused to wait on me. So I waited until the line was clear and then I was very angry and returned in she then again told me I had to return tomorrow to deal with her boss. I am in the store 2 to 3 times a day and an personally known by store managers at 3 if Tallahassee locations because I own a small business and have done over $300, 000.00 with ur company in the past 3 years. That ceases today. The clerk on the cash register closes to the door has ended our business relationship.