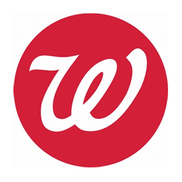 The title about says it all. Just to be clear, no party is disputing the facts here. The manager is "claiming" that I pushed him and did so after I told him I would be making corporate complaint and taking the incident to the web. The surveillance video mysteriously vanished until the Court compelled it to be provided. 7 months later...it was. I am now filing suit against Walgreens for wrongful arrest, defamation, and attorney's fees. I am seeking any advice as this is my first time actually "doing something about it" when I have been wronged in life. The situation has devastated my family and business and it can not be "let go".

Here is a summary of the incident and the link to the video. Please give me any advice you have to offer:

It started because I woke up to the cats screaming for food. We were at the hotel and I went to get cat food. When I went in I noticed that the Mt. Dew was marked up from the day before and also (on sale). They were raising prices to negate manufacturer sales.

I approached the Manager and told him that I was tired of the "pricing games" they were playing and he said, "I don't think you should come into my store and tell me how to run it". I said, "Excuse me, I buy a case of Mt Dew from your store every day or 2. I think you are the Manager, and I do have a right to express my feelings to you as a consumer of that product from your store". I then asked for his name and corporate number and he told me to leave the store.

I threw the 2 cans of cat food on the ground and said, "F you and your store, I'll be sure the web knows about your pricing games". I then left the store and the camera caught the rest. I have other camera angles as well to support everything I just said (excluding audio).

I am a long time customer of Walgreen's, I get all my scripts filled there. My regular store was out of my pain medications so I went to another Walgreen's about a 10 minute drive from my house. They filled my script in July and August. In September, I went back and was told by the Pharmacy Manager Jennifer Clemans that, "We haven't had this medication in months". Knowing she was lying because different pharmacists filled it the last two months. So I got it filled at another Walgreen's in September. In October, I go back to Pharmacist Jennifer Clemans store and she tells me, "We have this medication but I don't feel comfortable filling this script because you don't live in the area." Wait, both times she never ran my name on the computer to see if I was a regular customer or not, so I took it to mean that this lady is racist towards me. She doesn't know me at all because she never checked my records on the computer. She doesn't know I have cancer with severe back and neck pain along with deep vein thrombosis in my neck. She does not know I cannot move or function as a human being without my medication and I will be on medication the rests of my life. I was just discriminated against because of my skin color. The store manager acted like he was scared of Jennifer and refused to go against her in any way. Jennifer Clemans needs to be held accountable for her actions and behavior towards me. I wrote corporate but they say Pharmacists makes their own rules. So pharmacists can deny medication to people ordered by their doctors for their health. They have no accountability to no one not even the company they work for. I feel uncomfortable knowing she is still allowed to deal with the public in her profession and it is alright with Walgreen's. To be denied medication because of a persons looks was not taught in Pharmaceutical School. Her denying me had nothing to do with my health. I want an apology from her, and Walgreen's for hiring am incompetent person to head their Pharmacy Dept. I feel uncomfortable knowing she is dealing with the public and taking care of sick people.