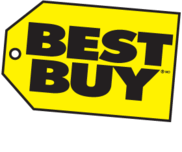 I purchased a 75" Samsung Q60t TV from Best Buy in Melbourne Florida on November 30th 2020. The TV died on the wall 1 month later. I was beyond my extended Christmas return policy by two weeks but though I'd go in and talk to the manager at best buy to see if they would fix the issue before going through the hassle of contacting Samsung for service on a month old TV. Spoke to a really nice manger who agreed to exchange the TV...so far so good. Because they were into a new model year, they didn't have a huge selection of replacement 75" tvs to choose from (they were out of the model I bought) so in a clutch decision I ordered an LG 75" even though I'd heard their black levels were terrible due to them using an IPS panel. I made the exchange but would have to wait a week to get it from another warehouse. So I went home and did some research on the model I bought and quickly realized that I would never be able to live with the bad black levels. So I went back the next day and looked around and decided to downgrade size to 65" Sony x950 h for right around the same price as the LG. Its a great tv but I was still bummed that I had to go down to a smaller screen but it was what it was. So I go to Victor who is a magnolia supervisor to do the second exchange which went off without a hitch but I was told it would take a couple of days for the money I was owed to hit my Discover card (mind you I've now paid for two tv's on my card one of them broken) but there was a problem. Because of the way their system handled the cross talk between the original exchange and the second one, I get a call from Victor (who was great by the way and I'm certain he did everything he could to fix things) telling me that they couldn't refund nearly $230 of what they owed me because the system wouldn't let them??? They offered me a store credit or I could buy an extended warranty that I didn't want?! Oh and I'd have to spend more money on the extended warranty because it cost more than my credit!!! I couldn't believe it...so my choice is be forced to spend my money only at best buy in the form of a store credit or buy an expensive extended warranty that I didn't want??? In the end I settled for the warranty and because I was so upset Victor ate the overage but still...I don't know what the deal is Best Buy but that's terrible customer service and basically theft! I've been a loyal buyer there mostly because I like being able to physically look at products before I buy...but they've lost my business forever over this! So from now on I'll "use" them to go in and check out products I'm interested in and then go buy them from Amazon or Walmart...BAD FORM BEST BUY!!! But a thank you to Victor... you did your best.

I purchase the fireplace through the best buy website on Black Friday. I received an email for best buy on December 5th 2020 stating that there was a delay in my order and that the order would be cancelled on January 4th if not received by then.

I went to Best Buy in Melbourne Florida on January 4th and received nothing. I got an email later that day stating that the order has been cancelled and that I would receive a refund. I called corporate best buy last Wednesday and was told that it would be expedited. Since then, before and after, I have not received a call, email, or any communication from Best Buy even acknowledging my issue. The total refund is ~$600.00.

Two (2) laptops purchased ($1, 349.99 each) on 11 Nov 2020; and returned in 16 days (16 Dec). Numerous telephone calls were made on the questions I had. Unable to reach ANY representative, the laptops were returned; neither had been used. Upon receiving a BestBuy credit card statement for a credit card never received, l was unable to reach a live person to register any complaint. The best buy statements have a credit of $2.895.48, in lieu of total credit for returned laptops plus tax, $3, 000. An additional charge of $308.05 for installation of two Microsoft, security programs and geek charge was paid on 11 Nov. Request immediate cancellation of the credit card statement, the additional late charges now being added, and return of S308.05 paid for Laptops I do have. Very expensive lesson and worry about a credit report for a 16 day purchase.