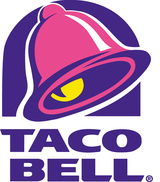 I was at the Taco Bell in Lake Mary FL during my lunch break. It was the slowest Taco Bell I have ever been to. The line for the drive though was so long, that I decided it might be faster to go inside. There were 4 people ahead of me that had ordered and were still waiting. we waited forever, and they still hadn't received their food. I was late to work because I waited so long. It is supposed to be fast food. People should be able to get lunch during their lunch break without being late to work. Apparently, this is always a problem at this location. A woman whom ordered after me told me that she comes there regularly, and it's always a problem. She said the drive through line is always really long, but they do service the drive through first, because that is where your company judges their services. She also said there is only one person there that works with a sense of urgency, and it happens to be the manager. I didn't get the managers name, but I almost went for a refund. When I asked for a refund, she got them to make my order right away. The people ahead of me were still waiting, and I felt bad. I wasn't trying to go ahead of people. One employee that was off duty came in with her baby to visit another employee. That employee came out to coo at the baby while all of us looked on thinking it would be nice if they save this visit for another time when it isn't so busy? they all just seem to work in slow motion, except the manager. I can tell she is trying, but it seems that many of the employees don't really care. If they see someone they know, that person gets their food first. It happened while I was there. A woman that ordered just ahead of me received her order before the 3 guys that ordered before her. Someone that knew them brought the food to them himself. I wish I would have gone down the road to Tiauana Flats instead. it is sad, because this was the first time I had gone to this location.