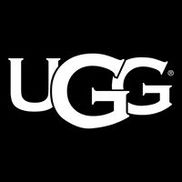 I have purchased 2 pairs of UGG boots from this website on Monday 23rd Feb. The invoice total wa...

The web site says they have a california warehouse but they don't.
Their web site says to get return form click here but it's not there.
I ordered ugg boots and as soon as I found out (same day) they were not real uggs I cancelled my order. I was told it was too late. When the boots finally came I asked to send them back because they were fake. I was assured they were real. I was told I could return them but I would have to pay the shipping estimated at $50.oo and if I wanted another pair I could keep or give away the other pair and I could reorder - they would give me a coupon (?) but I was not going to give them any more of my money. Not a reputable site. No site with the word ugg in it is an authorized site with the exception of ugg australia. These boots were offered at a substantial savings - should of been the first clue.

I have had my ugg boots for 5 months after saving for them, now where my toes are a hole has appeared on both boots, I do not find this acceptable from such a expensive, popular product, I am a lone parent so certainly not a`f`fo`r`d to spend that much on a pair of boots for them to last no time at all

My daughter ordered boots online from uggfur boots. they were delivered by ems with a tracking #. the tracking # comes back to a company called xingren co. ltd. all the writing was in chinese. it looks like the contact person was huyi gonglu ph# [protected] the boots are fake and wrong kind and size

I ordered a pair of ugg boots 07/01/09 the confirmation of my order states that the uk sterling price i...

did not receive boots after requesting exchange

Ordered a pair of boots for my wife's birthday. Order was delivered and received in a timely manner. Boots didn't fit right so my wife wanted me to exchange. Requested exchange info from customer support and mailed to Canada as requested for $24. Boots received in Canada on 12/17/2008. Still have not received the boots requested in the exchange. If company is not going to accept exchanges should be stated up front. Requested a status update numerous times with no response. Will be contacting the Better Business Bureau as well as a number of National Consumer Advocates if not received in one more week. Uggboutique will receive national negative publicity and potentially a law suit based on fraud.

Hello all!
I know many people have been scammed by ugg boutique. And it is very unfortunate.

However, I would like to recall the contact information that I had originally posted...
Bryon gibson and alba trading are not at fault... So please do not contact him/them.

Hopefully, justice will be served for the owners of this company but just to re-iterate bryon gibson and alba trading are not responsible. Alba trading is a legit, distinguished company; therefore I apologize.

i ordered a pair of uggs from this website and NEVER recieved my tracking number. Then everything on the website was expired. I then recieved my package which was shipped from somewhere in china. The website never said it was coming from there. I opened the box and they looked so fake. i tryed to contact the website and all i got was an email asking for my order id then they havent wrote back since i told them shoes looked fakee !! what should i do ? i want my money back ... HELP if you kno where to go for my money backk

I also purchased a pair of UGG boots from this website with the impression that they were authentic. When...

So in November I ordered these boots for my daughter. Product arrived. My other daughter had recently bought UGGs from Nordstrom so there was no doubt that the boots rec'd were not the brand name Uggs that this web site clearly intends you to believe they are (though if you dig way down in there website (by which time most people would realize they weren't legit)) there is a disclaimer that they aren't made by Deckers that some purists may realize is a tip off. Regardless the Ugg Boutiques boots are no where near the quality of UGGs. And they reeked of something awful. I finally got some instructions to return the boots to a Canadiam PO Box. Then no response. After many attempts, EternoMedia sent an email saying boots were rec'd and full refund will be issued.

Well that was over 30 days ago and nothing has happened. No response to 6 or 8 emails sent. I've noticed that "eternomedia.com" is no longer a valid web address. Have to say scam. Probably up and running heavy during holiday season. It is not just the money. We need some tough international internet sale laws to keep underhanded businesses like this out of the market.
Ripped Off

This site is a fraud, I ordered boots from here weeks ago and no product. None of the tracking codes are...

I ordered the classic tall us for ugg shop usa- not until my order was complete and my paypal indicated that the merchant name would reflect Rise Beauty LTD did I get suspicious. After 3 weeks I called- the so called service center number which is a generic recording and not a business. I then sent an e mail to [protected]@gmail.com I reeived a response with a ups tracking number, I immediately felt relief- however this was only temporary-The package came to today from Shanghi China- The boots are fake but have all the registered trademarks in the right places...the two giveaways were the glue and the extremely stiff sole. Also, there was no UGG box lid or booklet, however the UGG care card was included and an additional natural foot liner? Bottom line for me is trying to stop the payment and return the merchandise. When it comes to buying uggs on line you really need to know your retailer to ensure that you are getting the genuine ugg product. After years of internet shopping, this is my first real lesson in fraud. Oh and by the way, the website is no longer available...lessons learned!

I purchased a pair of so-called Ugg boots from this company.
They arrived in a plastic bag.
My daughter has now had them for a total of 9 days, and they are already coming apart.
I emailed the company to demand a refund- so far, no response.
What a joke- this company is bogus and these were NOT true Ugg boots.
They were made in China and again, extremely poor quality.
Buyer Beware!!!

I ordered a pair of chocolate brown UGGS for my daughter on Nov 16th for a Holiday present. I got a confirmation immediatley after ordering & it was followed up by a order number. I kept waiting every day for the boots to arrive. They did say that the shipping time would be about 14 work days, but this is horrible. My daughter is so dissapointed. I checked with my credit card company and nothing was charged. I tried to email them today at [protected]@uggshop-usa.com but the email failed. What is going on with this company? Before I order anything on line, I will do my research.

Hi
I ordered ugg boots for my granddaughter as a christmas gift on the 2nd November 2008.The money was taken from my account on the 4th November 2008. I contacted them via e-mail early December & they told me that i was to be patient as they had shipped them on the 11th Nov & they were most likely held up in customs. I notified my local Post Office but they couldn't confirm this. So i waited patiently until late December when i discovered the web site was no longer available & my e-mails bounced back. I have since seen a lot of complaints about this site.
I bought another pair of boots as i didn't want to let my granddaughter down but fear i have lost $79 in the process.
I rarely shop on line & don't think that i will do it again.
Yours
Mrs.Doreen Daly
80.Homestall
Park Barn Estate
Guildford
Surrey
GU2 8JS
UK
joseph.[protected]@ntlworld.com

Well I am one of the many who has been scam by this company. I purchased a pair of chestnut size 8 boots. I...

I order my daughter ugg boots for a christmas present on 11/29/08. I was assured at time of purchase that...

About a month ago I ordered two pairs of uggs for my daughters. After a week they still didn't come, so we just thought that it would take a couple more days. After about a month, they STILL hadn't arrived.The website seemed very legit and a non-scam website but I was wrong. It was a fraud! A couple days ago, I finally got my money back [$200] from the bank. It's better to buy the orginal priced ones so you know that you're getting the right ones. The Ugg Australia website is most likely the only authentic website. Buyers Beware! Know the authenticity of the website you're buying from!

Ordered a pair of uggs from uggshop usa, they came like a week late was charged way earlier than that, when they finally came they were crumbled up in a shipping bag without any paperwork. they dont look like the real thing the ugg label on the bag is crooked, I think they are fakes. anyway they said they were out of au, but when I finally got a response from them via email they said to send they to china (if I wanted to return them). I called the actual ugg australia co. and they said that any site that uses the name ugg in it is not an authorized dealer. so there is my life lesson. might as well spend the money to make sure your getting the real thing

I recently placed an order for UGG boots with this website. I have not heard from or received anything from them. When I went to go check on the status of my order, the website is no longer to be found. No response to my email inquiry which is the only way to contact them. I had since called my credit card company to cancel my card. They had not thank goodness yet charged my account. I was distressed to read a similar situation as well.

Ugg.com / Deckers Outdoor Corporation
1
%
Doing nothing would be this company's favorite pastime, if they had the energy for it.