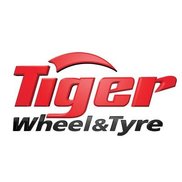 Having problems with Tiger Wheel & Tyre?

I am writing this complaint with utter disappointment by the appalling service received at the Soweto Klipspruit valley road Orlando West on the 15 April 2021. The staff at that branch lack the definition of service.
I was waiting in line to waiting to be serviced and when it was my turn to receive assistance the consultant by the name of Nyeleti told me that was at she wanted to help another customer that was waiting behind me . She did not have the courtesy to ask whether or not it was ok with me. The customer then proceeded to say that he doesn't mind waiting and I should be helped as I was first in line which replied "No she'll wait".
I left there highly annoyed and called the branch manager Sape Maluleke to convey my experience.

Based in the treatment i received I have decided to sought business elsewhere (Minty's)and will continue to do so.
I recommend you intervene by empowering your staff members with the skills to deal with customers. Sadly my husband once mentioned that the service at the branch/franchise left nothing to be desired.

I will NEVER recommend anyone including my business to your company.

I took my car in to be checked as I was experiencing slow puncture on the front passenger tyre. This was on...

To whom this may concern

I trust this finds you well.

On 23-08-2019I booked my vehicle ( Chevrolet Captiva 2014 2.4 CF231-661) in to one of your stores in Somerset West for a wheel that felt a little wabbly, I was quoted with an amount less than R300.00 for wheel balancing . The sales agent advised me that one of my tyres had a cut and that I needed to replace the tyre which I did, he submitted a 65% claim to continental I had to pay the rest. All of this in total amounted to R1499.50. I left my vehicle shortly after 10:00 in the morning and I went to check up on it shortly after 15:00 in the afternoon. The new tyre had to be installed and the wheel balancing still needed to be done. I then went across the road for a little bit of shopping . I came back signed some forms and paid as I walked out TWT's employee was pulling the vehicle out of the workshop.

When I walked out of the store he was pulling out the vehicle, he did not turn off the vehicle, he opened the door and I got in. I pressed down my handbrake getting ready to drive. I noticed that something was odd around the controls/pedals, I figured maybe it was the setting of the seat of which I tried to sit comfortably and I tried to control again, this is when I realised that the vehicle was not functional it was just rolling. I turned the vehicle off and attempted to start it again, it had a weird noise that it was making but it could not start. I then hooted for the guys attention asking what had happened to my car, they all came trying to see what went wrong, it was then clear to me that the vehicle would not move from that point . I called the insurance company for roadside assistance and I informed the manager Francois that I would be sending the vehicle to a workshop for repairs and that I would send him the invoice for damages as I had left my vehicle in a working order. What irks me the most is that the vehicle was given to me under false pretences as though it was in functional order when in fact it was not.

I could have sent my vehicle to any workshop in the township but because I thought your reputation precedes you I decided to trust you with my vehicle little did I know that I would leave my vehicle in a working condition and receive from you in a not working condition. Now I don't know much about cars but to me fact of the matter is I left my vehicle in your parking so between taking my car into your workshop and handing it back to me something went wrong as when I presented with the car it was not in a working condition. Put yourself in my shoes and tell me what you would do if you were me. For over 2 months I have been without a vehicle as it took Westvaal that long to identify what the damage was in the car. I was advised that the timing chain had broken.

I gave Francois an opportunity to respond to my claim. He declined my claim and said they were not at fault. I don't know how he could get to that conclusion because this is simple to me I left my vehicle in a working condition only to have it presented to me later under false pretences that it was in a working condition. All that I explained above happened right in front of your premises which goes to prove all that I am saying above.

I have a quotation and a document from Westvaal stating the damage on the vehicle. I can't seem to be able to attach it on this complaint, if it is required i am more than happy to provide it to you.

Good day, I tooked my car to tiger wheel and tyre on the 3rd of October 2019 to get one of my wheels sealed...

I bought 4 new tyres at Tygerwheels Sunninghill last year July .I instructed them to destroy 2 of my old...

We had a very longs relationship with Tiger Wheel & Tyre in George but that has now being completely...

To whom it may concern Has a innovation policy had a claim with my car ended of last year now in 2019 my...

I phoned your table view branch just before 8 and asked them for assistance as my battery was dead they said...

Good morning Sir/Madam, Kindly advise me as to what is on my recourse on the following: I bought a tyre at...

On 13 April I requested Tiger Wheels in Durban road Bellville to check one of the tyres which had a slow...

11 October 2016 I am appalled with the service I received from Tiger Wheel & Tyre Westgate. I went there to...

On Saturday, January 15th 2012 I contacted TWT Centurion for a quote on tyres and rims for my wifes car. The sales rep that had assisted me on the telephone gave me a stunning deal for R2000 for all, which I at first thought was to good to be true and he again confirmed the price and the stock I would be receiving. I indicated that my wife would bring the car in to have fitment done, but due to unforseen circumstances she could not go and I therefore drove through to do the deal. Upon my arrival, the sales rep was extremely nervous and attempted to avoid me and my questions and denied ever talking to me, I realised something was wrong and insisted to see his small note book and was fairly surprised to see my name, surname, contact details and stock requested listed, with the value of R2000 clearly written. Underneath this was a additional amount in brackets, indicating (+ R1700). Upon confronting him about the matter, he was very evasive. It seems quite clear that the rep was under the impression that he could SKIM another R1700 of my wife as she is a so called "clueless woman". Their method of attempting to make money is dishonest and criminal.

I purchased a set of tyres and rims a long while back, they sold me insurance on the tyres too.

Unfortunately one tyre was damaged and not repairable, went back to claim for insurance. They replaced the tyre, but the problem was when they measured my damaged tyre, thread remaining was 5mm, but that was measured towards the flanks of the tyre, so I asked they measure the new tyre, they measured on the center, I then asked why not measure my tyre on the center too, consultant refused saying thats how they do things, I insisted and they measured it to be 8mm, so i said that therefore I do not have to pay anything since it is still 8mm as a new tyre, guy refused.

I then asked he measures the new tyre on the flank too same way he did with damaged tyre, he refused, as I was pressed with time i paid and left, went to another tyre fitment center, they tested the new tyre and it measured 6mm on the outer parts of the tyre.

I sent the proof to their insurance admin, they promised to sort this out, later they told me there is nothing they can do, called TWT head office, a guy by the name of Chris called saying he would call me back later, that was last year around June.

Tiger Wheel & Tyre
7
%
There is some slight activity coming from this company when it comes down to resolving complaints, but so far it's neither timely, nor relevant.