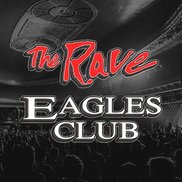 needs to be shut down in milwaukee, wisconsin

When I went to The Rave/Eagles Club in Milwaukee, Wisconsin to see the dance music band named Krewella who hail from Chicago, Illinois, What happened to me was I got beaten unconscious by a security guard and The security guard thrown me into the street outside of the club.When I was laying in the street my shoes were off my feet, That caused me to lose vision in my left eye, I cannot even drive a vehicle, because of this incident!!! Milwaukee Police was not called, I was hurt bad the next morning in the hotel room. I went to the hospital and The doctors told me that I have facial fractures and a sprained MCL.The bone beneath my eye has been crushed, My eye was drooping down into the eye socket!!! Me and My dad went to the Milwaukee Police Department to file a police report and Me and My dad asked The Milwaukee Police if they got a lot of calls from The Rave and They said they don't go there.In May 2013, A concert-goer was punched in the face by security and Cars be getting broken into outside the venue!!! Do not go to The Rave/Eagles Club for a concert, because if you do, The same thing will happen to you when you go there!!! Avoid The Rave/Eagles Club as possible and Stay away from the club, because It ain't worth going too for a concert!!!

do not go to the rave for a pop, heavy metal, rock, rap and country concert

Do not go to The Rave/Eagles Club for a Pop, Heavy Metal, Dance, Alternative Rock, Rap and Country Concert, because concert fans will stampede you. The drinks are watered down, The security guards will treat you like crap and They will treat you like a criminal!!! The bathrooms are dirty and filthy and It be stinking like vomit and urine (pee). They charge you $40.00 for parking in the back. The sound quality is bad and The club has no water fountain. Inside the club it smells like stale beer, pot smoke and mold. The club charge you $5.00 for a cup of water and $9.00 for a can of tall beer, The club has no fan and no air conditioningis worse than a hog farm. The club management is horrible If I was a Pop, Heavy Metal, Rock, Country music singer and a Rapper, I would not perform at The Rave/Eagles Club for a concert in Milwaukee, Wisconsin!!! I would perform at The Pabst Theatre, Turner Hall Ballroom, Firserv Forum and Riverside Theatre in Milwauke, Wisconsin. A white girl rock music fan parked her red car behind The Rave, After the rock concert was over, Her car got towed away right after the concert. A white guy and A young white female went to The Rave Eagles/Club for a rock concert, both of them got injured and both of them got hurt inside the club, They said on FOX 6 that they are not going to The Rave/Eagles Club no more, because of that incident!!! Stay away from The Rave/Eagles Club, because when you go there bad things happen to white concert fans.

The Rave / Eagles Club
0
%
Doing nothing would be this company's favorite pastime, if they had the energy for it.