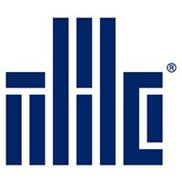 Having problems with The Habitat Company?

Can you be thrown off the program due to one of their errors? I was one month from doing my closing when they realized something was overlooked and disqualified me? I know other family to had the same thing but they have their homes and I don't understand why I was disqualified for having any eviction others have had the same. Me and my family put in hundreds of hours to be told at the last minute that we no longer qualify. And just pushed aside as if we were nothing.

I reside in the McKinley Park Lofts located at 2323 W Pershing Rd. The building was developed and is managed...

On the afternoon of 10-18-6 I received a call from Kim Walker, an employee of the Habitat Company that works in the Lafayette Towers apartments where I currently reside. She stated that since I failed to inform her 30 days prior of my lease ending that I would be charged for an additional months rent.

I have been there for exactly 12 months.

The next day, 10-19-6, I spent searching the Michigan.gov web site and about dozen other sites to determine the validity of her claim that this was in fact a Michigan law. I found the Truth In Renting Act, the Michigan Consumer Protection Act, the Truth in Lending Act, the Landlord And Tenant Relationships Act, and the practical guide to Tenants and Landlords prepared by the Michigan Legislature. In all of these I still did not find anything pertaining to a 30-day notice from the lessee to the landlord. In fact, I found that they must give you a 30-day notice if they want you to vacate the premises. And that if any written notification is warranted it will be clearly spelled out in the lease.

I then called the Michigan State Law Library as well as the University of Michigan Law Library. At both center, the attendant looked at their books and also found nothing pertaining to the tenant giving a thirty-day notice other than when spelled out in the lease.

I then spoke to a lawyer, which is not representing me as of yet on 10-20-6 for further clarification. She read the lease and the information (Acts) that I received from Michigan.gov website, when she returned it to me, she said that I was correct in not having to pay an extra months rent. Simply because it is not spelled out in the lease. She then said to take copies of the Acts to the landlord and explain that what they are asking for, the extra months rent, was not valid, according to Regulation M under the Consumer Leasing Act section 213.3 general disclosure requirements and section 213.4 contents of disclosures.

I then went to the office at Lafayette Towers to explain the situation to Kim. She was very confrontational and wouldn’t listen to my side of the story at all. I then told her that the 30-day policy was not in the lease. She said, "Well even if it isn't, it's our policy and you will pay it." With that statement I left the office.

On the afternoon of 10-23-6 I called the corporate office at [protected] to speak with Dan Woodworth. I left several messages on his voice mail of the situation and the urgency to resolve the situation. The calls were never returned. I then called the regional office at [protected] and spoke with Ted Vernor. Before I could finish explaining the situation, he told me that it was in the lease agreement and I would have to pay. I then said to him, "I have the lease in front of me and if you could point out were it states that I have to give a 30 day notice." He then told me that, "it not my job to do that and if we go to court you will lose." He then ended the call.

When I sought legal council for the second and third time, (different lawyers each time), I was told by both that if the written lease advises that it terminates specifically on a date and there are no additional notice provisions in the lease, no notice whatsoever is required. You are expected to vacate the premises on that date.

In my professional opinion, I believe further investigation is warranted. If they are doing this to me, who's to say that they are not doing this to every tenant that has lived in the building. I think that people are just giving in to them because they do not have the time and or the resources to find the truth and it is just easier to pay them off. Just because it is “their policy” doesn’t make it legal. I am a former Marine of four years and I will not this stand. I am trying to take care of my sick father and this is uncalled for, plain wrong, and a waste of precious time that could be used to help my father.

Thank you for your time
Kevin
Detroit MI 48207

The Habitat Company
0
%
Doing nothing would be this company's favorite pastime, if they had the energy for it.