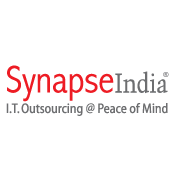 Having problems with SynapseIndia?

ComplaintsBoard.com is not affiliated, associated, authorized, endorsed by, or in any way officially connected with SynapseIndia Customer Service. Initial SynapseIndia complaints should be directed to their team directly. You can find contact details for SynapseIndia above.

Use this comments board to leave complaints and reviews about SynapseIndia. Discuss the issues you have had with SynapseIndia and work with their customer service team to find a resolution.

I hired Synapse India to create a website for me. I used one of these freelance / outsourcing websites to...

This company reached out to me via Twitter at @sajivsynapse. I discussed what I wanted and was quoted $500. After I gave that amount I was then asked to pay another 70 and then after I paid that another 50. Basically I had to pay for a fillable theme for them to upload onto my website.

Because I was being proactive and my product was not coming out for another two months, I asked for a coming soon page in the colors white black and gold with graphics. I was told that I would get it but when the webpage was created it was blank black and white. At mediately sent email once again complaining about the amount of money and misquoting and the product. I was ignored because conveniently the day that they sent the webpage it with Indian festival for five days. So I created my own website for a coming soon page and he looked 10 times better. Took me four hours.

After my complaint, it seemed that they wanted to hurry up and do the work. Only problem is, as I had told him before, I did not have the product so I do not have images. I told him it will be another few weeks before I could give it to him even though I had already paid in full. I didn't need anything from him except more time and I would give him the information and pictures.

He emailed me so much it was harassment I asked him twice not to email me again until I was ready to do business. Once again he emailed me trying to rush. I then said I did not want to do business with him because of the misquoting, the product I received, and the customer service. They refused my refund. I took to social media to's tale about my bat review with the company. They offered me $100 refund. I thought that was absurd because they did no work. The next day, I got an email from a personal account [protected]@gmail.com threatening me to keep quiet about my experience or he would mess up my business. I continue to tell people about my experience with him. The day after that, he sent me an email with two links to two webpages that had stolen pictures from my personal Facebook and "reviews" from my product about people hurting themselves and breaking their ankles. This was all a lie because I have not even sold any product. My product is not even ready. Immediately after sending me the email with two links, he sent me another email from the professional account as if nothing happened asking when we would continue the work.

I was working in synapseindia [synapse india] before some time, now i left the company, this is one of the...

Synapse India is a terrible company when it comes to providing quality services to it's clients. We had...

Synapse India a hell company don't join this company. They do not care for your work or anything they...

Hello guys/Girls, I am a victim of that company so never ever joined this company. Because they signed bond...

I and several others have recently had nightmarish experiences with Synapseindia, which we hired through Elance. In less than one day, I have discovered five others with nearly identical experiences to mine who are willing to do whatever it takes to bring this situation to light. We feel Elance has facilitated fraud pertaining to this service provider and we are paying serious price for it. Collectively, we can prove the following:

--Elance facilitated fraud by allowing Synapseindia to manipulate its customer feedback system. Of 207 recent clients and 47 reviews, only ONE is negative about this company. However, three out of the 6 people involved in this complaint, including myself, were not allowed to leave feedback about this company when we attempted to do so, even though we were well within the 60-day timeframe required by Elance. In each case, it was discovered that Synapseindia falsely changed the completion date for each project to prevent feedback. I managed to have Elance correct this mistake only after innumerable phone calls and emails. Further, out of 10 people I contacted, not one was actually satisfied with their service. Nine of these people have agreed to allow their names be used in this complaint.

--Elance allowed Synapseindia to mispresent its technical skills. All of us can clearly prove that Synapseindia was lacking the ability to complete our projects, depsite the fact that they claimed expertise and had more high scores on more skills tests than virtually any other Elance service provider. Furthermore, this company continually made innumerable, blatant mistakes and attempted to charge each of us to correct to them.

Elance claims it has a neutral, non-responsible role in connecting employers with service providers. The structure of their service, however, is far from neutral. I and 3 others of the people I spoke with are paying serious financial consequences for our decisions to use this service. If you choose to use them anyway, be very careful!

SynapseIndia — Please Help The People In This Organisation

Hi, I worked with this organisation only for 1 and half month, in such a short period they made me so...

We paid tens of thousands of dollars for them to build an e-commerce site. Then invested several more thousands of dollars in order for them to fix their own mistakes (ranging from spelling errors to hundreds of coding errors). After they failed to complete everything months after the deadline, we left a negative review on another site. They called and threatened us. We did not take off the review so they hacked into our site and shut it down on one of the busiest days of the year for us. Thankfully the hosting company traced the attack back to them so we can take legal action. The most incompetent and unprofessional company we have ever dealt with. Will never outsource again. I cannot believe that a "Microsoft Certified Partner" would ever behave like this or be this incompetent.

The worst mistake we have ever made. Found them on elance. Paid them thousands of dollars to fix mistake...

I was working in synapseindia [synapse india] before some time, now i left the comay, this is one of the...

Have a bad nature is owner ?

SynapseIndia
31
%
Not bad, but could've been way better. This company does respond, but not as often as you'd expect them to.