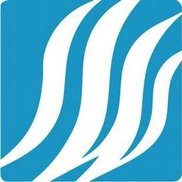 Having problems with Summer Winds Resorts?

ComplaintsBoard.com is not affiliated, associated, authorized, endorsed by, or in any way officially connected with Summer Winds Resorts.

3-bedroom in 2014 (Robert Cavar)
We were told that this resort (Stormy Point Village) was one of only a handful of elite resorts that had the status that Stormy Point Village had and that it was a really good investment due to the status. We were also told that by calling them we and/or our friends and family could go anyplace in the world we wanted for a rate of $399 a week. He (Robert Cavar) even showed us some photographs of himself and some famous celebrity aboard a boat owned by the celebrity at some beautiful tropical location and stated that the $399 program was how he did this. He also showed us brochures of New York City and told us we could even get there using this program by just calling them to book this. Told us the facilties could do this so that they could rent out rooms which would otherwise be vacant and they would rather rent them out and get the lower income rather than just letting them sit vacant. We were also basically promised that other timeshares we owned would sell within a 6-month period if listed with a company he (Robert Cavar) referred. "It may take up to 6 months; but within 6 months they should for sure sell" is what he said. Also told us if we were not going to use our week in any given year that we would be able to contact the resort and let them know and we would not have to pay any maintenance fees that year (Why pay if you won't use it he stated). Tried this and was told that there were only so many cases of this option available and the the available number had already been met). Also found out that the maintenance for that year would have to be paid in advance and the request for a refund needed to be done by mid January of the usage year. How would someone know that far in advance whether or not the unit would be used during the usage year? We never know if we won't be able to vacation until a later time if or when a situation may arise to prevent us being able to vacation. This was a very deceptive and misleading presentation since none of this was mentioned during the presentation. We were also told the presentation would last no more than 90 minutes and it actually lasted several hours.
======================================================================
4-bedroom in 2017 (Steve McQuire)
During this presentation we were told that by using a 3-bedroom unit rather than the 4, we would Not Have To Pay Maintenance Fees Ever If We Did This. This was the reason we upgraded. A 3-bedroom would suffice, so if we owned the 4-bedroom and used a 3-bedroom we would Never have to pay maintenance fees we were told. We would be assured a vacation yearly for life without maintenance fees if less than a 4-bedroom unit was booked when we upgraded to said 4-bedroom unit. This sounded great to us. We then got hit with a Special Assessment Fee the next year which we were not made aware of as a possibility. We thought this was what the maintenance fees were for. So we were billed a Special Assessment Fee of $700 shortly after we upgraded to the 4-bedroom unit, expecting to have to pay No Fees if we used a smaller unit. They also agreed to take another property (Grandview Las Vegas) as a trade-in if we upgraded. He (Steve McQuire) also told us that the property value at Stormy Point would improve due to them soon beginning some enhancements to the dock area around the lake. We later found out that this was All Lies. The compliance officer (Floyd Elliot) asked us how we could possibly believe we would not have to pay maintenance fees since we always had to in the past. (Answer: Because Your Salesman - The Person Representing Your Company - Specifically Told Us This In The Presentation). He (Floyd Elliott) then said that he could not be responsible for everything the salesmen tell us. (Answer: It's called Honesty and Integrity - and Yes - your salesmen Should be held accountable for the things they Promise during the presentations. If not, this is Total "Fraudulant and Deceptive Practices" - and the contracts Should Not Be Binding. He (Floyd Elliott) then proceeded to state that we would be able to request a refund of maintenance fees if the unit was not going to be used during the usage year - the same as was available for the 3-bedroom unit. Big Difference between requesting a refund of maintenance on a week not being used and Using the Week Without Having a Maintenance Fee Due.
We were also again told the presentation would last no more than 90 minutes and it actually lasted several hours.

LIES AND DECEPTION DURING BOTH PRESENTATIONS. WE WANT THIS CONTRACT CANCELLED AND OUR MONEY REFUNDED.

On the first of May 2017, after touring their sleazy timeshares, my wife and I were solicited to join their...

Ok, so I've never purchased a timeshare from here or any other company & therefore have nothing to say about...

I purchased this vacation package based on false promises and lies about our present timeshare ownership...

My husband was assaulted!! Please share!! This has got to stop!!#stormypoint #summerwindsresort...

I arrived to the very last building, one of the last rooms in the building.

So I called SummerWinds, Sunday night emergency, and the lady was real nice said that she'd try to move me in the morning. Well, that didn't happen.

So I called and spoke to another man, Floyd Elliot, who a tried to belittle me for calling a week before, which I politely explained that if the man could accommodate what I wanted he could have told me that . I could have found something on my own.

Then he asked how far I had to walk, I explained that wasn't the point, the point was it wasn't what I asked for, and he laughed!

Laughed!!! To which I responded "I'm glad this is humorous to you, because having a 2 yo with you dragging all the stuff is what I was trying to avoid."

I then stated that since I was paying for something that I didn't want, I should let the BBB know, his reply was priceless! "Tell your parents to do it since you don't own the timeshare!"

What!! Who in customer service says this??

My wife and I have tried calling several times in regards to canceling our Timeshare with Summer Winds! We...

Accepted an invitation to Stormy Point in Branson by Summer Winds Resorts. Did the presentation which took...

On December 21, 2015 I received a call from the Summer Winds Resort that I allegedly purchased a package for...

Warning! Do not buy into summerwinds resorts! We have been owners of david walleys 1862 since 2001. As of...

This complaint is to address the fraudulent practices, high-pressure sales tactics a lack of commitment for...

Summerwinds Travel and Cruise — vanished with my payment

I and my wife decided to buy cottage and the company Summerwinds Travel and Cruise offered different...

I bought a timeshare from Summer Winds Travel and Cruise and according to our deal I was able to visit it...

I am tired of Summer Winds Resort Services scams. I was their member 2 years ago. Since that time I am trying to cancel this membership and it seems impossible. They don’t answer calls and emails, however when comes time for annual charges they appear and take money.

I receive calls from this company constantly. I have asked to be removed from their call lists but continue...

Summer Winds Resorts
17
%
Not bad, but could've been way better. This company does respond, but not as often as you'd expect them to.