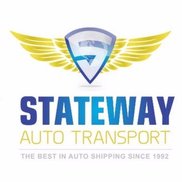 Having problems with Stateway Auto Transport?

My sister used this company to ship two cars and she did not have any issues, but i'm having a horrible experience. I went and looked at all the negative reviews on bbb, google, yelp, and consumeraffairs and it looks like there are numerous folks who had issues with this company.

Getting a quote and booked to get my car from mn to co was a breeze. I had a date set (Thursday) and I let them know they might be able to pick up my car early (Tuesday) if it worked for me. They charged me $195 to dispatch a truck when possible and the remainder of the cost would be charged when the driver picked up my car. Date was set so I booked a one way to flight to denver (Friday, the day after my car is supposed to be on a truck heading to denver). Now the nightmare begins.

The company that was dispatched called that afternoon (4:40 cst) and asked if I would be ready for tuesday morning pickup, I told her I would not be ready (No communication from stateway letting me know this was going to happen).

I got an email shortly after the call mentioned above, from the customer service manager stating that the truck that was book for me got into an accident and they were working on getting it back on the road. I emailed him to give me a call because I wanted to know what was going on/what was going to happen to see if I need to change my plans accordingly.

I called the company numerous times and kept getting the everyone is busy voicemail - I called for a good two hours this night and decided to leave a voicemail for call back (Nobody ever returned my voicemail).

I get an email saying your truck has been dispatched from a stateway rep, I sent the customer service rep an email asking him to call because I had questions (Still hasn't called). I continued to call the company but kept getting the line is busy leave a voicemail. I got a call from the customer service manager and he left me a voicemail, it stated the reason there is a truck ready for you is because you said tuesday was your earliest available pickup. I called him back numerous times and got more voicemails. I jumped on the site and got a rep in chat, I told her how I am keep getting the company voicemail and feel like i'm being ignored. I gave her a number to have someone call and abracadabra it was the customer service manager I called but kept getting his voicemail. Once again he says you said earliest pickup was tuesday. I told him tuesday didn't work and I could do wednesday at the earliest but would prefer thursday, the day I requested. He then said the dispatch team would work to find me a new truck. I then get another call shortly after I get off the phone from a truck dispatched asking if I was ready for tuesday morning pickup... I told the guy that would not be possible.

I emailed the customer service manager asking for an update, and he responded with "our dispatch team is working on finding you a new driver with your new requested day". New requested day?! Thursday is the day I requested from the beginning.

After numerous time calling the customer service number and getting the voicemail, I decided to call the sales number. I get an answer, this guy gives me the "our dispatch team is working on finding you a new truck". He says he can go over there and check with them, I asked if he could just put me on hold since I was having a hard time reaching anyone. He said "it's not going to be an instant answer call back in 10 - 15 minutes". I said okay knowing i'm just going to get the voicemail asking to leave a message. I called a few more times and more of the same.

Now I am getting worried. The new/weather apps were predicting a storm for the weekend, still no update from stateway. I called my airline to see what I can do with my ticket, if I had to drive my car to denver. They said my ticket is non-refundable, I asked if they could give me a credit and I would use it later on. They could give me a credit that was good for a year but when I redeemed this credit I would be charged a $200 penalty... I thought I would give stateway one more try, continued to get the voicemail. I even tried the chat rep on the website and now she is ignoring me... I could not wait any longer due to the possibility of a storm coming and wanted to beat it. I had to take vacation time and drove to denver.

It is now saturday, stateway has made no attempt in emailing/calling me. They have pretty much failed to provide a service that I paid $195 for. I'm very disappointed in stateway, they strengthen my belief that customer service nowadays is non-existent.

Please share this review with anyone you know and ask that they share this as well. We need to inform folks on how shady stateway conducts their business.

Called many of times and no one answers the phone. Wrote emails and no response. Was told my deposit was on $145.00 originally and then I was charged $175.00. It's suppose to cash or money order to driver and I'm hoping the driver doesn't same other price different from what I was originally told to pay the driver.

No insurance coverage for $6000 worth of damag

NO INSURANCE coverage for $6000 worth of damage!!! My original review was removed after I called David at Stateway to ask for a deposit refund for writing a review. He must have hung up on me after he read my review, because it was removed. THEY ARE A MIDDLEMAN and their insurance is not covering the damage to my car.

Pickup and delivery was very late. Paid additional $100 to expedite pickup, which still took an additional week. Delivery was very late. Driver and customer service person provided almost no support nor communication. Transport company was Lakeshore Motor Carriers, and driver appeared heavily under the influence of methamphetamine. She [picked up the vehicle after 10 PM, and dropped my car on its side completely damaging everything from fender to bumper. Argued with husband (business partner) over the phone, screaming profanities at each other. Damage to vehicle has been estimated at over $5700, and no response from Lakeshore Motor Carriers or their insurance provider (Canal Insurance). Observed other damaged vehicles on trailer, including a completely destroyed Harley Davidson sportbike laying smashed on its side.

first this company told us it would be door to door to pick up our car and some money would come out of the creted card then cash on deliverly, we get a call after that they could not come near our house then they say you could track the car thats a lie then after 8 days they finilly get to NY where they called and told us to meet them on the van wick exp. that is one hour from our home and as i was driving only cause we needed our car so we did what they said went one hour away as we were driving they call on our cell and started threting us if we are not there in 10 min that they will in pound our car, at this point my wife was beging them not to in pound our car for we are allmost there and stock in traffic she was saying please do not leave we are trying to get there and all they kept sayin that they will in pound our car. that was such a strassful experence what if it was an older person she could not go so far to get her car they will in pound it. when they told us from the beginning that it wass door to door. i am reporting this for i would never want to see anyone go through this. horrible experence + very nassty people all i could say if never go cheap for u get what u pay for and to us it all was false advertizing. please stop them from what they are doing to people that wrong.

My spouse is active duty military and we received orders to move from NC to CA. I contacted Stateway Auto at...

My vehicle was picked up almost 3 weeks late. Calls were rarely returned. No one is ever available by phone. I think Rebecca is the only person who actually works there. I originally spoke to Anthony. After my car was not picked up as requested, he stated that he was working out routing. I tried to plan and allow myself plenty of time to have the car transported, so I gave Stateway an additional week to pick up the vehicle as a courtesy. It was still not picked up. I had to pay to have my car stored, hoping someday it would get transported. I finally spoke to Rebecca a week later after leaving many messages that were not returned. She told me that I was on an easy route. Within 2 days, the vehicle was picked up and transported. It was stated in writing that a refund for my deposit would be made within 5 business days due to the fact that I had to pay additional storage, I was almost 2 weeks without a vehicle due to their negligence and I placed a deposit to have my vehicle picked by a certain date and it was well beyond that date that job was actually done. As of today, almost 10 days later, the refund has still not been credited and no one will return my call.

Dont count on getting your car back or picked up on time. The driver they used, Nate was amazing. He kept in communication with me, even when his truck blew a tire and was going to be late. He was my only peace through this entire situation. I ended up paying $165 more than I planed to Stateway, just to get my car back. They are untrustworthy, undependable crooks and liars! I would strongly advise against using this company.

6000 worth of damage! NO INSURANCE

NO INSURANCE coverage for 6000 worth of damage! My original review was removed after I called David at...

Stateway Auto Transport
0
%
Doing nothing would be this company's favorite pastime, if they had the energy for it.