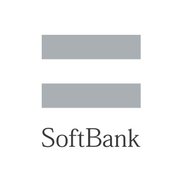 Having problems with SoftBank?

ComplaintsBoard.com is not affiliated, associated, authorized, endorsed by, or in any way officially connected with SoftBank Customer Service. Initial SoftBank complaints should be directed to their team directly. You can find contact details for SoftBank above.

Use this comments board to leave complaints and reviews about SoftBank. Discuss the issues you have had with SoftBank and work with their customer service team to find a resolution.

I bought a phone and specifically asked the employees what the return policy was. The employees did not know...

Softbank is the worst cellphone provider. If you are a foreign and new to the country, DO NOT use Softbank...

I purchased a prepaid sim card to use with my iPad. I was cycling from Niigata to Hiroshima and needed an affordable why to keep in contact with my family back in the USA and my friend back in Niigata. After much research I found that SoftBank sold a 1 gig prepaid data sim card. I went to bic camera and the sales rep sold me a card. It worked wonderfully! I was able to get a connection while cycling through the mountains of Matsumoto! Though i thought it was peculiar the network i was connected to said Docomo. When I hit the 1 gig limit I was prompted to renew by credit card. I did so, but noticed it was through b-mobile's site. The service continued to be stellar. I made it through my trip safely thanks to this card.

Now I am living in Saga, Japan and need portable Internet access. I went to the SoftBank by Saa Station, next to the AU. They took an hour of my life only to inform me that they couldn't do anything because I had a Docomo sim card.ok.i understand...but Docomo doesn't sell prepaid service. Fine. They didn't even seem to care that one of their 3rd party representatives was selling another company's product/service under their name. And instead of selling me a SoftBank prepaid sim card, their eyes ushered me to the door, as if doing their job as a customer service rep was such an uncomfortable inconvenience. I don't know which company to thank for the excellent Internet service, but I do know which one doesn't hold integrity to be an important value.

Hello,
I was in Tokyo, Japan from July 2010 to April 2011. I got a post-paid mobile connection with SoftBank Mobile from Sep 2010 onwards and my mobile number is 080 [protected]. Initially I have given my ICICI credit card for bill payment as I didnt have local savings account. For the first month bill - SoftBank deducted Rs.19, 473.18/- from my credit card. The actual bill in Yen is 33, 976.00/-. However, they sent me the same bill to my Tokyo home address somewhere in Dec 2010. I was not aware that it was of same month's bill and I paid the same at local convenience store. This resulted in double payment.I realized the double payment later at some point in Jan '11 and started talking with SoftBank. Seems like SoftBank recieved an instruction/memo from ICICI bank in Dec 2010 asking them to cancel that transaction. Hence they sent me the same bill to my home address. They also claim that they have explained the same in that bill, since everything is in Japanese language, I didnt understand. From subsequent month onwards, SoftBank started deducting the bill amount from my Shinsei bank savings account as per my standing instructions. I got my savings account by that time.

SoftBank
50
%
This company is on the right track to keep up with incoming complaints, but there's still plenty of work to do.